Will this be the end of Kaido?

One Piece has reached a climactic point of the Wano Arc in the final showdown! The fight takes place between two adversaries who have the same dream: To become the New King of the Pirates. But, both Luffy and Kaido are facing an enemy as tough as their own ideals. This has caused the great fight of the War on Onigashima to reveal a new power of the captain of the Mugiwara with which he could defeat Kaido on the roof of the Skull Dome.

At chapter 1036 of One Piece have also reached the outcomes of the confrontations against the Tobi Roppo, the group of pirates under the orders of Kaido. In fact, we finally got to see the face of King, the mighty warrior of the Lunaria race, who was fighting for the dream of the dictator of the country of Wano to become the next pirate king. But, this does not end there, Yamato is also in a race against time preventing Onigashima because of the burning hatred of Kanjuro incited by Orochi.

Meanwhile, Luffy and Kaido have been attacking each other with their most powerful techniques through Onigashima while their fight has continued on the roof of the Skull Dome, due to this the building has collapsed and this monument to the dictator of Wano has started to fall and fall. He leads his own nation. Luffy has to defeat his adversary as soon as possible, not only to save himself, but to save the entire population that is having fun at the festival without realizing that they could die at any moment. And, it seems that the captain of the Straw Hat Pirates could pull it off, as they let us know in One Piece chapter 1036:

One Piece Chapter 1036 finally revealed the true progress of the fight between Luffy and Kaido in which it is clear that Luffy is now at Kaido level this time around and can respond to each of their attacks without even breaking a sweat. Kaido even used his Hybrid Beast form to attack the captain of the Straw Hat pirates without managing to knock him down like on previous occasions.. Quite simply, Luffy is doing much better in this third round than in the first two fights he had with the dictator of Wano and lets us see the end of this exciting onslaught.

Read:  Steam patents a system that allows you to play a video game "without limitations" before your download is finished

Luffy’s impending victory in One Piece

Between one and the other there has been a constant exchange of blows, both Luffy has been hitting Kaido with attacks as hard as Kaido has been hitting Luffy with everything he has, and just as One Piece chapter 1036 has come to an end , both opponents start laughing at how much fun they are having in this fight like never before. This show of respect between these two pirates is a small gesture that can be allowed in the midst of this collapse, as they recognize the level of power that they now possess, this level of trust also feels very different from what it had shown before. Luffy is closing in on a royal victory this time, and now it’s just a matter of seeing what his next move actually is.. 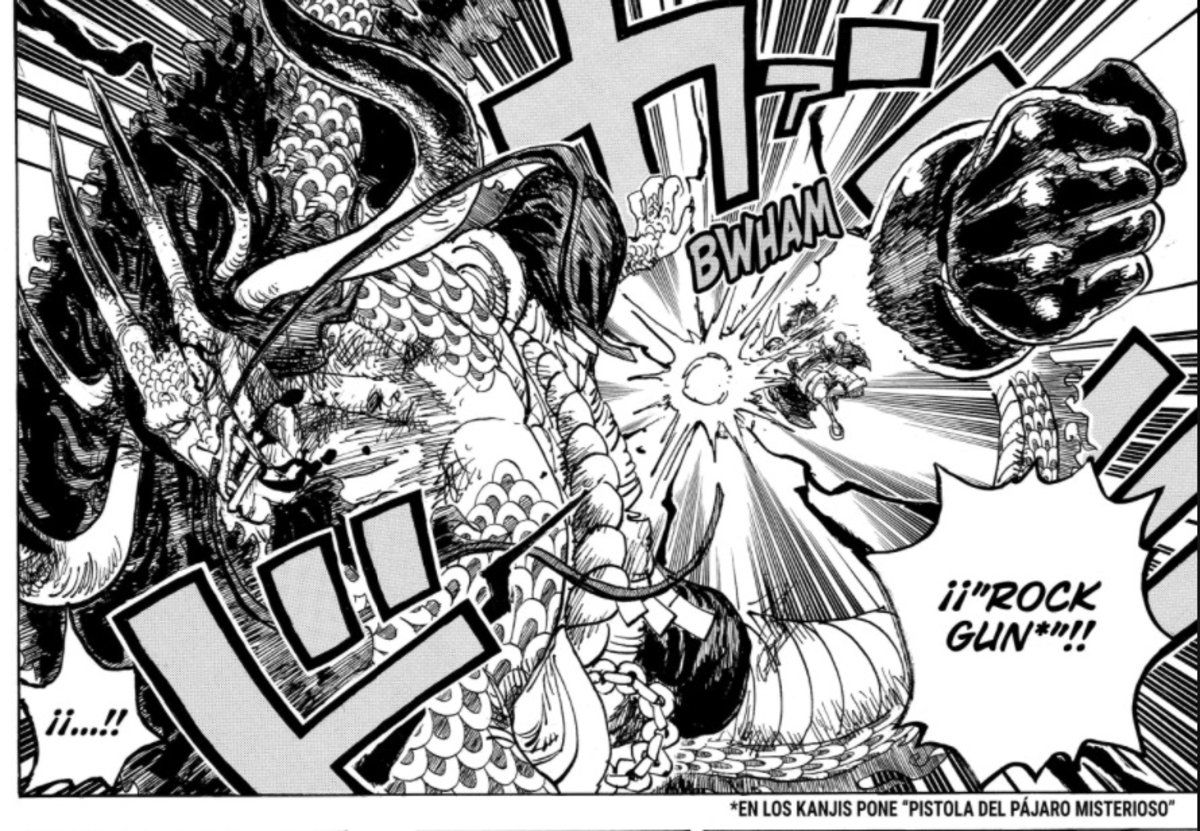 The last time we saw Luffy fighting Kaido, he could barely stand up to his powerful attacks (even without his hybrid beast form), as he harnessed his Haki to survive each of his attacks. The growth of the captain of the Straw Hat Pirates in One Piece 1036 is something that we cannot deny and that will be important for the development of the fight. But at the same time, Kaido has also been regaining his strength after each attack, the dictator of Wano is not going to give up his dream of becoming the next Pirate King so easily. Unfortunately for this powerful villain, it seems like Luffy has something in mind to win the fight at the end of the day and will use all of his tools, techniques and abilities to achieve it.. Hopefully soon to see this climactic outcome to the arc of the Wano Country.

Activision has filed a lawsuit against EngineOwning, a site famous for selling cheats for Call of Duty and other pc games.

These are the top favorites at the 2022 Golden Globes

A fan art shows us a unique version of Kainé