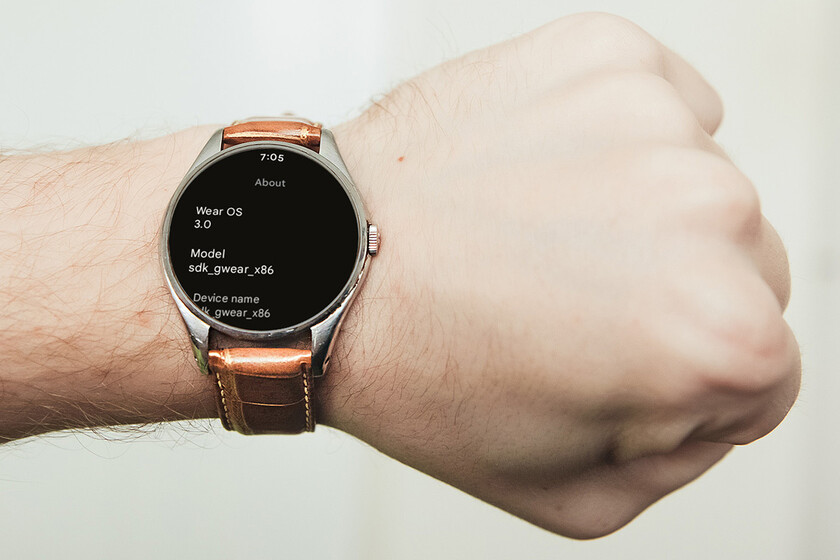 Wear OS 3 is official since the last Google I / O as the perfect fusion between Wear OS and Tizen, in which Samsung seemed to take the lead. After all, Wear OS 3 was released on the Samsung Galaxy Watch 4, customized by Samsung.

While we waited to get our hands on the first smartwatches from other brands with Wear OS 3, the question remained in the air of what stock Wear OS 3 looks like, without Samsung’s hand. Now we have the answer to this question thanks to the fact that Google has published the official Wear OS 3 image for the Android Studio emulator.

This is Wear OS 3 without Samsung

Wear OS 3 is the fruit of joint work between Google and Samsung with their corresponding operating systems for smart watches: Wear OS and Tizen. Until now we had seen it in action in the last Galaxy Watch, which bring Custom Wear OS 3 in which Samsung’s own applications abound.

The official Android Studio emulator (based on Android 11), shows us how is Wear OS 3 stock, without extra customizations. It is not a radical change from previous versions, but there are several interesting redesigns in the design. For example, the switches in the settings show a background color that makes them stand out much more than before.

The option lists also change their design, also having a light gray background color with rounded edges, whereas in previous versions only the icon was highlighted. They are slight changes, but they make the interface look a bit more modern.

Read:  The Pixel 6 will debut 'Live Translate' to translate messages, transcripts and more in real time

In the clock settings there is a new section called Health services, where you can enter personal data such as gender, height and weight, without more. On the other hand, the settings include the option to use the triple-tap gesture.

A curious novelty of Wear OS 3 is that it includes a screen recorder integrated into the watch’s shutdown menu, natively and without the need to use the Wear OS application on the mobile, connect via ADB or similar. That is, you can record the screen on your smartwatch from the smartwatch itself. It makes sense to include this novelty since Wear OS 3 is based on Android 11 and the native screen recorder was one of the novelties of this version for mobile.

Still it will take us to see Wear OS 3 without SamsungWell, unless there is a last minute surprise -or an early Pixel Watch- the Wear OS 3 updates announced for the TicWatch will go to the second half of 2022, so be patient.