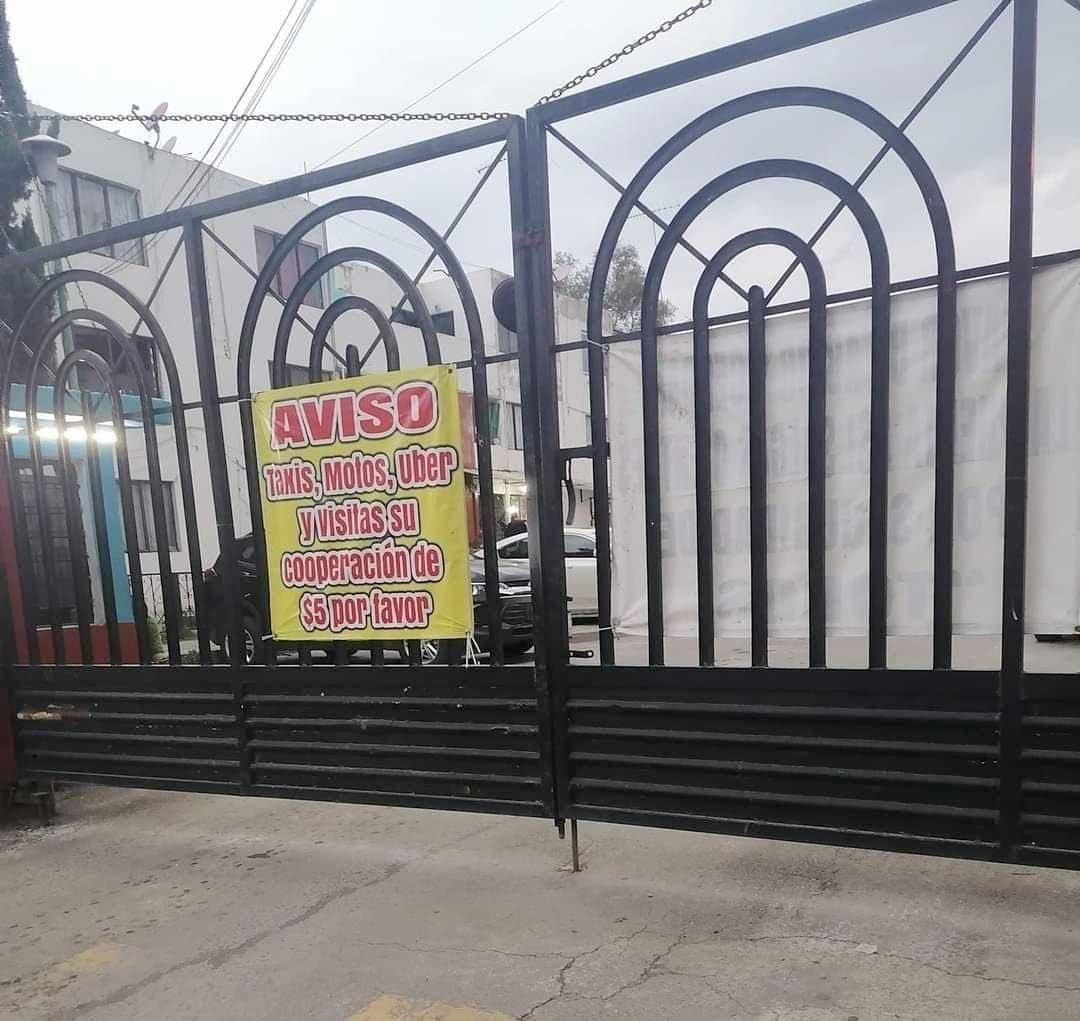 An image that is circulating in networks is causing all kinds of reactions, apparently a residence asks for a cooperation of 5 pesos to anyone who wants to enter and is outside the condominiums, for example; taxi drivers, food deliverers and chauffeurs “didis” and “ubers.

The outrage was such that many accused the residence of “taking advantage”.

Let us remember that for this type of workers there is still no formalization on the platforms, as well as an adequate commercial relationship, since most of them work up to 13 hours a day, without legal benefits, without medical service and without the correct remuneration.

The use of delivery increased considerably in recent years, in Mexico alone just over 18.1 million users order takeout, of which at least 9.1 million order through apps like Uber Eats, Rappi or Didi Foodand just over 83 percent use these platforms, of which 76 percent order food, 60 percent order products from the supermarket and only 53 percent deliver, This is in accordance with what was pointed out by AMVO.

In addition, he estimated that the business of delivery will continue to grow due to the ravages of the pandemic, since there will be 34.4 million users of home delivery apps in Mexico by 2023, 134 percent more than in 2017.

According to the Mexican Association of Online Sales (AMVO), and83 percent of Mexican Internet users use a delivery app, of which:

However, to serve the growing demand for first-line deliveries, there are just over 350,000 delivery partners per application, who do not have social security or legal benefits, as indicated by the director of Oxfam Mexico, Alexandra Haas. That is why recently the Ministry of Labor and Social Welfare (STPS), announced that an approach has been sought with directors of Uber, Didi, Rappi and other technological platforms so that they recognize almost half a million collaborators, drivers and delivery people as their employees and formalize them before the Mexican Institute of Social Security (IMSS).

However, practices such as the “cooperation” of the residence highlight the lack of empathy that exists towards workers who use this type of platform. Last week we reported that while delivery people can work the days and times they prefer, the need to add income means that they must do it more hours than the legal ones and, at the same time, without any kind of state control. The quality of life does not seem to go hand in hand with this kind of jobs.

Given this scenario, a photograph of two delivery men taking a nap in the middle of the street while waiting for a new customer to deliver their orders to.

The publication of the photo taken in 2019 by Tiago Queiroz was made on Twitter by the doctor in Social Sciences Cora Gamarnik during the last weekend.

Beyond the debate that was generated, what is interesting is to see how from a photograph labor disparities can be revealed, as was the case of the residence that asks for a cooperation of 5 pesos from “didis” and “ubers” to enter.

To which many users reacted in this way:

What shows us the lack of empathy that exists before the workers who use this type of platform and the type of “strategies” that people are willing to use in order to generate extra income.