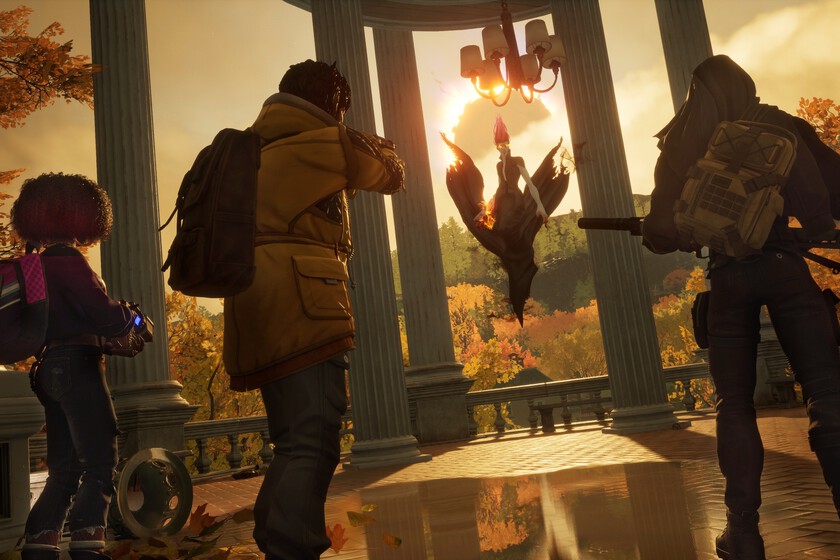 It was going to be one of the star titles of Microsoft and Bethesda for this 2022, but we will have to wait another year to see it. Redfall left us with honey on our lips during its last portion of content at the Xbox & Bethesda Games Showcase and now it leaves us with several more brushstrokes.

With the latest trailer leading the news, we can learn a little better about the world that awaits us on the vampire island. Located in Massachusetts, we can choose between four heroes that we can customize in multiple aspects.


Arkane Austin has shaped Layla Ellison, student with telekinetic powers or Jacob Boyer, an ex-military sniper capable of using his vampiric eye to not miss a single shot. We can also control Remi de la Rosa, a combat engineer who is accompanied by her friendly Rogue robot. Finally, the last to join the cast is Devinder Crousley, a cryptozoologist who has been able to create his own weapons.

Of course, each of them has unique abilities and equipment so that we can choose which one we feel most comfortable with. In addition, we can explore alone or accompanied by three other players. Here’s how creative director Harvey Smith explains it:

“Redfall is an open world game, but you can play solo with any of the heroes. The pacing is more exploratory; you can use reconnaissance and stealth skills to gather information about encounters and avoid enemies, or attack them by surprise”

Sure enough, the entire island is completely infested with vampires. However, its behavior is far removed from what we might find in a knight like Count Dracula. In reality “they are predatory monsters that feed on vulnerable people to become more powerful,” says Smith.

Created by the fault of failed scientific experiments and with psychic powers, they are distinguished by creating a clear hierarchy. We will have the typical minions at the bottom, but as we go up the steps the task of eliminating them will be complicated. On the other hand, they are not the only threat that we will find in redfall.

Read:  Three satin dresses (and in full color) by Massimo Dutti that could be signed by Francisco Costa in his Calvin Klein era

And it is that a group of sectarians have decided to start worshiping them and although they are not such a worrying danger, they have established bases and patrols throughout the scenario. Precisely in this enclave we will be able to carry out tasks of all kinds such as take back neighborhoods.

To do this, we will have at our disposal a good arsenal made with resources of all kinds. Production Manager Ben Horn thinks we won’t get bored with any of them:

“Our weapons add an interesting twist to the genre. We have loadout options that players already know and love, like rare shotguns and sniper rifles, all with randomized weapon traits so each option seems to have endless combinations. Plus , some of our weapons are exclusive to hunting vampires, such as the stake launcher or the ultraviolet beam, and can be used tactically to eliminate the vampire threat”

However, facing each situation can be done in multiple ways. The range of possibilities varies from being able to use stealth tactics to break in without any control. Once again, Smith makes it clear to us what we can find:

“Redfall is a game where you can use stealth to attack your enemy by surprise, get a good vantage point, or avoid combat altogether. It’s not a game that requires stealth only, but a shooter that allows you to use that skill. We love it this way because having AI with simulated hearing and vision always makes for dynamic and engaging gameplay.

Stalk enemies, avoid detection, use the right type of weapon and damage, choose when to use your awesome powers, know when to end the fight and stake a vampire that has been petrified by ultraviolet light… , it’s all part of Redfall’s tactical gameplay”

redfall It is scheduled to launch sometime in 2023 exclusively for Xbox Series X/S, xCloud, and PC.