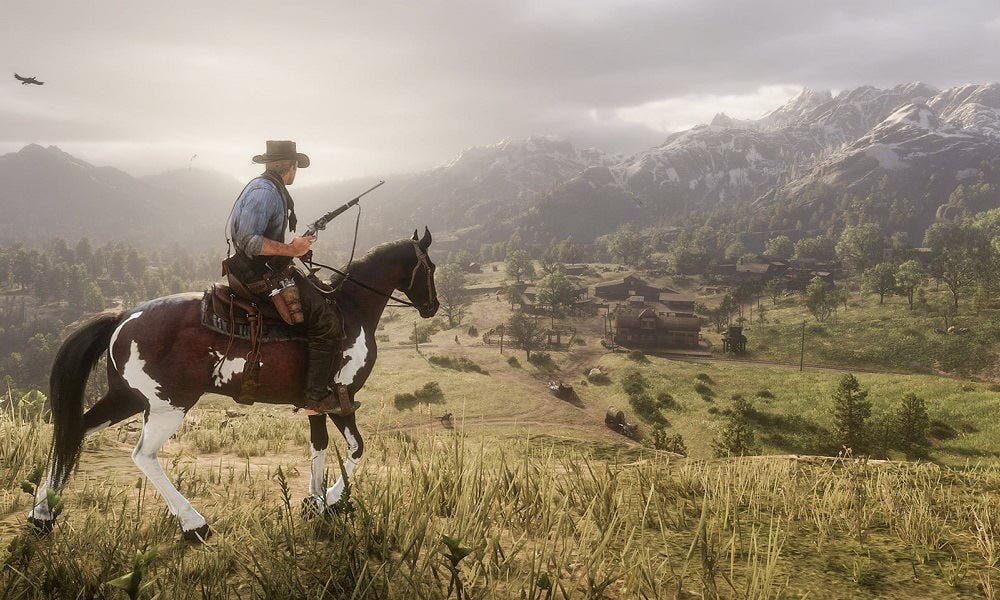 Rockstar Games and Nvidia have been promoting details about the new features coming to Red Dead Redemption 2 for quite some time, courtesy of Nvidia’s new graphics technology. Recently, the title has been updated for PC, finally adding DLSS support, resulting in a significant performance improvement. This improvement represents a big leap for 4K resolutions, and it is expected that they will soon reach other platforms.

Through its YouTube channel, Nvidia has shared the official video of the update launch, which shows in parallel, Red Dead Redemption 2 running with and without DLSS enabled. The impressions left by the trailer are quite good, since it significantly improves performance with a 4K resolution. Recall that the technology from AMD will have very similar characteristics, which will reach the Xbox Series X | S games.

As can be seen in the video, Nvidia technology is shown in parallel. On the one hand, the game is shown running with DLSS enabled at 4K resolution, maintaining performance between 70 and more than 100 fps, while with technology disabled, performance shows between 60 and 70 fps only. Undoubtedly, an incredible graphic leap that will make fans of the title want to play it again in a much more fluid and dynamic way.

So much Red Dead Redemption 2 and Red Dead Online now support DLSS technology on compatible graphics cards, which will mean 45% faster performance. For its part, AMD, with its FidelityFX technology, is expected to reach the same level as DLSS, allowing the titles not only to be run on PC, but also on console. with the same quality and performance.

Last updated on 2020-11-28. Prices and availability may differ from those published. SomosXbox could receive a commission for your purchases. More information.