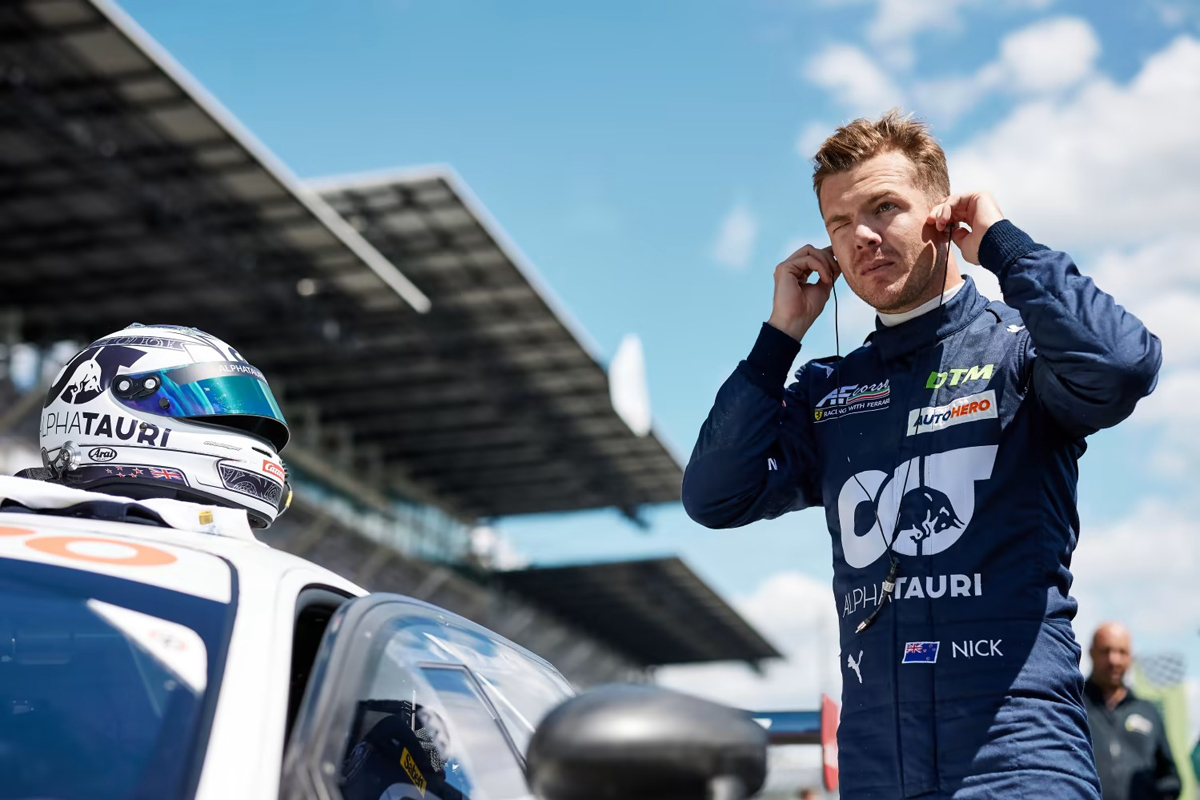 Ayhancan Guven will be the driver in charge of competing with the #37 Ferrari of the AF Corse team in the fourth round of the 2022 DTM season. The clash of dates of the German series with Formula E means that Nick Cassidy cannot get behind the wheel of his GT3 in the event held on the urban track. A situation similar to that experienced in Portimao, although then Cassidy was replaced by Sébastien Loeb, reserve driver appointed by the team. However, the Frenchman will not be present at the Norisring.

Although it seemed that Sébastien Loeb was going to be in charge of taking Nick Cassidy’s seat in at least two of the New Zealander’s three absences, the nine-time WRC champion has too tight a schedule. This same weekend he is taking part in the Safari Rally, while on July 6 and 7 he will already be in Sardinia to take part in the two rounds of Extreme E on the Mediterranean island. Though the event at Norisring takes place between July 1 and 3, the preparation for the Island X-Prix complicates everything.

In this situation, AF Corse and Red Bull have opted for an in-house driver like Ayhancan Guven. A signature sponsor athlete for energy drinks, Guven has won the Porsche Carrera Cup title in France for two consecutive seasons. In 2021 he made the leap to the Porsche Supercup, a championship in which he finished third. At 24 years old, Ayhancan also has other successes such as the triumph achieved in the FIA ​​GT Nations Cup in 2018, in which he achieved victory for Turkey.

While Ayhancan Guven will be at the controls of the AF Corse Ferrari #37 in AlphaTauri livery, New Zealander Nick Cassidy will be competing in the Marrakech ePrix with the Envision team. A clash of dates planned and accepted by all parties, all of them knowing that Cassidy’s contract with the Formula E team states that the line-up project takes precedence in the event of a clash of dates with any other series. Same situation that already occurred in the opening event of the season in Portimao.

Nick Cassidy has a third clash of dates between Round 6 of the DTM calendar at Spa and the WEC 6 Hours of Fuji. However, in this case it is not very clear if the New Zealand driver is going to be dropped from the DTM, since Cassidy also competes for AF Corse in endurance, within the LMGTE-Am category. In addition to being the same team as the one that supports the Red Bull project in the WEC, it seems that there is no clause at this point that gives priority to one project over the other.

Follow the presentation of the new Volkswagen Amarok live

Voyager goes bankrupt and everything around it falls apart

They open investigation for the purchase of Microsoft from Activision Blizzard