Home Recipes Recipes to celebrate All Saints and Halloween in a big way in... 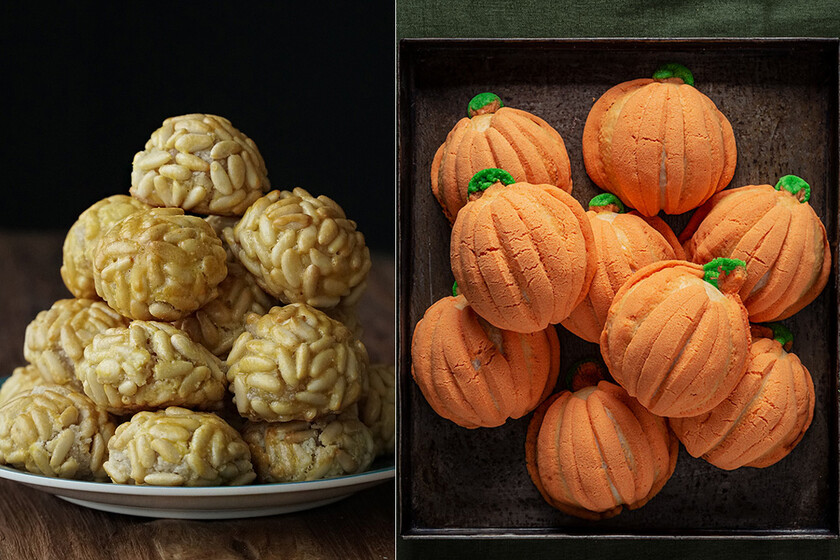 How tidy is this month of October, which leaves Halloween on Sunday to start November on Monday, which being a holiday for All Saints will suit us even better. The fact is that we already have the two autumnal festivities par excellence around the corner and we should be clear if we dare to prepare a recipe at home for the occasion.

The debates between the two and the mania of insulting those who also want to enjoy Halloween no longer make sense and we defend the right that each one do what they please. We love to defend our own traditional recipes, but that does not mean that we do not like to get carried away a little by the paraphernalia of the “scariest night” of the year; which it is not at all, but that is another matter.

Nothing better to be inspired than to visit other kitchens, that’s why we return to dive into the cookbooks of these parties of the blogosphere to get many more ideas. Sometimes it is enough to see something through a screen to make you want to jump to prepare it.

The first stop could not be other than the typical panellets and other deceased sweets, of which we have countless versions, and we never tire of discovering recipes from other houses. In MJ’s recipes we have some All Saints panellets very traditional, with its marzipan base and covered with Iberian pine nuts.

Pistachio panellets from I am made a kitchen.

Damián from I am made a kitchen also has to his credit a good collection of this sweet, but this year we are keeping his pistachio panellets, a dried fruit that hooks us when we eat it and that is not seen so much in the traditional pastry of our country. They could join the ChupChupChup trio, some appetizing quince, coffee and cinnamon panellets, for every taste.

We turn to the other protagonists of November 1, the rich fritters with all its forms and fillings. We really like the texture of Ettore de Bavette’s, who taught us how to make them apple fillings and caramel sauce a while ago, perfectly round. Silvia de My sweet temptation left us some super fluffy pumpkin and cinnamon, and Sonia de L’Exquisit showed us the Dutch version of the oliebollen, which curiously they take to say goodbye to the year. 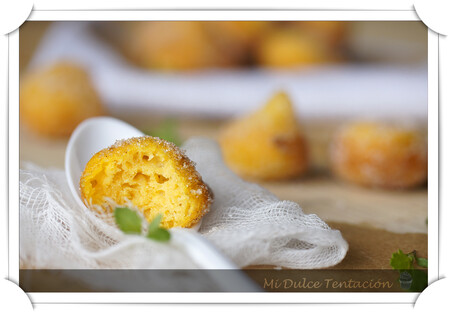 Pumpkin and cinnamon fritters from My Sweet Temptation.

And we closed the regional candy store with two lesser known typical ones, the very appetizing fogassa of Tots Sants d’Ontiyent that Thermofan taught us a long time ago, with sweet potato and anise, and pumpkin pudding Roski-cuisine and something more traditional from the Galician Samaín, with a touch of coconut and almonds.

We now turn to recipes and more than pure Halloween, this time focusing on the sweeter and less spooky side, although always with that funny touch of Halloween. 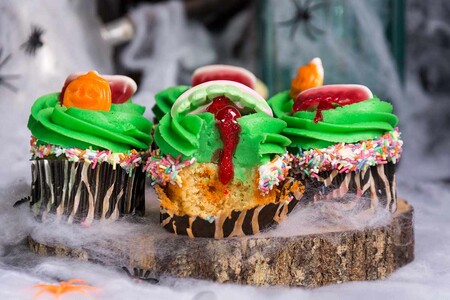 And it is that simply with caramel or sugar eyes we can already indulge ourselves with some fun eyes shaped like chocolate truffles, those of My Sweet Temptation, in an extremely easy version with condensed milk and cocoa, without heating anything. If we want to complicate ourselves a bit more we can imitate the showy ones Halloween cupcakes from Fabrisa’s kitchen, which doesn’t really have much more mystery than a little food coloring and some suitable chocolate or jelly bean. 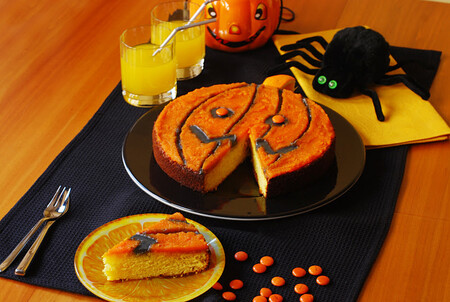 Food dyes give a lot of play, and only with the black color can we decorate a cake as apparent as Knife and Fork, a orange pumpkin whose coverage is made with carrot jam. If we want a cake that is pumpkin Seriously, the one from Trapped in my kitchen with a chocolate interior will appeal to even those who hate Halloween, and Harry Potter fans can accompany it with the butter beer from Bake-Street (for seniors only). 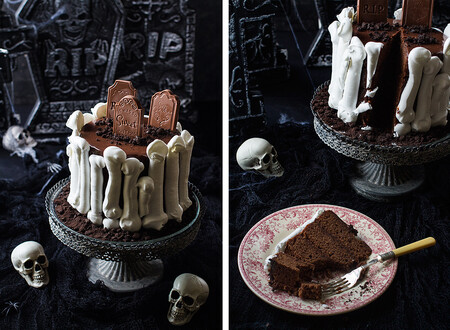 One of Two’s Halloween Sacher Cake.

And for those who want to really show off, we are left with two recipes that will raise applause at home, if you manage to bring them to the level of their authors. We are already in love with the halloween sacher cake that Pam from Uno de Dos showed us a while ago, and we remember her now that she also just released a new dessert book. Finally, the fabulous brioche pumpkins by Miriam in The Winter Guest, inspired by Mexican shells, simply precious.