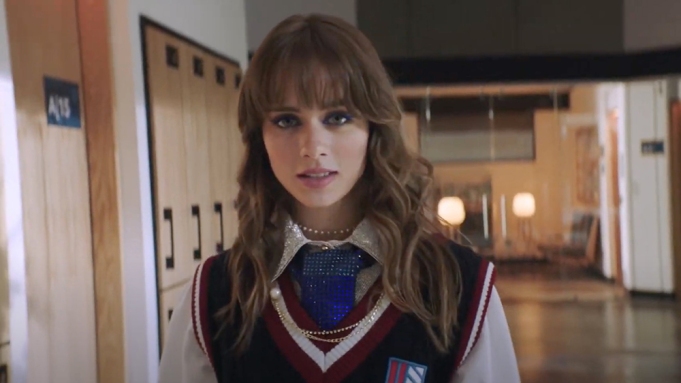 Between 2004 and 2006, the Mexican youth soap opera produced by Pedro Damián for Televisa, Rebel, monopolized the entire generation of Millenials with its plot and with the songs of the band that marked the entire generation. Now, Netflix put the batteries to regain the nostalgia of a whole generation and premiered the new renewed production of the soap opera. As a result of its launch, the conversation on the web increased by 260 percent, indicates Taboola Trends.

The second big increase in conversation in the Web by Rebelde

The last big news from RBD came out in 2020, when on December 6, four of its members met again on stage to delight the fans, except Alfonso Herrera and Dulce María.

And although more than 15 years have passed since its great boom, in 2020 they gave a lot to talk about by uploading their entire discography to Spotify and the results were impressive, as the band’s songs had 60 million listens in the first seven days on the platform.

In 2021, according to information from Taboola Trends, its most important rebound in the Web It happened in November 2021 when actor Enrique Rocha passed away.

With the situation, the former members of RBD gave their condolences to the departure of the villain who had a presence throughout the soap opera as the father of the character played by Christopher Uckerman.

Read:  Media, this is for you

The conversation in the Web It increased due to the fact that through Twitter the actors Uckerman, Dulce María, Anahí, Alfonso Herrera and Christian Chavez gave their opinions; however, Maite Perroni did not.

The new version of Rebelde

It is true that the new version of the soap opera Rebelde has not stopped generating controversy. In addition to the fact that last Sunday the second season of the version was confirmed in the giant of the streaming.

In this regard, Dulce María expressed in an interview that RBD will continue to live for the generations it marked and that this new version represents a tribute. However, she fears that an entire generation will not yet accept her.

For his part, Alfonso Herrera congratulated the new production on Twitter, reminding them to review their contracts well. This is due to the injustices declared by the members who lived as part of the musical project.

RBD became more than a telenovela and although the band released their first album in 2004 –as a result of the success of the Televisa series–, songs like Sálvame, Just stay in silence and Rebelde continue to encourage the generation. Millennial.

With their second album “Nuestro amor”, which was released in 2005, they received their first Latin Grammys nomination. Until 2009 they continued to publish albums and tour the world, from Latin America to Europe and now, years later, the name will persist in the conversation Web with the new Netflix release.