Home Gaming Realme GT Neo 2 is the perfect mobile for any Dragon Ball... Dragon Ball is one of the most recognized franchises worldwide, as it has managed to pass the time barrier with almost four decades of history under its belt. For this reason, it is not surprising that there is increasing interest in creating products for their fans as the Chinese mobile phone company has done. Realme who has released a special edition of their GT Neo 2 inspired by Goku, Vegeta and the Akira Toriyama franchise in general.. But, did you know this mobile phone before?

On January 4, 2022, the Realme company presented its new cell phone line known as GT2 Pro through a public event. Although the event was focused on presenting this model, the company took the opportunity to show a special edition of the Realme GT Neo 2 with a Dragon Ball theme that is now available in its[officialonlinestore(https://buyrealmecom/cn/goods/421)forabasepriceof2999yuanwith256GBofinternalmemoryand12gbRAMmemory[tiendaenlíneaoficial(https://buyrealmecom/cn/goods/421)porunpreciobasede2999yuanescon256gbdememoriainternay12gbdememoriaRAM

These kinds of promotional products from Akira Toriyama’s work show that the Dragon Ball community is as strong as it has been for many years. Although if you are interested in obtaining this limited edition cell phone, we recommend you go to the official Realme store as soon as possible, as this is a limited model (and you will also have to solve some questions about international shipping from China). At the moment, this themed mobile phone will not have an official launch in the West, which makes it difficult to obtain.

Read:  Stubbs the Zombie in Rebel Without a Pulse is free to download on the Epic Games Store and you keep it forever

This mobile phone has the same specifications as the normal Realme GT2 Pro model, with the slight difference of being inspired by the Akira Toriyama saga, more specifically in the time of Dragon Ball Z, with commemorative illustrations of Goku’s uniform from that time. The screen shows a wallpaper with Goku in his normal phase and his characteristic transformation, while the back of the cell phone resembles the clothing of the renowned character.

This Dragon Ball smartphone has a Snapdragon 870 processor, a 6.62-inch AMOLED screen and a 64-megapixel triple camera. Given these specifications, This item is considered high-end and if you are a fan of Akira Toriyama’s work and are looking for a new mobile device, it may be the perfect choice for you.. 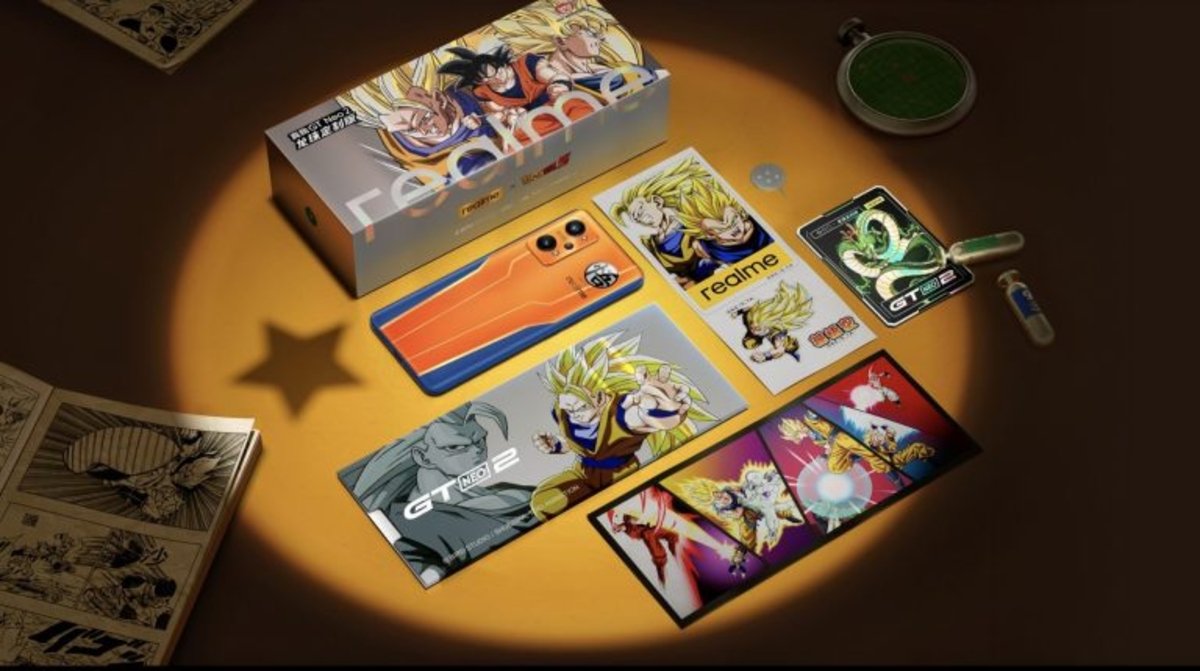 Unfortunately, as we mentioned at the beginning, at the time of writing this article there is no official launch date outside of China, so you will have to prepare for an international shipment. Its starting price is 2,999 yuan, which is equivalent to about $ 472 USD.