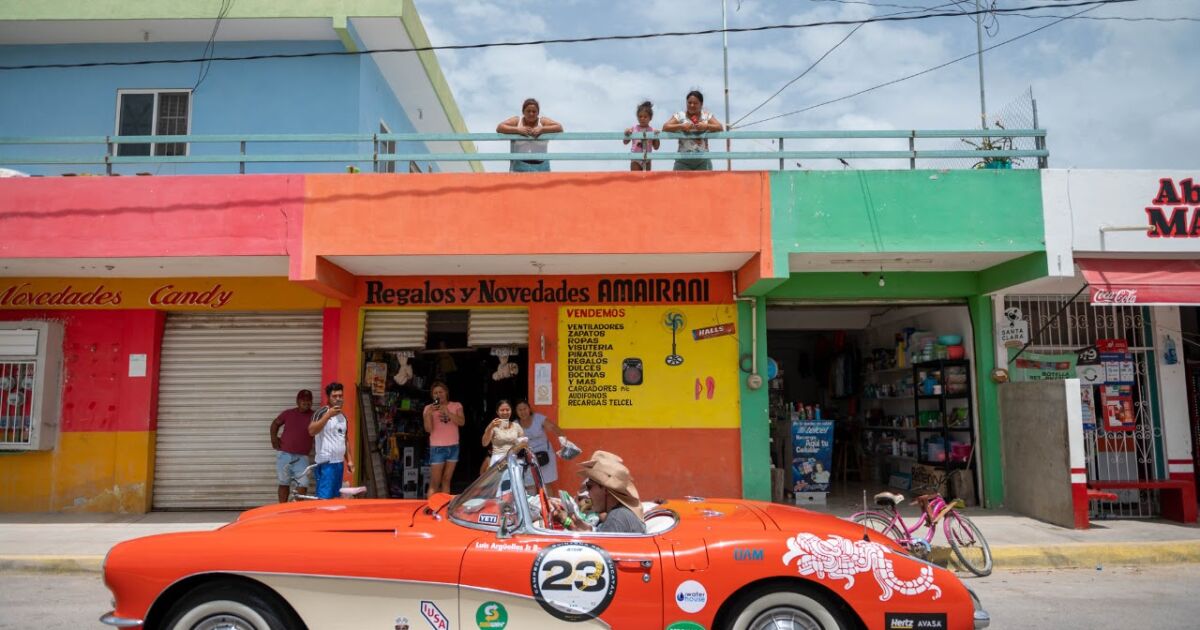 Hundreds of families took to the streets

The first beautiful memories were made at the car show, where it was a pleasure to see young and old admiring the vehicles that would participate in this eighth edition, then at the starting arch, in front of the Municipal Palace of the Benito Juárez City Hall in the Cancun, where children from the Astra Foundation (an institution specializing in the care of children with autism) were present, who excitedly witnessed the parade and took the opportunity to take photos with the beautiful cars that made up the contingent.

Hundreds of Cancun families also gathered on Cobá Avenue, and Andres Quintana Roo Avenue, where the little ones were the most enthusiastic, with great joy they said goodbye and wished success to the pilots at the beginning of this journey through the Yucatecan Peninsula.

The party moved after the end of the parade to the first meeting point, which was the town of Leona Vicario, where the classic cars were received with great emotion and where wheelchairs were also delivered, being a joint effort. with the Oasis Foundation and the Telmex Foundation.

Tower of God confirms that it will have a second season

Who is Francia Márquez, the next vice president of Colombia?