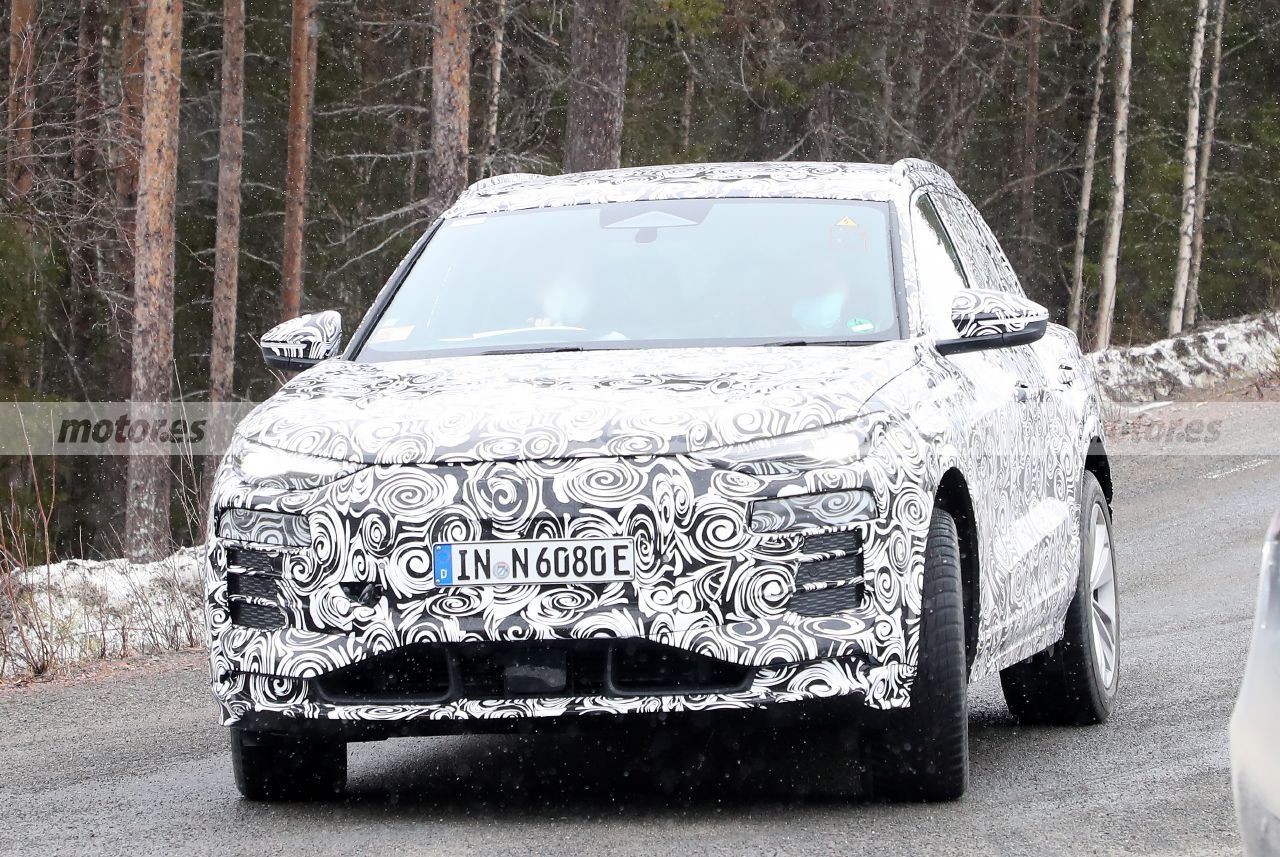 The prototypes of the new Audi Q6 e-tron 2023 begin to progress more adequately. The electric SUV has shed significant weight in recent weeks, giving a clearer glimpse of the distinctive front-end design. Some spy photos that also allow a quick look inside.

Because, like the also new A6 e-tron already in development, both models have front light clusters divided into layers, as manufacturers like to call them. The superiors are a thin strip of LED pixelswhile the dipped and main beam lights are on a lower position. They are equipped with the exclusive “Matrix LED” technology. offering a powerful light beam, while being perfectly integrated into the front area of ​​the new Q6 e-tron, as you can see in these spy photos.

The Q6 e-tron features the panel that covers the space of the Singleframe grille, with a satin finish as in younger siblings. Even with the Q4 e-tron it also shares the shape of the side, with an extended roof line that, together with a very generous length, and at a low height, allows to create a very elegant, sporty and very aerodynamic silhouette, one of the great virtues that Audi looks for. The rear is the one that has not yet advanced in the loss of camouflage, revealing a new graphic of the lights, as in previous prototypes.

Read:  Two prototypes of the Porsche Panamera 2024 debut in spy photos at the Nürburgring

But our photographer has managed to get close to the side to get a very quick look inside. So fast that it was hardly possible to see that the digital instrument cluster remains under the usual visor, although on the center console it will have a touch screen. Very much in line with the current generation of combustion models and very far, at the same time, from the sophisticated interior of the BMW iX that accompanies it in the test program.

Although a revolution in interior design is not appreciated, the new Audi Q6 e-tron 2023 will offer a wide interior space with five seats, although equivalent in the rear seats to that of an A6 Avant. The important progress in development shows that its presentation is getting closer, being scheduled to debut in the summer. The German brand will offer different power levels, with one and two electric motors, front-wheel drive and full quattro -as allowed by the PPE platform of Premium electrics- and two net battery levels: 83 and 100 kWh, with a maximum autonomy of up to 600 kilometers.