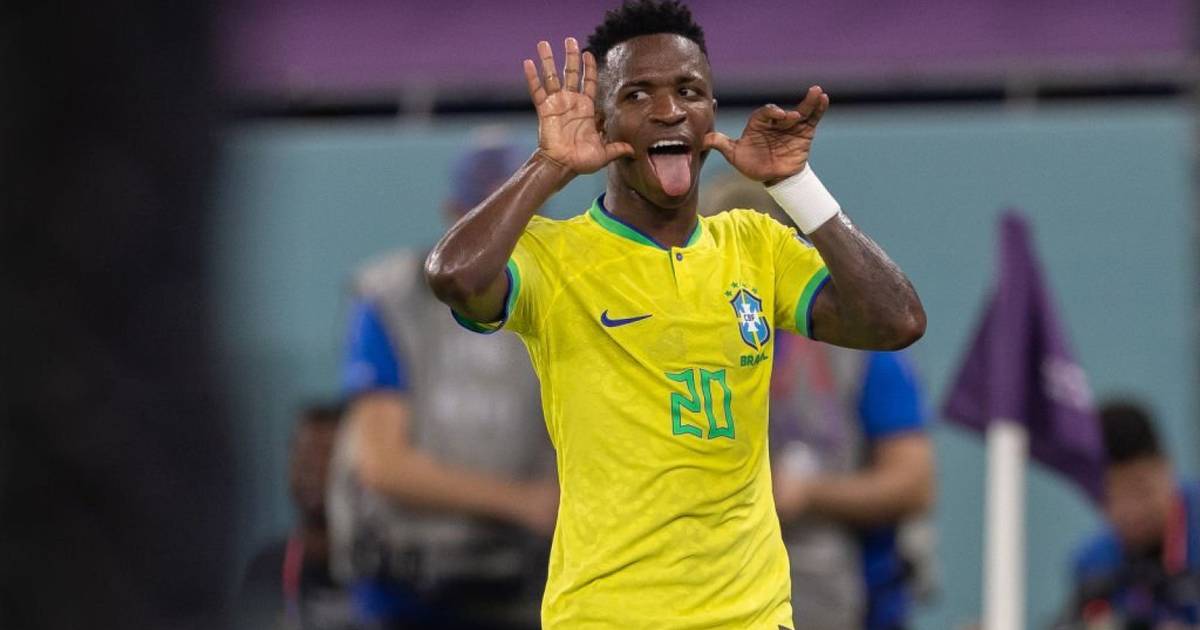 One of the rising stars in the soccer firmament, Vinicius Jr., feel slighted by Nike. The annoyance of the Brazilian attacker would even lead him to break the contract with the swoosh company after the Qatar 2022 World Cup.

The Spanish sports newspaper As indicates that the Real Madrid striker “has made the decision for weeks”. He even preferred to use an old model of Nike Mercurial shoes: his current contract is until 2028.

One of the main causes is a publicity video for Nike, from the Our claw is never done campaign.

Teammates like Richarlison and Rodrygo were taken into account in Nike’s advertising campaigns for the World Cup, but Vinicius was ignored.

While Rodrygo it appears in Our claw is never done, together with the footballers and artists, Endrick, Leticia Bufoni, Adriana, Mc Jariel, Djonga and Fred, richarlison He was in charge of presenting the Brazil jersey for the 2022 Qatar World Cup.

Vinicius signed his contract with the house of the swoosh when he was barely 13 years old: now, at 22, he feels that he is ready for bigger projects.

Born Vinicius José Paixao de Oliveira Junior, the native of Sao Goncalo, Rio de Janeiro, is one of the main pieces of the Brazilian team at the Qatar 2022 World Cup.

With the victory this Monday against South Korea 4-1 in the round of 16, Vini has played three games in Qatar 2022, all as a starter. He scored this Monday and has two assists, participating in the development of other goals.

He made his debut with Canarinha in 2019, and since then he has scored two goals in 18 appearances.

With Real Madrid you already know what glory is, reaching the Champions League last season, after scoring 4 goals and distributing 6 assists in 13 games. In the current European season he has 4 goals and an assist in 6 games.

What will Vinicius’s fate be if he leaves Nike? It is possible that Neymar sheltered him under his wings at Puma, or else be your way Adidas. We will have to wait for the outcome of the new Brazilian novel.