Qatar 2022: Great goals in World Cup history that would have been canceled by VAR 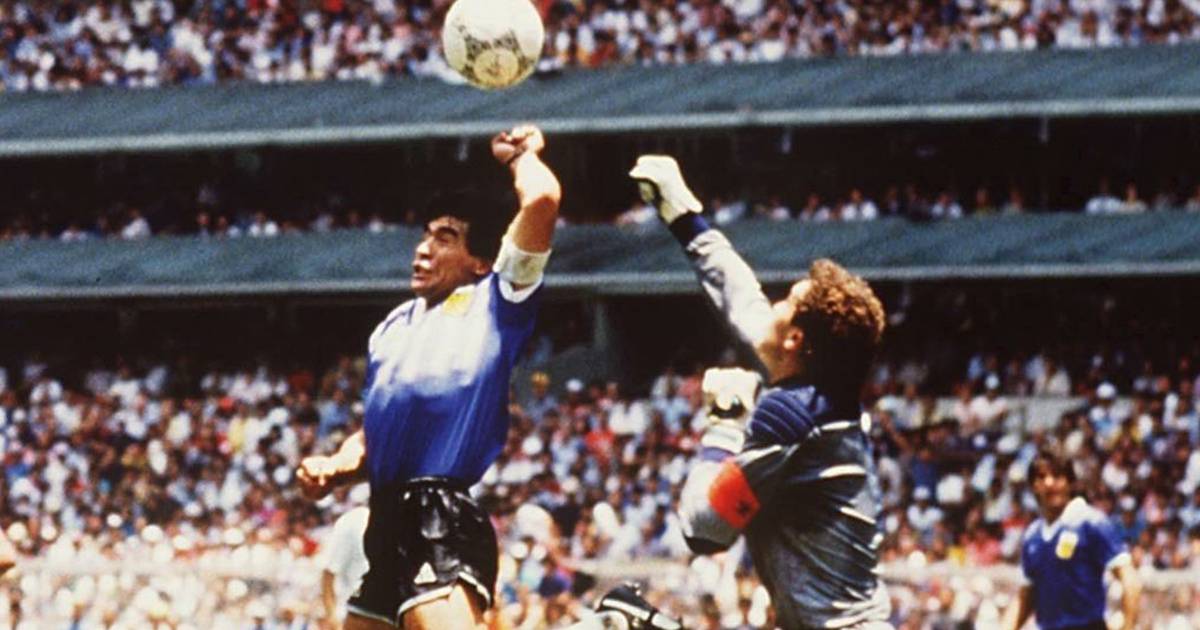 The history of the World Cups would have been different if the VAR was applied before. The Video Assistant Referee (VAR), or video assistant referee, is a FIFA referee assistance system with instant replay observation: with it, big controversial plays would have been resolved in another way.

It has been applied since the 2018 World Cup in Russia and in Qatar 2022 it has served to change or make several wrong decisions. Enter only four actions: goals, penalties, direct expulsions (never for double reprimands) and mistaken identity of those reprimanded.

In this counterfactual history exercise, we analyze what plays would have changed in the history of the World Cups with the application of VAR?

England 1966: At minute 101 of the final between England and West Germany, with the game tied at two, the Englishman Geoff Hurst shot and the ball hit the crossbar, hit the ground and came out. However, the Swiss judge Gottfried Dienst ran towards his assistant, the Azeri Tofik Bakhramov, and he validated the shot as a goal. The British went ahead, to the despair of the Germans, who ended up losing 4-2. The English media even tried to manipulate the images, but the videos show that the ball never entered.

Mexico 1986: Perhaps the clearest case, that of the “Hand of God.” Argentinian star Diego Armando Maradona advanced up the middle against England, and as he jumped he punched in his left fist to beat goalkeeper Peter Shilton. The ball entered, and the Tunisian referee Ali Bin Nasser validated the goal, before the angry claim of the British. The rest is history.

Korea-Japan 2002: The arbitration did everything possible for South Korea to advance as far as possible in the cup it organized. After a shameful match against Italy, with the disastrous refereeing of the Ecuadorian Byron Moreno (he gave the South Koreans a penalty that was not, sent off Francesco Totti for a double warning for a clear foul they committed and disallowed Damiano Tommasi’s goal for an advanced position that did not exist), came the quarterfinal duel against Italy.

In it, the Egyptian judge Gamal Al-Ghandour annulled two clear goals to Spain, one to Fernando Morientes arguing that Joaquín crossed when the ball had come out, something that the repetition showed did not happen, and another to Iván Helguera, also due to a previous foul non-existent. In addition, he annulled a clear goal play by Luis Enrique for offside. South Korea won on penalties 5-3.

South Africa 2010: The Englishman Frank Lampard scored a long shot against Germany, and the ball went in and out quickly, but the Uruguayan referee Andrés Cunha did not validate it. The Germans defeated the English 4-1, advancing to the quarterfinals.

Controversial plays that would have changed if VAR existed

And they are not only goals. There are also controversial plays that, with the VAR, had a different destination.

Spain 1982: The battle-hardened German goalkeeper Harald Schumacher collided, many say on purpose, with French defender Patrick Battiston inside the German box. It was a penalty and a straight red in any other commitment, but the Dutch referee Charles Corver did not even charge the foul. They tied 3-3 and on penalties the Germans advanced 5-4.

United States 1994: The Italian Mauro Tassotti elbowed the Spanish Luis Enrique in the face, which meant a straight red and penalty for the Iberians. However, the Hungarian referee Sándor Puhl did not receive anything, in front of the bleeding face of Luis Enrique. The Azzurra won 2-1, going to the semifinals.

Brazil 2014: An exit by the German goalkeeper Manuel Neuer knocked out the Argentine Gonzalo “Pipa” Higuaín in the World Cup final. The blow occurred inside the area, but the Italian referee Nicola Rizzi did not collect the penalty. The Germans won 1-0 in extra time, winning the four-time championship.

They do not enter the VAR review, for example, other plays such as Nigel de Jong’s kick to Xabi Alonso’s chest in the final of the 2010 World Cup (yellow only), or the rude shock of the Brazilian goalkeeper Carlos to the French Bruno Bellone outside the area in Mexico 1986, not charged as a foul.