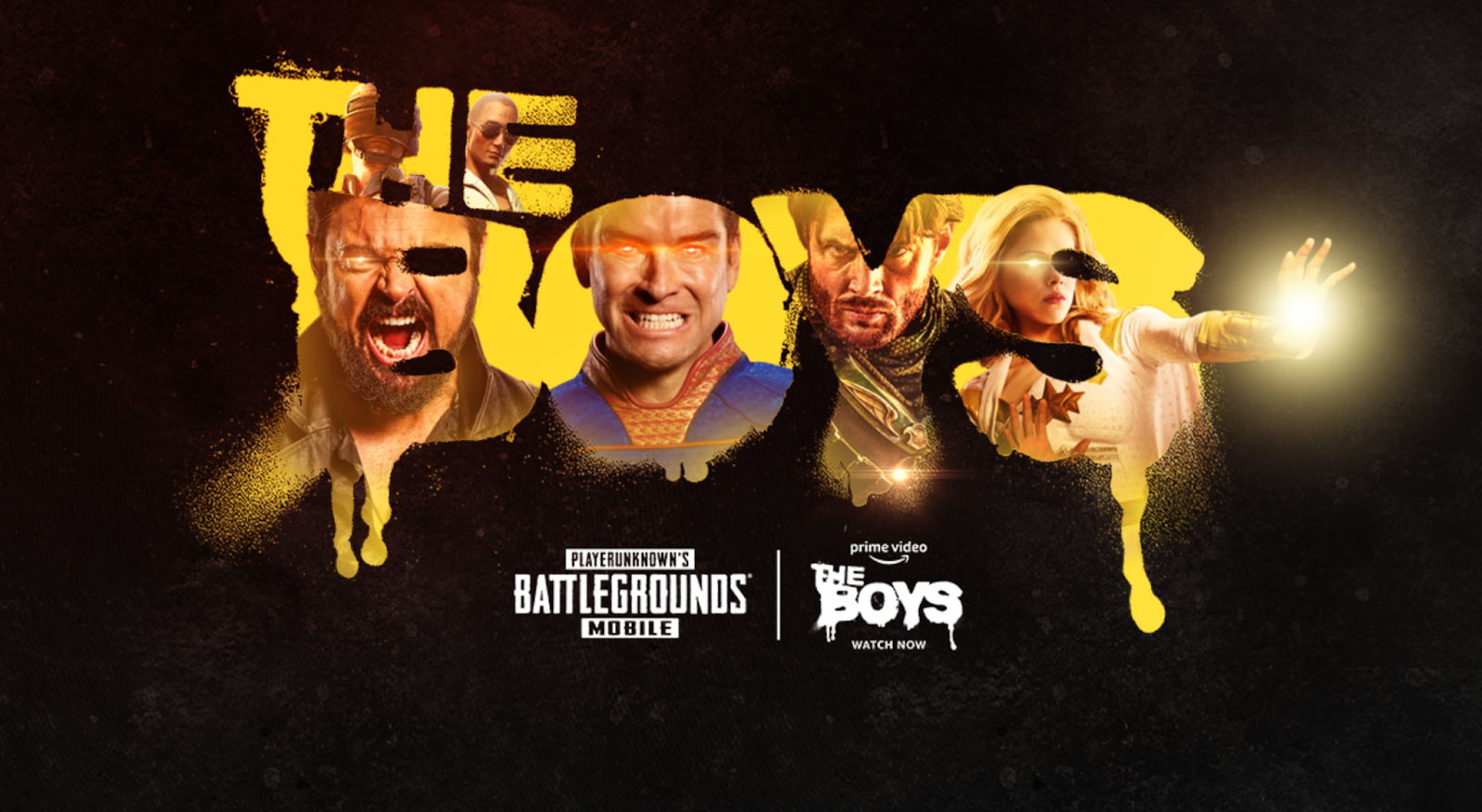 Index hide
1 PUBG Mobile introduces a new crossover alongside the “superhero” series The Boys. Can you solve the mysteries of New York? Read all the info here!
2 Share it with whoever you want
3 Related Posts

PUBG Mobile introduces a new crossover alongside the “superhero” series The Boys. Can you solve the mysteries of New York? Read all the info here!

If there is a game for mobile devices that does not stop creating content and updates, it is the PUBG Mobile. Mobile earnings even exceeded that of consoles, and it seems that with the new crossover, revenues will continue to increase. And it is that on this occasion they announced a collaboration with Prime Video, Sony Pictures Consumer Products and Sony Pictures Television Products to perform the least expected crossover: The Boys in PUBG.

TheBoys is a comedy and somewhat strange series of superheroes nominated for the Emmy. this collaboration is now available in the game thanks to the event “Supes spree”, where players will join billy butcher, the antihero of the series. Our task will be simple: find out who is responsible for a series of murders of employees of the stock exchange Wall Street in New York. Also, not satisfied with discovering this mystery, we will have weekly challenges that will allow us to win different rewards.

“The Boys is a television series that forever innovated the entertainment industry with its irreverent vision of superheroes.“, said Anthony Crouts, Senior Director of Marketing for PUBG MOBILE. “We always strive to bring fresh content to our players and this collaboration gives us an amazing opportunity to integrate real-time elements from the new season of The Boys directly into PUBG MOBILE.“.

Thanks to the premiere of third season of TheBoys, players will be able to get different themed rewards from the series. Perhaps the most striking are the suits of Homelander, Starlight and Soldier Boyas well as skinsbackpacks and much more.

This themed event the Boys will be available until next July 3 for North America, Europe and South America. If you want to know more about this collaboration, in this link you can visit the PUBG Mobile blog.