Promotes competition with CDMX arrival of Tesla to Nuevo León 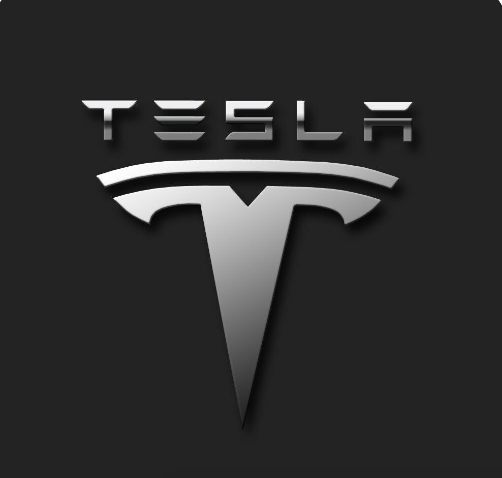 Different sources have assured that the electric car giant, Tesla, has seen in Nuevo León the opportunity to enter a more competitive market. This would be achieved through a Gigafactory, which would imply an investment of at least one billion dollars.

This news has turned around Mexico, since it is not the first time that a multinational company sees in the state of the North a great bet and an infinite possibility of growth. Subject to what is said in the coming days, this has not yet been confirmed, however, many have already assured that Elon Musk will make the official announcement before Friday, some other sources agree that this initiative could be announced even after Christmas.

In addition to these speculations, we have the foreign minister’s statements, Marcelo Ebrardwho at the beginning of December confirmed that the businessman, also the sole owner of Twitter, had visited three states in Mexico with the intention of looking for locations for his factory, and although he did not give details of which one would be chosen, everything seems to indicate that the state Monterrey has taken the big shot home.

This could undoubtedly mean a great advance for Mexico and the electrical automotive industry, because let’s remember that even the Federal government has recognized its interest in working in the sector through initiatives such as the Energetic reform. Now, many are wondering how this would impact state revenue.

Arrival of Tesla in Nuevo León

Tesla’s Gigafactory in the north of the country, according to what has been reported, it would have a total investment value, taking future expansions into account, of 10 billion dollars, this being already a fixed investment in most of its parallels in other areas of the country. world.

According to what has been reported, Elon Musk, the executive president of the company, would have visited the state in October to meet with the governor of Nuevo Leon, Samuel Garcia, with the intention of discussing the investment in Mexican territory. In addition, it is said that the ambassador of the United States in Mexico would have also been present, Ken Salazar.

The objective of this business alliance in Mexico would be that the factory located on the outskirts of the country would have the power to produce and manufacture components for the current Tesla models, while in the long term it would seek to generate a new model whose costs are optimized in relation to with other plants

This is how it is expressed in other spaces

As already mentioned, Tesla’s commitment to gigafactories has been constant and has similar characteristics. We can highlight, for example, when in 2021 the company decided to establish itself in Austin, Texas, contributing in the same way 10 billion dollars in its creation.

In the same way, the investment is considered consistent in relation to what was recorded in the construction of the Gigafactory in Nevada. These are construction bets “by phases”, with which the company gradually evaluates the performance of these investments, with the aim of optimizing and redirecting costs in the best possible way according to the requirements of each space.

As a contrast to these investments, we can put into perspective what investments from the same industry show. brands like Rivian invest in their factories near 5 billion dollarssuch as the one built both in Georgia as in Atlanta. With this, it is warned that the electric car company could produce up to 400,000 vehicles a year, which for Tesla, considering its ambition and its double its investment, could also mean a large number of products.

Read:  Xbox celebrates the arrival of Spider-Man on its consoles |

As an example of how Nuevo León could grow with this new commercial alliance, we have the case of Tesla in China, since in April of this year, it was reported by the a China Passenger Car Association, that Tesla’s Shanghai Gigafactory delivered 182,200 vehicles in the country in the first quarter of this year, accounting for 58.8 percent of its global delivery of 310,000 vehicles. This meant revenue of $4.65 billion for the company during that quarter.

Taking into account that Shanghai has more than 26 million inhabitants, it is clear that Nuevo León could not compete or match these amounts, mainly because the costs and the market are not the same. However, in the medium and long term, the fact that an industry like this manages to establish itself little by little would outline the north of the country as the first step towards a new opportunity, not only for business, but also for employment and profits for the country.

Competition against the Bajío

Despite the fact that there is a positive stigma around Nuevo León’s contribution to the country’s Gross Domestic Product (GDP), the truth is that the northern state does not really represent the entity with the greatest economic weight in Mexico.

Being this, according to what was reported by the Government of Mexico, the best year in terms of Foreign Direct Investment (FDI) In history, the governor of Nuevo León previously noted that much of this was down to the efforts of the state. According to his statements, it is due to “nearshoring”, that foreign companies seek to establish themselves in the northern entity, highlighting the metropolitan area of ​​the capital, Monterrey, due to the level of competitiveness and its proximity to the North American border.

Despite this, the holder of the Executive power, Andres Manuel Lopez Obrador (AMLO)assured that to a large extent this is due to remittances sent by Mexicans abroad.

In the same way, this has been denied by the National Institute of Geography and Statistics (INEGI). The statistics institute pointed out that, with data from 2021, Mexico City is the federal entity that really contributes the most to the country’s GDP.

According to this study, of the 24 trillion 225 thousand 440 million pesos, Nuevo León manages to contribute only 2 trillion 016 thousand 168 million pesos. On the other hand, the CDMX contributes 3 billion 701 thousand 686 million pesos. In fact, the northern state is not even in the second position, since it belongs to the State of Mexico, with an amount of 2 billion 212 thousand 972 million pesos. Nuevo León is in third place, while the fourth and fifth belong to Jalisco and Veracruz.

For all these reasons, we could expect that the arrival of Tesla in Nuevo León, with the boost that the electricity industry will have in the coming years, will be of great importance to encourage competition with the Bajío, since currently it is sought that both the private initiative and the public sector consider other horizons, decentralizing not only issues such as health or culture, but also industries such as the automotive industry.

Competitiveness risks of air cabotage in the AMLO initiative

Risks exposed in ‘Epic Games case’; how to protect children in 2023?

Interview with Tagger: the role of influencers in the World Cup