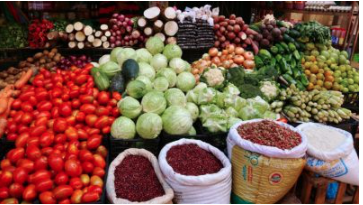 One of the main initiatives taken by the Fourth Transformation (4T), is the search for the care of family spending, for which the government headed by Andrés Manuel López Obrador (AMLO), has stood firm against the decision not to allow an increase in the daily spending of Mexicans making use of measures such as subsidies, and price controls, this with the help of different public agencies, such as the Federal Consumer Protection Office (Profeco), which today has revealed a new verification hologram, to protect consumers from being victims of fraudulent scales.

It is estimated that on average each Mexican family spends approximately 3,700 pesos per month to purchase basic necessities; however, with the change in the quantity of products of a complete basic basket, it is estimated that the cost of this is around 11 thousand 439 pesos, a figure that represents 2.1 monthly minimum wagesaccording to what was indicated by the University Center of Administrative Economic Sciences (CUCEA).

🟡 “The yellow seal, watch your pocket”.

The new hologram announced by the head of Profeco to be placed in businesses with calibrated scales. pic.twitter.com/PhmbKEATCK

During one of the first interventions of the daily morning conference headed by the president of Mexico, the head of prophet Richard Sheffield, He commented that the price of LP Gas is around 24.49 pesos per kilo for a cylinder and 13.21 pesos per liter for a stationary tank. and warned that the Government of Mexico will maintain 100 percent of the incentive for gasoline, with the intention of continuing to care for family spending.

Read:  Ethereum advances with Ropsten towards the merger and the market does not seem to care

Later, and under the same initiative, Ricardo Sheffield, announced that although “international pressure remains very high in all foods”, the national index of consumer prices in food and beverages has remained stable within the national territory, for which added that as a result of the tensions generated throughout the planet, the temptation of many merchants to move to the scale grows, which causes the price to increase, per kilo and per liter. Reason that led the owner of the Profeco, to announce a new hologram “the yellow seal, watch your pocket”, as well as new stickers to put them in businesses with calibrated scales.

#morning/ Inflationary pressure causes merchants to move to the scale, therefore, the second calibration of the year is carried out with the campaign “The yellow seal takes care of your pocket” New verification hologram. @Notimex @Notimex_TV pic.twitter.com/qLs4er0O22

According to what has been disclosed, the hologram can be placed in gas stations as well as in food establishments, Therefore, the new seal will be a guarantee that the pumps at the gas stations are well calibrated and that the scales in the food sales areas are in good condition and not altered, action with which they seek for the consumer to identify in which establishments, they are offered better cost benefits. Likewise, the initiative will be applicable to the entire country, through the campaign presented, in the same way it was announced that the measure will start from this month of July, For this reason, he asked the population to remain alert and help denounce businesses that have alterations in their scales or pumps.

Having regulatory bodies that allow consumers to be able to take care of their family spending not only directly benefits Mexican families, but also allows the development of the economy of the areas, by promoting a more equitable cost-benefit.