Production of the Citroën ë-Jumpy Hydrogen, a hydrogen van, has started 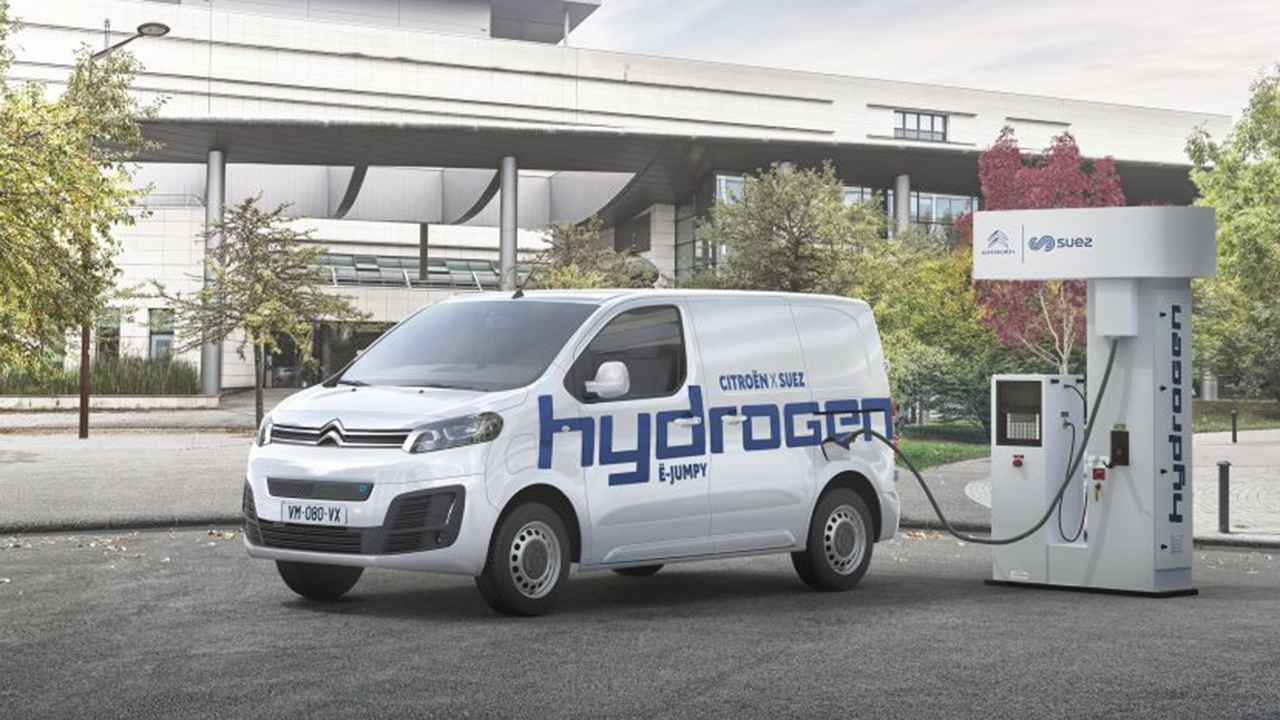 The manufacturing process for the new Citroën ë-Jumpy Hydrogen is already underway. The first unit has rolled off the assembly line and deliveries are scheduled for early 2022. Citroën’s popular van is committed to electrification and, more specifically, to the hydrogen fuel cell.

The landing of Stellantis hydrogen vans at European dealerships is imminent. The production of the new Citroën ë-Jumpy Hydrogen is underway. Deliveries of Citroën’s new fuel cell electric van are scheduled to start immediately. A model created on the basis of the Citroën ë-Jumpy and which is called to help promote the massification of hydrogen.

The first unit of the new ë-Jumpy Hydrogen has left the assembly line. A step prior to materializing its arrival on the market. This symbolic unit will be delivered in a few days to one of Citroën’s main partners, the Suez Group. The sample will be used to carry out tests in real environments.

The autonomy of the new Citroën ë-Jumpy Hydrogen

Compared to a 100% electric mechanical ë-Jumpy, Citroën points out that the hydrogen solution implemented in the new ë-Jumpy Hydrogen is aimed at those drivers who need a range of more than 300 kilometers to make long journeys. In the bowels of this van are two complementary powertrains. A battery that stores energy and provides electricity and a fuel cell that transforms a mixture of hydrogen and oxygen from the air into electricity, water and heat.

Read:  Carlos Sainz: his bad streak at Ferrari and how to overcome it

The electric motor, powered mainly by the hydrogen fuel cell of 45 kW, allows you to travel a minimum of 350 kilometers. The lithium ion battery has a capacity of 10.5 kWh, which grants a range of 50 kilometers in fully electric mode in WLTP cycle. The combination of both propulsion systems guarantees a autonomy of more than 400 km.

Another of the determining keys of the new ë-Jumpy Hydrogen regarding a battery electric van has to do with recharging times. Hydrogen refueling is very similar to gasoline or diesel. Just 3 minutes are enough to fill the three hydrogen tanks that can store up to 4.4 useful kilograms.

The battery is located under the seats and the three hydrogen tanks under the floor. In this way, the load capacity has not been reduced. The load volumes of the different bodies are the same as those of the equivalent electric versions. That is, 5.3 m3 for size M and 6.1 m3 for size XL. The payload and towing capacity can reach up to 1,000 kg.

The production of the Citroën ë-Jumpy Hydrogen

The serial production process of the new ë-Jumpy Hydrogen takes place at the Sevel Nord facilities in France. Once the electric van is built, the transformation necessary to install the hydrogen fuel cell system takes place at the Stellantis factory in Rüsselsheim (Germany). The first unit of the ë-Jumpy Hydrogen will be delivered in early 2022 for a 15-day test under real conditions.