Priscila Escoto will not stop using her Balenciaga products 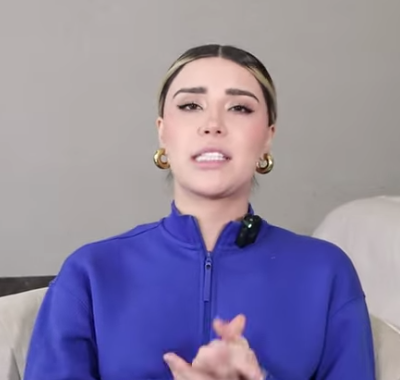 The influencer Priscilla Escoto He stated that he will not stop using his products Balenciagaafter the controversy of his campaign, where minors appear with compromising accessories that are not in accordance with children.

Balenciaga in search of improving its reputation

The name of Balenciaga It has gone into decline because it has quickly gained a bad reputation, so at this moment the company is in crisis and desperate to solve its mistake, they even deleted all their photos from their Instagram account and only left a statement announcing that they are going to change the strategy of their company, in addition to mentioning that they have made mistakes as an organization and have taken measures to control this, in addition to adding that they want to help and make a difference in the protection of minors, although this announcement has not been very well received since most of the comments from Internet users on social networks assure that they do not believe in anything they mention, although this conversation arises mainly on Twitter since Balenciaga I deactivate the function of leaving comments.

“We have reorganized our image department to ensure full alignment with our corporate guideline.”

We have set aside a significant fund to subsidize organizations so that we can help make a difference in the protection of children.

Balenciaga She probably removed her photos because multiple people were looking at them, as she was trending again as disturbing books were detected by their titles and authors.

on the platform of TikTok Several users joined in sharing videos where they destroy their bags, tennis shoes or clothes from the Balenciaga brand as a form of protest and disapproval.

Priscilla Escoto is a influencers Mainly featured for reviewing luxury brand handbags such as ChanelGucci, Dior, Prada, among others.

He recently uploaded a video on his account TikTok where it has 2.8 million followers, showing different bags, including Balenciaga, for which several Internet users told him that he should not use that brand, in addition to suggesting that he edit the video, so that said bag would not be seen. Due to this situation, the content creator decided to talk about her position in this regard, where she makes it clear that she is not going to stop using her bags and accessories from that brand since she invested a lot of money and acquired them before the controversy happened. of her campaign, though she’s not sure if she’ll keep buying. She also pointed out that she does not agree with what the company did by misusing the image of minors and that she feels disgusted, at the moment she does not feel comfortable using the brand, however if she wants to use these in the future products is going to do it, in addition to the fact that for her the real culprit of this is the Balenciaga Creative Director Demna Gvasalia since he confirmed that he was responsible for the entire process shown in the campaigns, however he wanted to distance himself from this latest scandal.

For the influencers the solution is for another creative director to take the place of Demna Gvasalia, to help clean up the image of the brand.

the posture of Priscila Escoto is very similar to Kim Kardashian since they practically seek to wait and see what Balenciaga does to solve the situation.

I don’t support this movement, I don’t support the campaign they did, I found it disgusting, but I say I don’t know why as a big fan of luxury brands, I’m waiting to see what Balenciaga is going to do about it to amend and resolve this whole situation. In my opinion what they should do is fire their creative director Demna and bring in a new one to do everything from scratch and do it well. Priscilla Escoto via Youtube.

Several netizens continued to show disapproval, while others suggested that she continue using her bags so that she would not buy more bags.

I also talk about the example of john galliano who was creative director of Dior and he made the mistake of expressing himself badly about the Jews, what made the situation worse was that at that time the actress Natalie Portman was the image of the brand, in addition to the fact that she is Jewish, so the brand immediately removed him so that he would not damage the reputation.

It is extremely important to analyze the brand that is going to be consumed so as not to support dark movements that do not have a clear idea of ​​how they work. Unfortunately, pedophilia is still very present, so it is ideal not to support any situation that affects the most vulnerable, in this case children.

Balenciaga and his bears

Did the crime rate really drop in Mexico? This was the balance of 2022