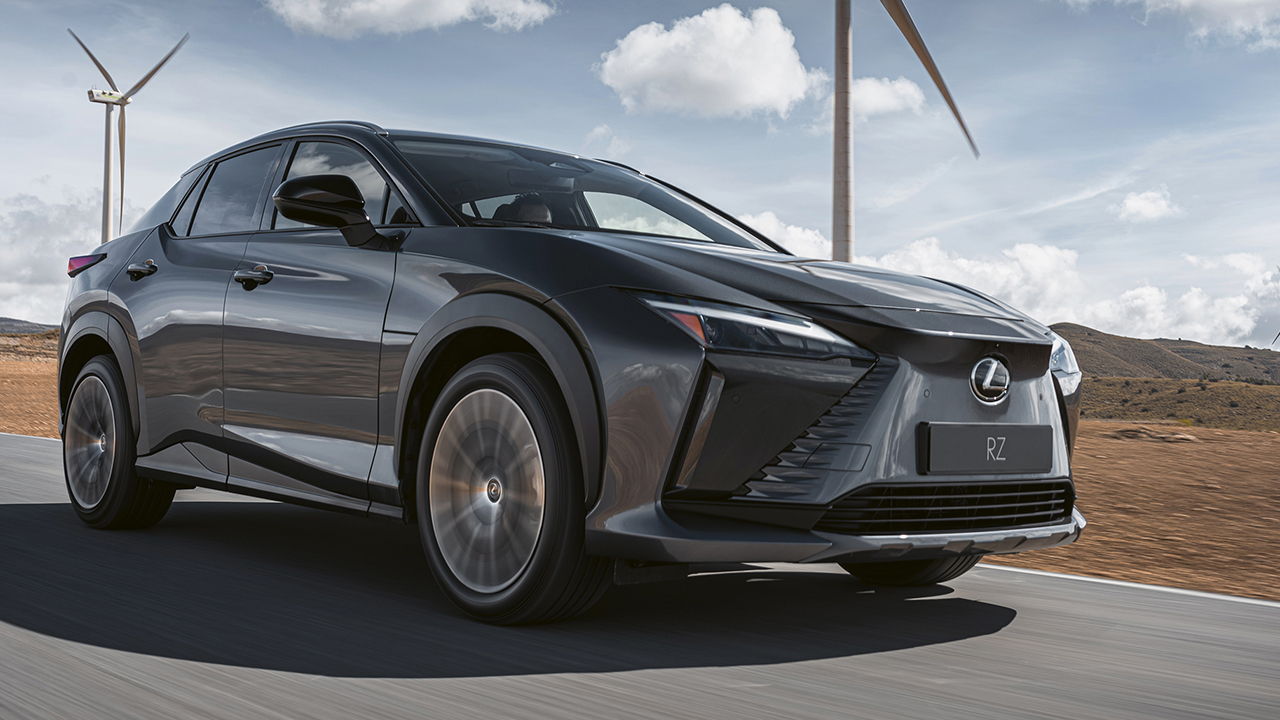 The new Lexus RZ 450e is already on sale in Spain. The commercialization of the long-awaited 100% electric SUV from Lexus has begun. A model that is called to play a leading role. We analyze all the keys of the new RZ range. Trim levels, engines and, most importantly, all prices.

lexus has launched the marketing of its new 100% electric SUV in Spain. The Lexus RZ450e It’s on sale now and ready for its assault on dealerships to begin. The brand has detailed all the main aspects of the offer destined for the Spanish territory. Trim levels, engines and, most importantly, prices.

It is important to note that while the new RZ is on sale now and the online reservation process started in April, Lexus has made it clear that deliveries will not start in our market until later this year. Therefore, there are still a few months to see the first private units circulating on our roads.

The range and equipment of the new Lexus RZ 450e

Lexus has structured the RZ range into three trim levels. Those interested in buying the new Japanese electric SUV will be able to choose between the trim levels Business, CEO Y Luxury. From the access version we will find a wide provision at the level of connectivity, security and, logically, comfort. It is important to keep in mind in which segment this new model deals.

Another aspect that can be decisive when buying this car is customization. At the moment the option two-tone bodywork is relegated to the top of the range finish. That is, the Luxury version. Most of the finishes are optionally offered with the new One Motion Grip system that includes the picturesque Steering Yoke.

The new RZ will be the first series production car marketed in the Old Continent with a yoke-style steering wheel. However, and as we have already analyzed in previous articles, behind this steering wheel there is much more than a striking design. Lexus has equipped its expected electric SUV with a long list of technological systems with which to offer an extraordinary driving experience.

Read:  Five things to see and do in Almuñécar, hot spot for rural beach tourism in Spain

One of the most outstanding facilities is the 14 inch touch screen. A key component to manage the multimedia system and access numerous digital services online. In addition, it is compatible with Android Auto and Apple CarPlay with all the advantages that this entails. Panoramic roof, radiant heating in the passenger compartment, digital instrument panel and optical groups with LED technology, are equally important equipment.

The autonomy of the new Lexus RZ 450e

Beyond the equipment and design, which are determining issues in a premium model, since it is a battery-powered electric car, most of the attention is directed to the propulsion system. In the bowels of the RZ 450e is the “heart” of the vehicle. A 71.4 kWh lithium-ion battery. The purpose of the battery is to power two electric motors, one per axle, which develop a total power of 230 kW (313 hp) and 435 Nm of maximum torque.

Prices valid from April / 2022 without including discounts or other promotions

The motors work together with the Direct4 all-wheel drive control system, another of the main features of this model. It is capable of accelerating from 0 to 100 km/h in 5.6 seconds. The autonomy exceeds 400 kilometers
according to the WLTP cycle. Although the final figure has not been approved, Lexus points out that the RZ is expected to consume less than 18 kWh per 100 km.

The charging time varies depending on the electrical outlet used. In the best case, using a DC charging point, it will take only 30 minutes to complete the charging process from 0 to 80% respectively.