Prey: All the Predator Saga Easter Eggs You Probably Didn’t See in the Movie 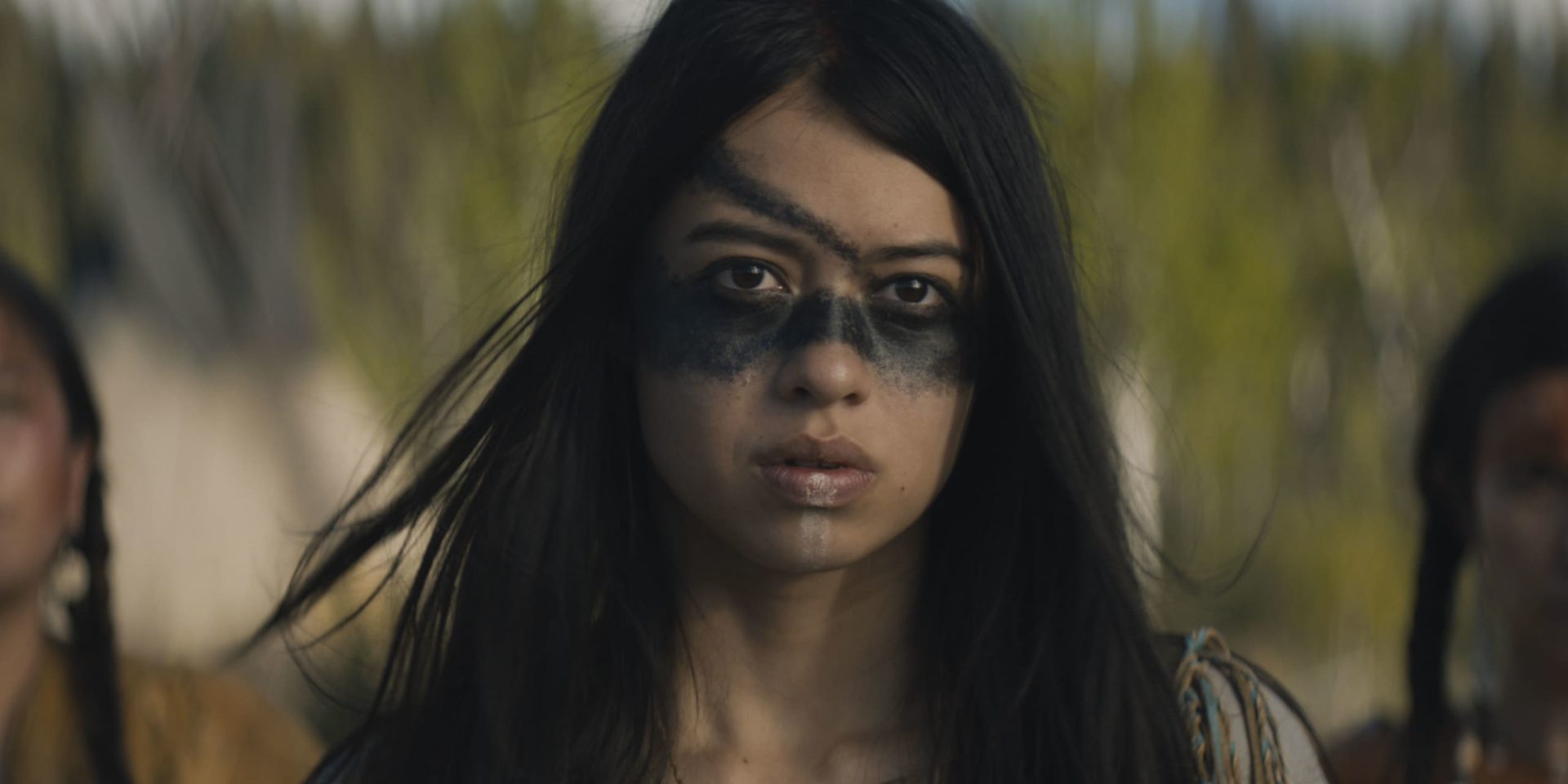 Share
Facebook Twitter LinkedIn Pinterest Email
Index hide
1 The Predator prequel, Prey, surprised many and we tell you all the Easter Eggs of the franchise that you probably did not notice in this note!
2 Share it with whoever you want
3 Related Posts

The Predator prequel, Prey, surprised many and we tell you all the Easter Eggs of the franchise that you probably did not notice in this note!

Something that usually happens with franchises is that the movies that come out after the story is closed are not very good, but Prey seems to have ended the streak of bad movies of predator. The prequel to the original franchise surprised many fans for good and there are many easter eggs in tribute to predator that you probably haven’t seen.

But first, we are going to tell you a little about what this highly acclaimed prequel is about. Prey places us in 1719where we follow a woman from the Native American tribe comanche, Naruto (Amber Mid Thunder). Our protagonist wants to become a hunter and will test her suitability for the role when the last predator in the world makes her her main target.

The movie hit the screens last week. Hulu in USA and in Latin America we can enjoy it through Star+. As reported by the platform, the prequel became the most watched premiere of Hulu. The reasons behind this success make sense since the film is a new installment in a franchise as big as it is. predator. Also, since it deals with themes that were never seen in the franchise, it makes sense that people would be curious and decide to watch it.

Many were afraid that because it was a prequel to the franchise there would be no winks or easter eggs to the saga predator. Most considered that from the synopsis of the film, it would be very difficult to find why it had so much to do with the franchise. However, there are many easter eggs to everything predator in general and we are going to tell you what they are.

The first, and probably the most notable, are the phrases that are said in the prequel that sound familiar to us because we have heard them before. Y Prey manages to reuse two phrases from the movies we’ve already seen, despite being a sequel. At the beginning of the movie, Naru tells his brother taabe (Dakota Beaver) that he is worried that he will not be able to stop the Predator. And let’s say the answer of taabe is the one that many wanted to hear, and that we later learned about thanks to Dutch: “If it bleeds, we can kill it”.

And another sentence from Dutch is used in Prey a little later. In the final battle between Naruto and the Predator, she tries to trick him to take him to the trap he had set. with a simple “Come on, do it, do it now!!!”, we know that our protagonist is using the phrase that became a meme several times a Arnold Schwarzenegger.

Another clear nod to the franchise is camouflage. Naruto she falls into a booby trap that tries to swallow her. Despite the fact that everything makes us think that the protagonist is going to die that way, she manages to escape from it. Once she frees herself from the mud that almost swallowed her, she leans against a tree to rest and we have a very similar shot to Dutch when he smeared himself with mud to lock in his body temperature and prevent the Predator find it.

A reference that is not very noticeable, since in the original film we did not see exactly how it happened, is the cut on the chest that they make to taabe. In the first installment of the franchise, Billy Sun (interpreted by Sonny Landham) cuts his chest before fighting the Predator. However, we do not see this on camera but we do hear the character’s screams, which lets us know that his death was not very pleasant. When to taabe Y Naruto the French grab them, one of them makes a cut on the chest of taabe, which is a clear threat to our protagonist. The intentions of each cut may be different, but it is a clear tribute / reference to Billy Sun.

Read:  Morbius: its director explained the reason for the mistakes in the movie and the crazy complications of working with Jared Leto

One of the elements that immediately makes us think of a Predator They are human skulls. In the first two installments of the saga, we saw how the alien collected the skulls of his victims to keep them as if they were a kind of trophy. And in Prey we see a little more of this way of collecting trophies. Our alien grabs a wolf’s head, melts its skin and muscles, and keeps the bones as a trophy. Thanks to this scene, we find out that this collection of some sort of semi-strange souvenirs is something that the Predator many years ago before I met Schwarzenegger.

An interesting thing about the franchise is that the villain always seems to be very advanced in terms of technology compared to his victims. In Prey it becomes a bit more noticeable, as the tribe does not own weapons like guns but instead have something a bit more primitive: spears, bows and arrows, among others. We always knew that predators they are very advanced, even in the two original installments they surpassed humans.

However, even though we can see some of the weapons we already know, in Prey there is a certain change in the plasma cannon that assures us that the predators They are constantly developing and evolving. The cannon may hold the laser that marks its target with three dots, but it has a very different shape.

Lastly, one of the winks that we can say that it even has a first and last name is that of the pistol Raphael Adolini. In predator 2 We see to mike harrigan fight him Predator in 1997. After taking many victims, harrigan manages to eliminate the alien. Shortly after killing him, a group of predators appears to take away the hunter’s corpse. But the interesting thing is that they let harrigan alive and they give him a trophy for killing the Predator: A flintlock pistol that has engraved “Raphaël Adolini 1715” on your side.

What is the relation of this gun to Prey? The answer is very simple. The translator of the French is Raphael Adolini (Bennett Taylor)who we meet when Naruto is captured by them. The French troop wants to know everything that our protagonist knows about the creature, but they discover that they will not be able to get that information out of her. As the French decide to use the brother of Naruto as bait, they both end up caught in the same place.

However, they manage to escape and on their way to the French camp they meet Adolini, who is injured. The translator offers them a trade: the gun in exchange for medical assistance. So we finally know how the gun came to be in the world of predator. However, it is not explained how the weapon got into the hands of the aliens. But considering that Prey is having a lot of success, we will probably have a sequel that will continue to give us more information about the universe of predator. Prey is already available in Star+along with the rest of the saga.