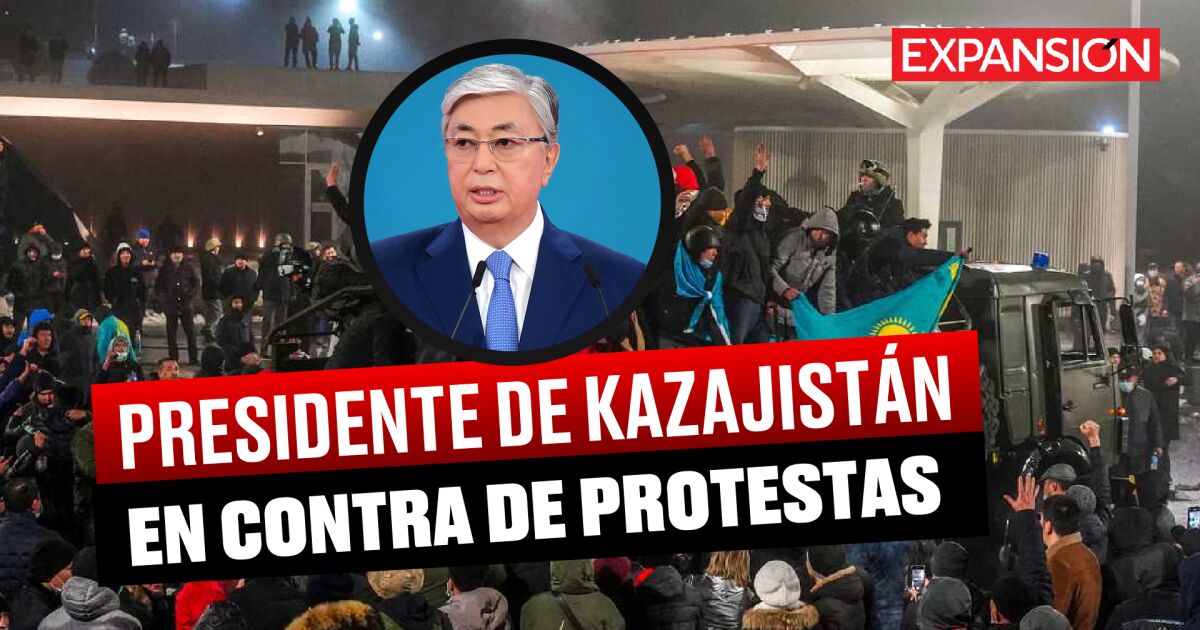 The number of uniformed deaths remains at 18 and the number of wounded police officers rose to 740.

The largest country in Central Asia has been the scene of a revolt that broke out in the provinces on Sunday, after a rise in the price of gas, and spread to other cities, and especially to Almaty, the economic capital, where the demonstrations became in violent and chaotic riots.

Most flights to the country were canceled and Russian press agencies reported, citing Kazakh officials, that the Almaty airport will only be operational for military flights until Sunday.

Amid broken glass and streets lined with mountains of garbage, the small grocery stores reopened, but many had empty shelves and it was difficult to find basic products such as bread.

Some gas stations opened, leading to long lines of vehicles.

The influence of Russia

Moscow said more than 70 planes were transporting Russian troops to Kazakhstan, and that they were helping to control the main Almaty airport, which was recaptured from protesters on Thursday.

In this regard, Tokayev thanked Russian President Vladimir Putin, who “responded very quickly” to his request for help.

Kremlin spokesman Dmitri Peskov told Russian agencies that Putin had spoken with Tokayev several times in recent days about “the situation in Afghanistan and joint actions within the framework of the CSTO,” the Security Treaty Organization. Collective, led by Russia.

Mukhtar Ablyazov, a former banker and exiled minister who has become an opponent of the government, said the West must counter Russia’s move.

“If not, Kazakhstan will become Belarus and (Russian President Vladimir) Putin will methodically impose his program: the recreation of a structure like that of the Soviet Union,” Ablyazov told Reuters from Paris.

The president of the European Commission, Ursula von der Leyen, and the French president, Emmanuel Macron, called for an “end to violence” and “moderation.”

Instead, Chinese President Xi Jinping applauded the “strong measures” taken by the Kazakh government against the protesters.

E3 2022 confirms that it will be held again virtually

Tokyo would be closer than expected