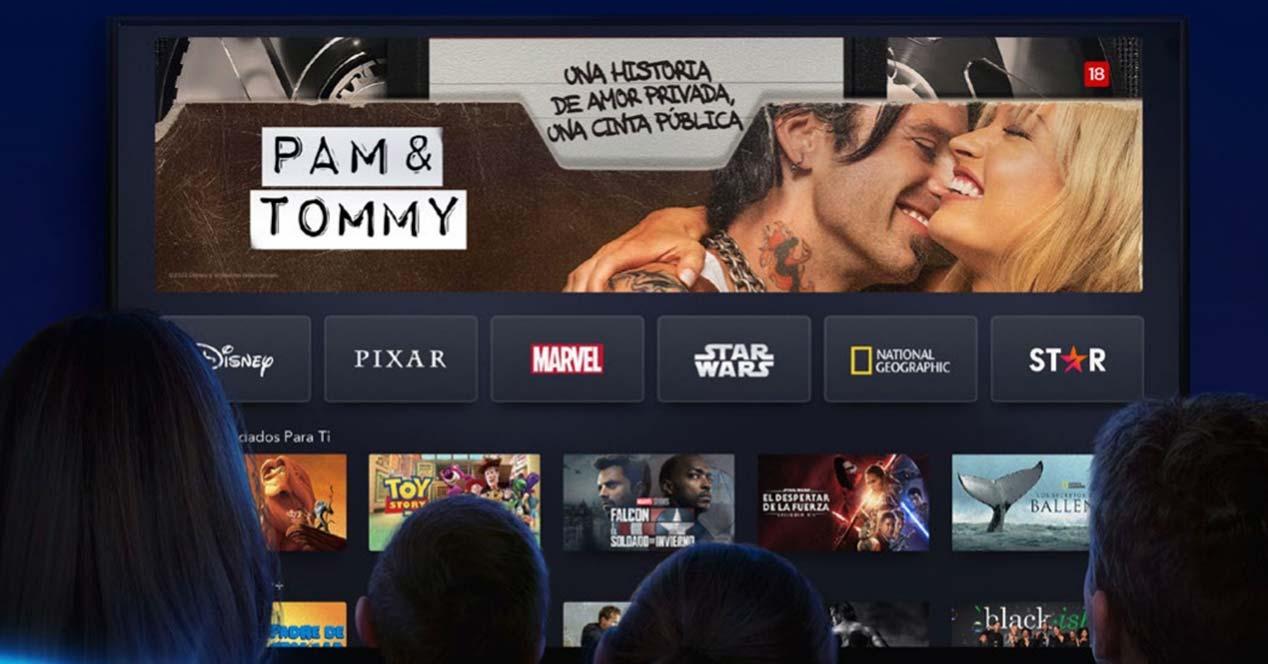 Like every month, the Disney + premieres arrive. The platform presents many novelties. Among them we find new content in Star, National Geographic documentaries and great premieres such as the series ‘Pam & Tommy’.

Disney+ collections are groupings of content by theme and allow us to quickly and easily find our favorite content. A multitude of content will be added to the entire catalog available on the streaming platform this coming February. Let’s go with all the movies, series and documentaries that arrive at Disney + in February 2022.

New series to watch on Disney +

The month of February is a very interesting month in terms of releases. Among the series, the arrival of the long-awaited premiere ‘Pam & Tommy’ stands out.

The eight-part miniseries Pam & Tommy is set in the early days of the Internet and is based on the true story of the “sex tape” by Pamela and Tommy Lee. A love story with a moral and criminal prank included that explores the connection between privacy, technology and fame.

An animated series that has four special of long duration set in each of the seasons of the year: winter, spring, summer and autumn. A journey with Mickey and his friends through various stories full of magic.

Other series coming to Disney+ in February 2022:

In addition to series in February, several movie premieres also arrive on the Disney platform, as well as titles that are not premieres, but that will also be available from February.

Read:  Google: the incognito mode of Chrome in the viewfinder of a large complaint

A film that brings to life a selection of articles from the latest issue of an American magazine published in a fictional 20th-century French city. We could classify it as a love letter to the world of journalism.

A story starring the worst tyrants and criminal minds who come together to open a war that will annihilate millions of human beings. In this film we can discover the origins of the first independent intelligence agency.

Other movies that we can see on Disney + from February:

Torn apart: Rising to the past – February 4

Among the documentaries that arrive on Disney + in February, the premiere of Torn apart: Rising to the past stands out. In 1999, climber Alex Lowe was killed in an avalanche on Shisha Pangma Mountain. His best friend Conrad Anker survived and married his widow, as well as raising their children. Max Lowe, the director, photographer and explorer of National Geographic exposes his own family in front of the camera following the discovery of his father’s body 17 years after his death.

This Google AI can create images with a short description