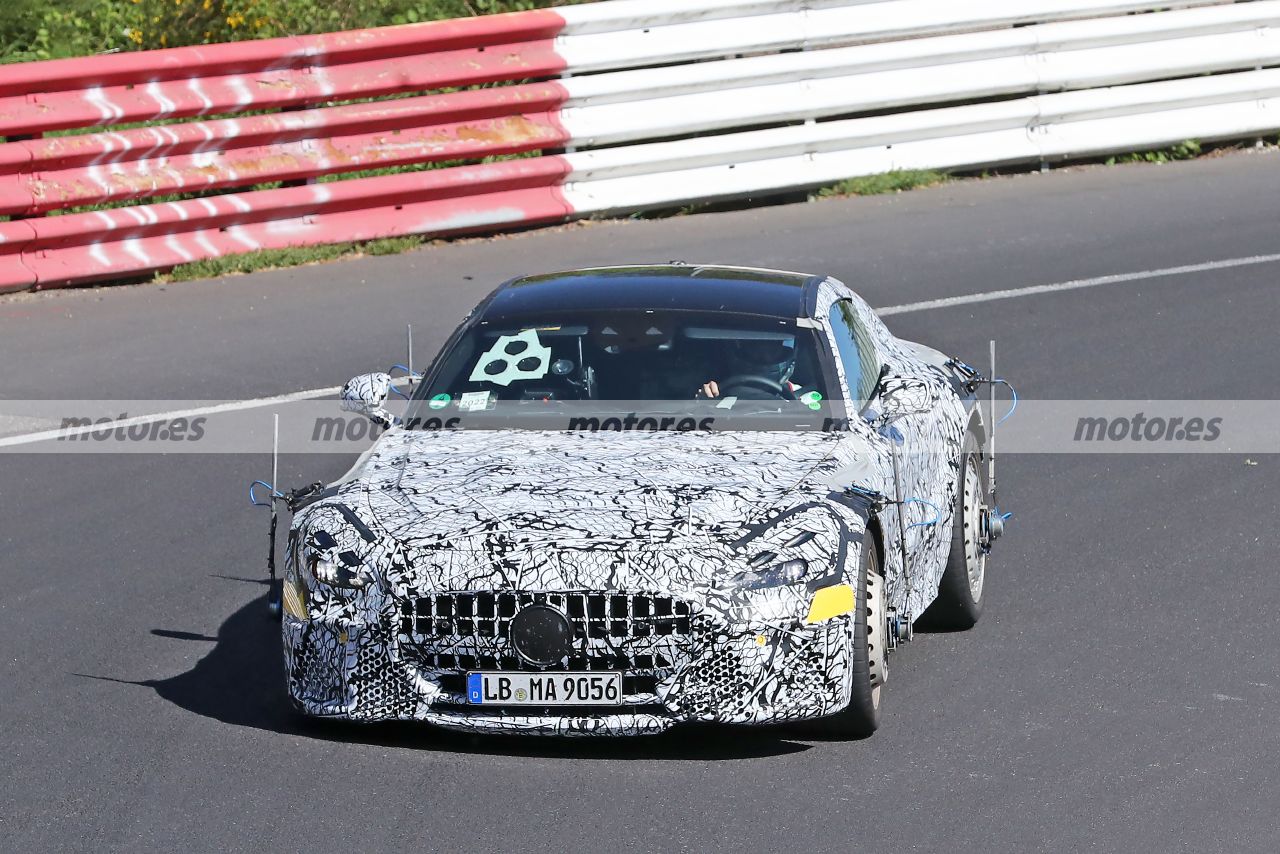 It appeared by surprise in the last winter tests, and now the new sports car from the star brand has been released on the Nürburgring circuit, but with the top version of the range. This is the new Mercedes AMG GT E-Performance 2023, the PHEV version that will put the icing on the cake by overcoming the 800 horsepower barrier.

Mercedes-AMG made an appearance last winter in Sweden with the first prototypes of the new two-door sports car, debuting in the extreme cold tests and with all the bodywork and production elements. Barely a few months have passed since those first spy photosnow being seen in the surroundings and on the Nürburgring track.

One more surprise, and unexpected, because it is not just any version of the second, and completely, new generation of the Mercedes-AMG GT Coupé, but rather the wildest in terms of performance, the one equipped with the exclusive plug-in hybrid technology “AMG E-Performance”, as evidenced by the cover housed in the rear bumper, on the right side of the license plate and which hides the battery charging port. This is the defining detail of the new Mercedes-AMG GT E-Performanceaccompanied by the square trims of the four exhausts.

The sports firm has taken advantage of these first tests of this more radical variant to carry out special tests of measurements of the chassis and the speed of rotation of the wheels. But this prototype also differs aesthetically from those previously sighted, since the front bumper shows extra aggressiveness with a larger radiator grille and with a more pronounced spoiler at the lower edge, while the ride height is also lower.

Just look a little more at the side skirts that practically brush the ground. only the rear lights are somewhat more exposed, showing an evolution of the design of the current lights, betting on fine LED filaments for the different functions. The German brand has taken particular care of camouflage, covering the ceiling with a special black film, while the interior is also fully covered, avoiding the most indiscreet images, although a dashboard identical to that of the Mercedes-AMG SL is expected.

Mercedes-AMG SL 2022, all prices of the new convertible that boasts history

The development of this plug-in hybrid version has been accelerated, thanks to the experience already accumulated in the new roadster, with which shared platform, running and propulsion trains. In fact, the mechanical offer will be the same also including this powerful PHEV, the result of combining the block 4.0-liter twin-turbocharged V8 with an electric motor on the rear wheels, having 843 hp and all-wheel drive «4MATIC +». The new sports car will be unveiled in late 2022 with order books opening in spring 2023although this more special version will be delayed until the second half of next year.

The seven cities in Spain that you must visit