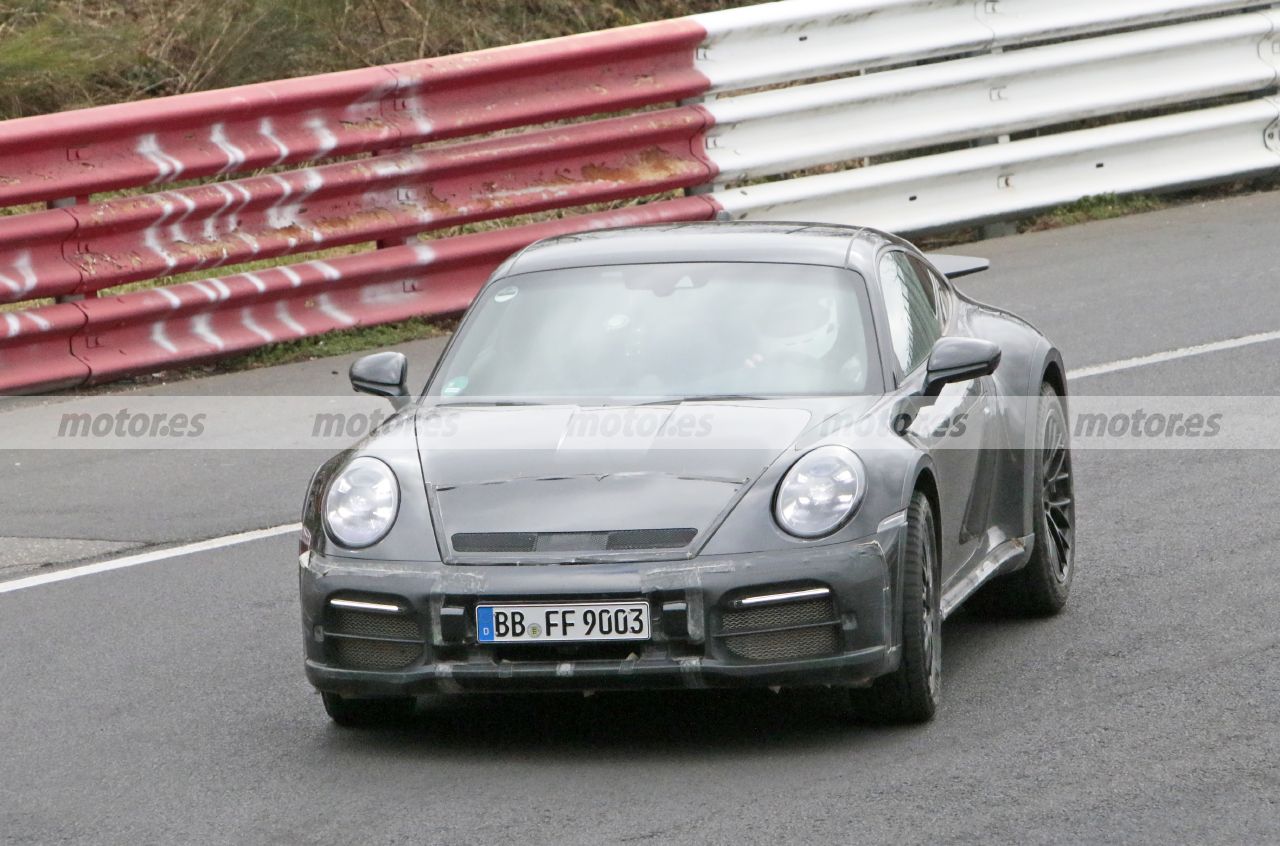 After hard work with hundreds of hours invested with mules on the Nürburgring circuit, it is now the turn of the Porsche 911 Safari prototypes to face the asphalt of the German track to complete the program of adjustments and driving dynamics. New spy photos show the evolution of the crossover that the iconic German sports car has become.

A year ago the first mules of the Porsche 911 Safari 2023 They were seen on the Nürburgring circuit, first in the middle of spring with a very basic configuration and, later, in summer with an important evolution. But left behind are those mules from the first phase of development, which underwent a transformation to the prototype phase last winter. In the north of Sweden it was presented with the most advanced settings.

these new spy photos show a return to the German track, where he is putting to the test, for the second time, all the adjustments made to date. With determination, the “crossover” Porsche 911 faces the tests at the highest level, in which not only the chassis adjustments are being analyzed, but also the highest performance that should be, at least identical to those of a Carrera 4S. The model still shows a significant level of camouflage, although the open gill in the front hood panel already reveals the inner mesh more clearly.

Index hide
1 Two winters and two Nürburgring, the debut of the 911 Safari is drawing near
1.1 The future Porsche 911 Safari, the sports crossover, revealed in this recreation

Two winters and two Nürburgring, the debut of the 911 Safari is drawing near

The ultimate black plastic protectors that surround the wheel arches are already those of the production model, and have not been hidden, although Porsche does hide the final look of the side sills, which are expected in the same dark finish, instead of body color. The rear is practically in the same state, and especially the rear bumper, very camouflaged and with pieces that really deform the final appearance like the blocks on both sides of the license plate.

A special detail that it maintains with the same units sighted in the winter tests is the tinting of the rear windows and the window, which may suggest that Porsche also dispenses with the rear seats as in the hybrid model. An extreme that is not confirmed, but that would not be strange either. In the same situation we find the commercial name, which remains a mystery, despite the fact that “911 Dakar” sounds very strong. Especially if we stick to one Walter Röhrl’s recent post on his Instagram profile, which was quickly deleted.

The future Porsche 911 Safari, the sports crossover, revealed in this recreation

New details that, little by little, are emerging from a model that is based on the 911 Carrera 4S equipped with all-wheel drive and with a significant extra height to the ground, in addition to suspension travel. Even the engine is expected to be the same, with the 3.0-liter flat-six with a maximum power that will reach 450 hp, transferring it to the asphalt through the eight-speed automatic gearbox. A limited edition units that will not take much longer to reveal, after overcoming two seasons of winter tests and another two on the German circuit.