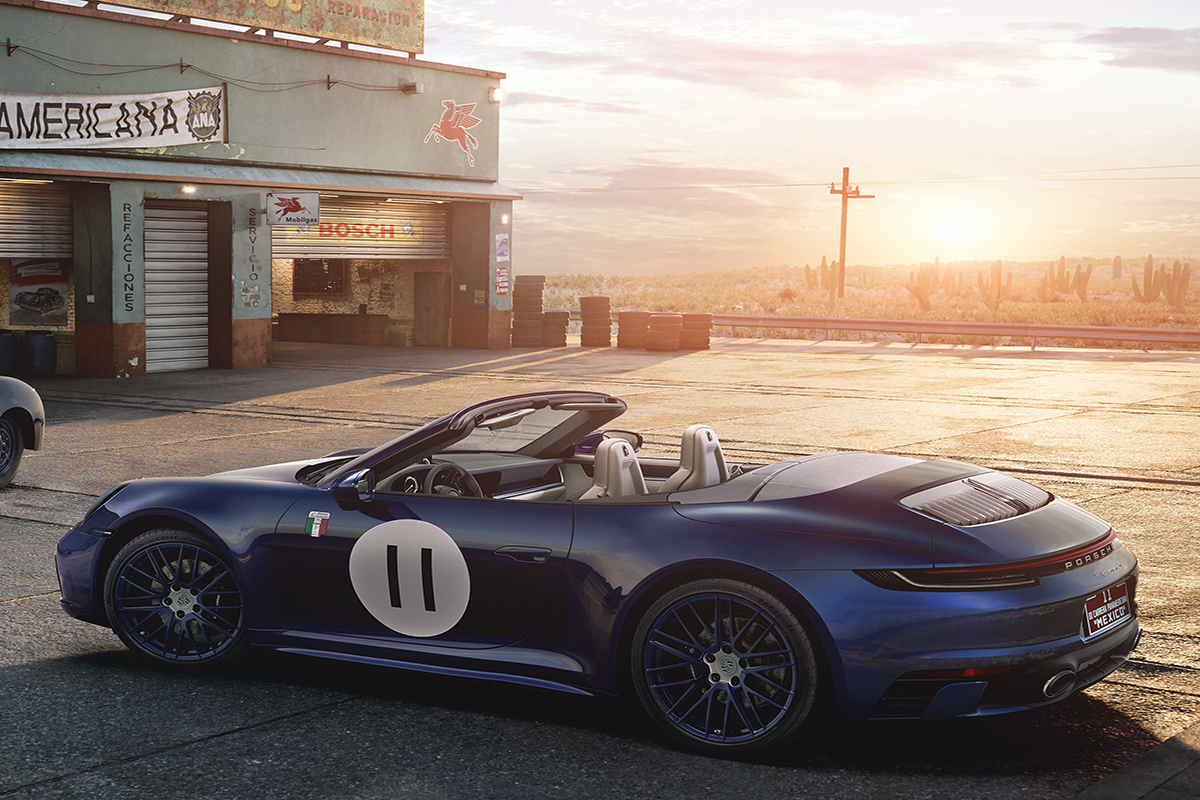 For a good cause, the German brand has presented a new one-off, this time based on its most successful convertible. The Porsche 911 Carrera Panamericana Special commemorates the anniversary of the legendary race-winning Porsche 356 S Cabriolet, now replicated by Porsche Exclusive Manufaktur.

Porsche not only lives from the records achieved by its sportiest models, but also from the customizations of its model range. The German firm has presented a new one off which, of course, will not reach the street. It is just one example of the ability that the Porsche Exclusive specialists offer to the most discerning customers.

A creation that will be auctioned in the coming months in the United States for charity, reaching the most generous customer. A unique owner for a true dream creation, as some of the details it presents will not carry over to production models customized by this division. The Porsche 911 Carrera Panamericana Special It is presented with a combination as special as that of the 356 S Cabrio that faced, and won, the famous Carrera Panamericana in 1952.

The body shines in an elegant and attractive metallic blue colour, which contrasts with the “Graffiti Grey” soft top and white painted rear grille, unheard of in a modern 911. However, what stands out the most is the roof, an option that is not found in the 911 Cabrio catalog and is in the 718 Spyder. The pilots have also been slightly tinted, while the brake calipers have been bathed in black, instead of the usual red.

Read:  The Lamborghini Urus Performante, caught in a spy video with a special image

The one-off has blue painted alloy wheels with a black center section, 20 inches at the front and 21 at the rear. The creation is completed with a decorative sticker on the upper part of the windshield, with the brand’s name in white on a black background, while the doors are decorated with the Carrera Panamericana shield.

Without changes in the engine, the interior can be said to be truly luxurious. Its sports seats, with electrical adjustments in 18 positions, are upholstered in white leather and with a specific embroidery in “Graphite Blue”. The dashboard and steering wheel are presented in “Slate Grey”, with a special insert on the passenger side with the inscription “911 Carrera S – La Carrera Panamericana 1952”. The same white of the engine grille is also presented in the edges of the instrument cluster clocks. A 911 Cabrio as special as it is unique that will fall into the hands of a single benefactor.

James Gunn clears up the big mystery of ‘Guardians of the Galaxy: Holiday Special’