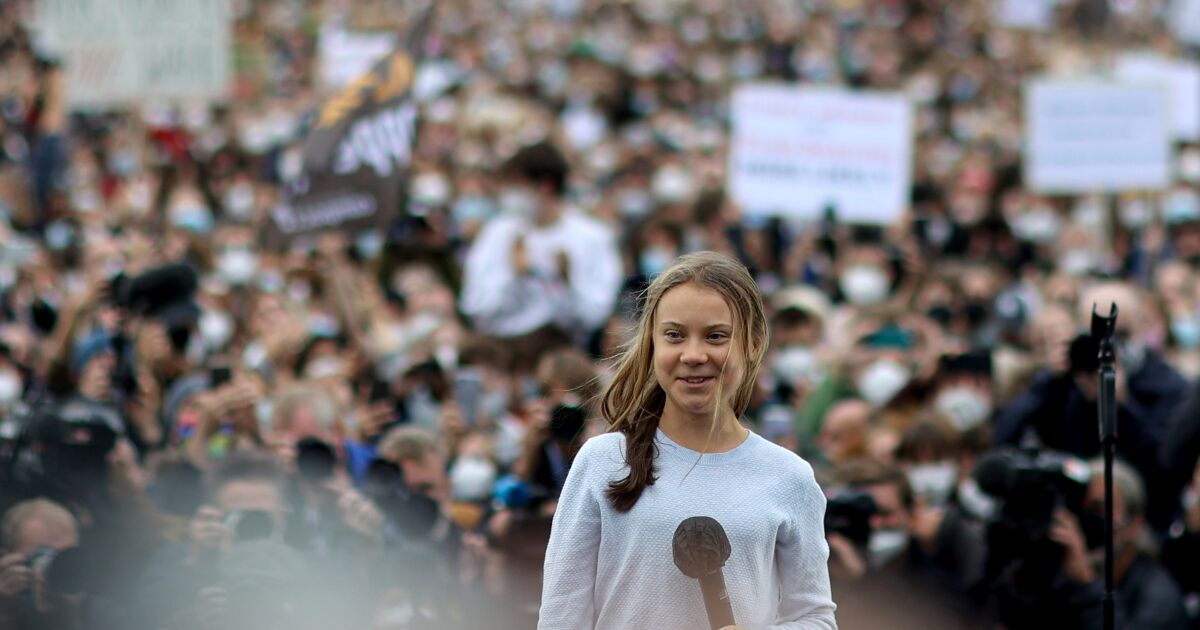 “It is clearer than ever that political parties are not doing enough. But there is something even worse. They do not even propose sufficient commitments to respect the Paris Agreement” to reduce global warming, he added.

In his speech, Thunberg also claimed that the political class is failing the younger generations.

“We need climate activists, and we ask for real change, because we must remember that change is not only possible, it is also urgently needed,” he said.

In their electoral programs, the main candidates for the German legislative elections this Sunday made the protection of the planet one of the great priorities for the next four years and pledged to limit global warming to 1.5 ° C.

“This is the vote of the century,” when it comes to the future of the planet, said Luisa Neubauer, 25, head of the Fridays for Future movement in Germany, in an interview with AFP.

Friday for the Future, launched in 2018 and turned into the rostrum of the young “climate generation”, this Friday celebrated its eighth “strike” in more than 70 countries. In Germany about 470 mobilizations were called.

However, in a recent report, the UN concluded that reducing global warming to 1.5 ° C will be impossible without a massive and immediate reduction in greenhouse gas emissions.

And meanwhile, “the world is on a catastrophic path to 2.7 ° C,” UN Secretary General António Guterres recently warned.