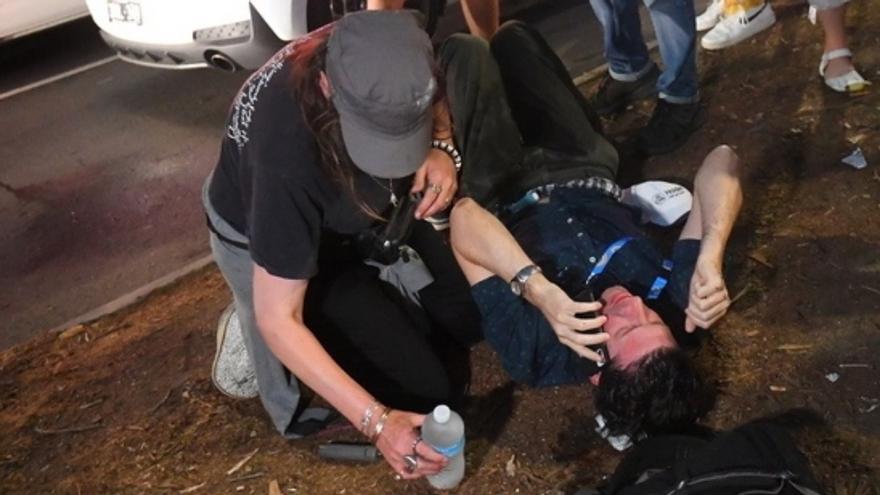 Victoria police pepper sprayed some supporters of the Serbian Novak Djokovic after several people blocked the advance of a car in which the tennis player was thought to be traveling inside.

The altercations occurred on central Collins Street, just across the street from the attorneys’ office of Djokovic, where fans of the Balkan met after arguing that his idol was inside the office having conversations with his lawyers.

An agent was affected by pepper spray and several colleagues argued that they did not know if the world first classified was actually traveling in the car that was intercepted by the fans.

The altercations occurred after the judge reversed the decision to cancel the Serbian’s visa for not being vaccinated although the Australian Immigration Minister, Alex hawke, he could execute his personal power to deport the tennis star. AND