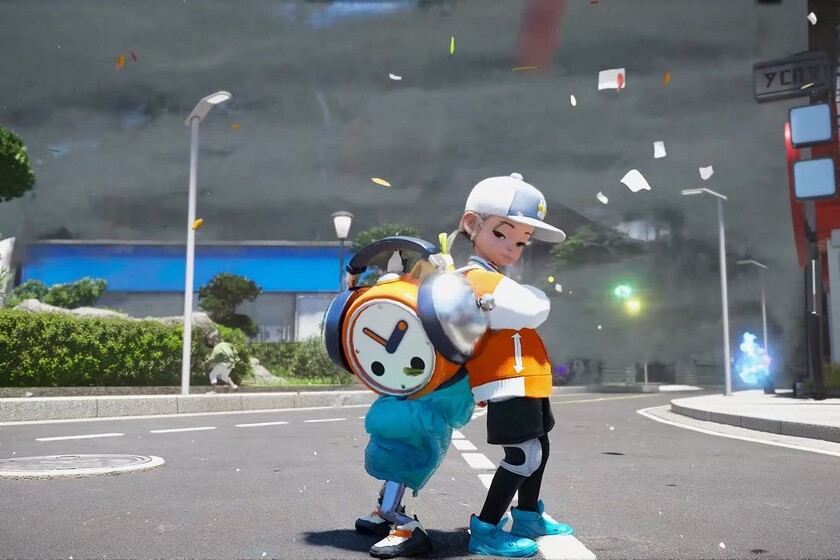 With a launch window in 2022 and with the hope that it can be enjoyed as soon as possible, DokeV, the new video game of Pearl abyss, has been of great interest to many fans since its presentation at Gamescom 2021. Its colorful style and its next-gen graphics, they offered some first images of what can be expected of him.

However, it has not been until a new gameplay where more details of its gameplay have been witnessed within its open world, which by the way is no longer considered an MMO, and where the characters collect and fight alongside monsters against other monsters that they look like Pokémon. This new video was published in the South Korean news outlet SBS SUBSUBNEWS during its “OMG-Electronics” section and more details of that DokeV gameplay could be clearly seen.

This video contemplates the use of high graphic ranges of the game thanks to the use of the technology of 3D scan of all 180 cameras from the studio, what some real objects and details from South Korea, are integrated into the game with said technology. Other graphic aspects appear such as the colored particles that stand out when the character moves and at each point of action, in addition to including the lighting of the day and night cycle or the physics of water when it hits the beach.

Likewise, the video shows the character mounted on different means of transport, although at the moment it has not been explained how the mounts will work in this game. On the other hand, some firearms appear, including a rocket launcher, but it is still not explained how the collection of monsters will work. There is only a small part of the video, where the player is appreciated facing a big monsterMuch like Monster Hunter Stories 2, but many game mechanics are still unknown.

Read:  Visiting this dentist won't be a toothache if you beat him at Super Smash Bros. Ultimate and get a free mouth cleaning

It is possible that, as the year ends and 2022 begins, more information will be available and new details that you can appreciate more of its playability and aesthetics. Meanwhile, you can learn more Pokémon-style games that you can play now on PC.

Blizzard cancels BlizzConline 2022, but says there will be announcements of its new video games

They drop in price! The AirPods Pro can already be yours today