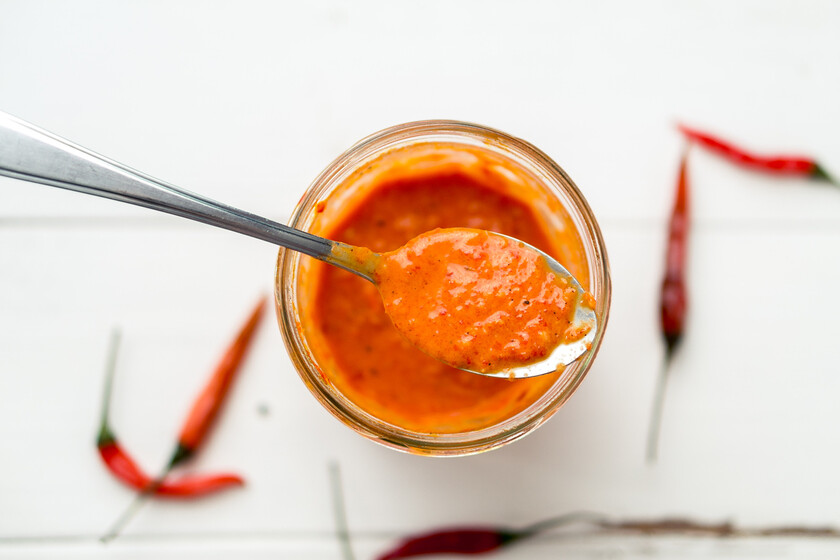 It is likely that his name, which borrows it from the chili that makes it possible, don’t sound like anything. But it is also true that you have ever tried it without being aware of it. In any case, we give you all the information related to this exquisite as well as spicy sauce that admits multitude of variations. Of course, you know that the origin is not at all clear. There is a lot of talk about Portugal, but also about Nigeria or Mozambique.

By the way, it is also normal that you see written in different ways: peri peri, peli peli, pili pili,… But all these terms speak of the same thing, of a hot sauce that is made from a type of chili that is of American origin, small, red, with the shape of an eye torn and that -here comes the good part- is ten times hotter than jalapeno. Let’s delve into its more than questionable history.

The history of the piri piri chili

The piri piri, to which also It is known as the African devil.is a chili widely used in African cuisine of the variety Capsicum frutescens that could compete in spicyness, without problem, with Tabasco. If we pull the file we discover that it has grown wildly in Africa for centuriesin countries such as Malawi, South Africa, Ghana, Nigeria, Zimbabwe or Mozambique.

The fact is that, at present, it is cultivated for commercial use in Uganda, Malawi and Zimbabwe, both to be processed as food and for the pharmaceutical industry. In these countries you can find it, both in liquid format (as the image below shows), and ground (which would be a very spicy cayenne powder).

What supposedly happened in the 16th century is that the Portuguese settlers began to export it from America to Europe, Africa and Asia, where they also began to cultivate it. And precisely for this reason, today there are still many doubts about the authorship of this dressing. What seems to be crystal clear is that the Portuguese restaurant chain Nando’swhich are spread across all continents and are famous for their peri-peri chickens, are responsible for making the world much spicier today.

How to use the piri piri: not only in sauce

Like any other chili or pepper, the piri piri is presented as a Versatile ingredient to the max. This allows you to use it the same way you would other dried or fresh chiles. For example, you can macerate it with garlic, oil and lime juice, wine vinegar or even distillates (whiskey, brandy or cognac). There are also those who choose to add onion, ginger, coriander seeds, bay leaves or thyme. But if what you want is reduce the spicinessbecause the mother-in-law is coming for Sunday lunch and you don’t want her to give her parraque, a good option is to add tomato and red pepper, either raw or roasted.

I’m sure by now you’re beginning to understand. where does that look come from and that consistency of the piri piri that can be seen in the images. Although you must bear in mind that all this will always depend on the list of ingredients that you incorporate, since a macerated chili oil that is usually offered in Italian pizzerias will not have the same appearance as an orange sauce with a creamy texture that you can use to marinate meat or seafood (works great with chicken or shrimp).

A chilean council that always comes in handy before getting into the kitchen with one of these gadgets says that the bigger the chili, the less itchy, and that the dried version is usually hotter than the fresh one. With that said, here goes this simple recipe for those who want to have a first contact with the piri piri universe. It is a sauce of approximately 200 ml that you can use to accompany whatever you most want.

Mix all the ingredients with the help of a hand blender at maximum power until you obtain a fine sauce.

If you’re lazy, or you don’t want to risk it without knowing if you’re going to enjoy it or not, we suggest you go to the Poncio restaurant in Madrid. There, the Chef Willy Moya produces a ‘tiger mussel’ that has little or nothing to do with the traditional tiger mussel. In this case, we are talking about a chopped mussel wrapped in black tempura (to imitate the shell of the bivalve mollusk) that is accompanied by piri piri sauce and panko (to emulate the batter) and that is presented in ssäm format. Once you try it, you won’t be able to stop.

In DAP | Sriracha: the hot sauce of a Vietnamese refugee who conquered the United States without spending a cent on marketing

In DAP | 11 chiles, peppers, peppers and chillies to make your dishes more spicy: how to distinguish them, how to use them and how to rectify them