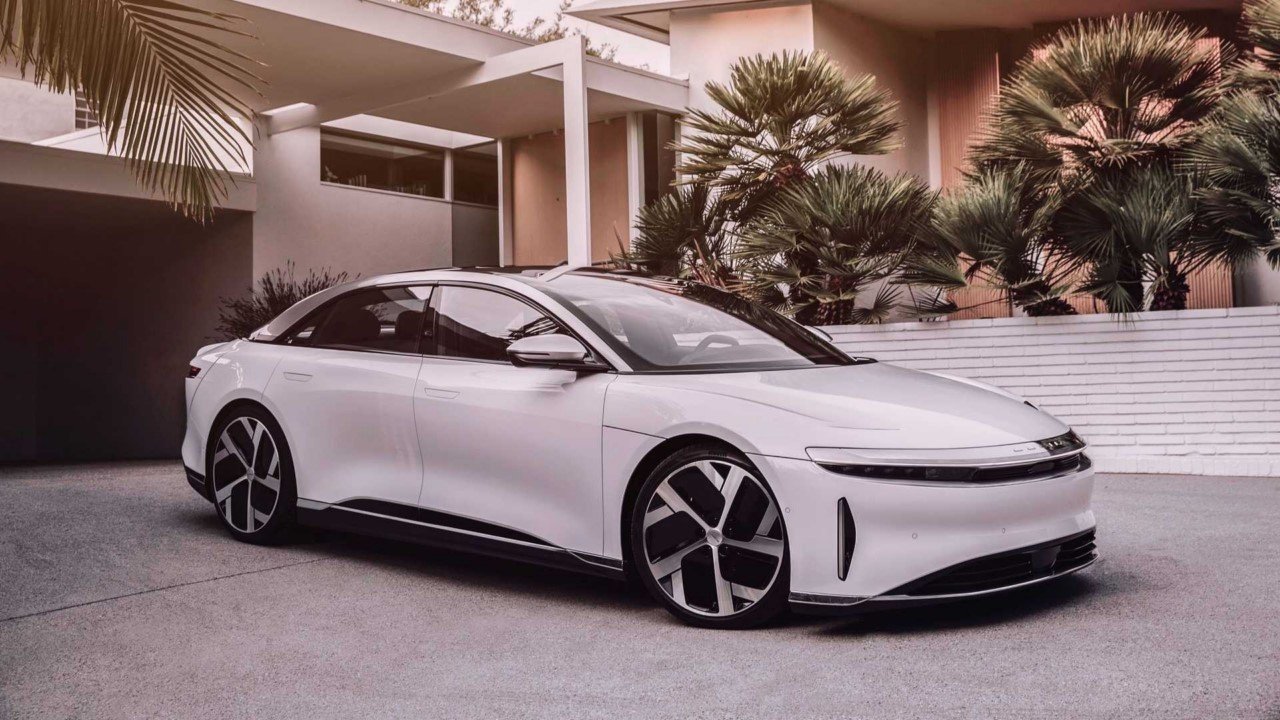 Electric car tires are somewhat more special than combustion tires. The main difference is that they are more vertical and with more reinforced flanks to support the greater weight of the batteries. The luxurious Lucid Air debuts a rubber developed by Pirelli with a high load index.

The Lucid Air It is one of the most luxurious and powerful electric vehicles on the market, a development that makes your hair stand on end only when you see its technical specifications and benefits. One more rival for the zero-emission models of the most luxurious brands. And it is that under the avant-garde bodywork it has a configuration that produces no less than 800 hp, although a more gross version is still available with 1,095 hp.

Some power figures that are transferred to the asphalt through all-wheel drive but also some new tires that have been developed by Pirelli, specifically for this electric. The tires of electric cars are special in characteristics, more vertical and with reinforced sidewalls to support the greater weight of the battery. The rolling section is also special to offer the least possible friction, less width in the most normal models and more in those that transmit a large power flow.

Italians offer a special range for electric and hybrids and thus get the maximum performance, but in the case of the Lucid Air it is a new tire with a high load index, capable of supporting an extra 20% of the weight compared to a conventional tire, and between 6 and 9% with a size XL tire measuring 245 / 35R21 99 Y XL at the front and 265 / 35R21 103 Y XL at the rear.

READ:  The 'forties' Alonso, impressed with the 'twenties' of F1

The new tires have been designed to offer a high level of load from the start, also contributing to the interior insulation reducing the vibrations generated thanks to a special sound absorbing material placed in the cavity of the tire. The supplier has worked closely with Lucid Motors engineers for these tires, which will be unique to the model and will be identified by the initials “LM1”.

The Lucid Air has been on sale under reservation in our market since last autumn, paying a deposit as an advance. Customers can choose from Lucid Air, Lucid Air Touring and Lucid Air Grand Touring. Three versions with maximum powers of 486, 628 and 811 CV, and maximum autonomies -according to the American EPA cycle- of 653 kilometers in the first two and 832 kilometers in the third.

The new Lucid Air can now be booked in our market

Discover how to make a natural and homemade sunscreen