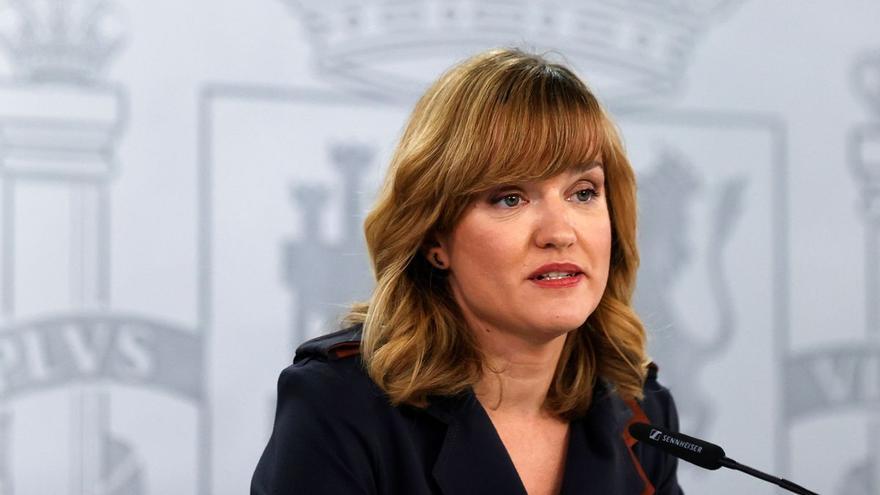 The Minister of Education and Vocational Training, Pilar Alegría, has distanced herself this Wednesday from the Minister of Consumption, Alberto Garzón, after the controversy that has arisen as a result of his statements in the British medium ‘The Guardian’ that, according to the minister, are “in a personal capacity”, while expressing the Government’s support for the livestock sector.

“We have made the government’s position on this issue very clear on other occasions, starting with the President of the Government himself, who has exclusively pronounced his position in favor of the livestock sector, “the minister said in an interview on Onda Cero, collected by Europa Press.

Alegría added that this position of the Executive was demonstrated with the approval of the Common Agricultural Policy (PAC), “one of the most important elements has the support of the livestock sector.”

Although he has not come to appreciate the criticisms of the Aragonese president, Javier Lambán, in which he has asked that Garzón “cannot be a minister for another day”, the minister has stressed that Garzón’s words do not correspond with the position of the Ministry of Consumption. “In the interview itself, it does not mark any position of the Government, they are in a personal capacity, it is not the first time it has done so,” he emphasized.

However, the minister has ensured that “What everyone knows” is that Spain “is a great producer of quality food” and in which both intensive and extensive models coexist. In addition, he has affirmed that “both generate employment and an economy” for the peoples.

Read:  Lucía Galán recalled her courtship with Diego Maradona and assured: "He had a very good relationship with Doña Tota"