By NicolasAugust 12, 2022No Comments6 Mins Read 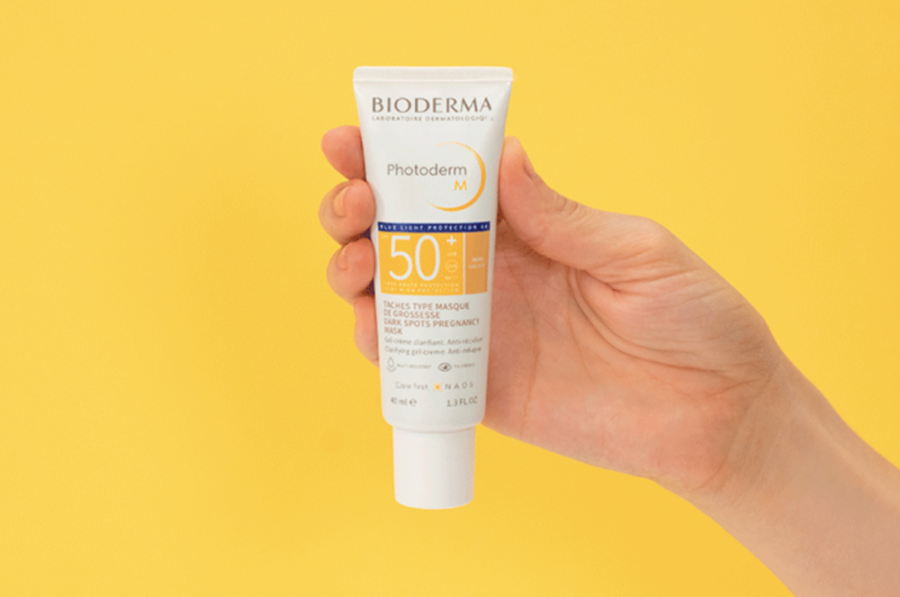 The skin is the largest organ that the human body has and that is why its protection is essential. Among its main enemies are the sun’s rays, although they are not the only ones. In the same way, it is exposed to a large number of diseases and to reduce risks, it is now available in our country. Photoderm M.

Index hide
1 How does it work?
2 The expert’s opinion

How does it work?

As part of an event organized by NAOS, a benchmark in dermocosmetics, this innovative protective cream. The purpose of the meeting was the launch of Photoderm M, which considers the skin as an ecosystem with internal cell protection.

It is made up of two active ingredients: Ectoin and Manito, which, combined, maintain and strengthen the protection of antioxidant defenses and DNA integrity. It also interacts with natural mechanisms such as glabridin, which biologically regulates melanocyte hyperactivity by inhibiting melanogenesis, which prevents hyperpigmentation that is involved in UV-induced melasma lesions.

It also contains yellow pigments, these being bio-inspired protectors with the optimal dose for protection against blue light.

On the other hand, to publicize this new product, health professionals of international stature were present. Among the speakers who delved into the benefits of protective cream included the following:

2) Dra. Ivonne Arellano: dermatologist, dermo-oncologist and dermatological surgery. She spoke about the importance of daily photoprotection in people who tend to stain and said that it should be essential like brushing your teeth. She commented that 2 hours of sun exposure is enough to make Melasma worse.

He commented that the patient should be educated by recommending a sunscreen and minimal exposure to the sun. He recommended Photoderm M because it has anti-recurrence efficacy and has high coverage and a matte finish, thus preventing hyperpigmentation.

3) Dr. Juan Carlos Diez de Medina: dermatology and venereology. He talked about “actinic prurigo”, which is an acquired idiopathic dermatosis. It creates conjunctivitis, affecting indigenous people and mestizos more frequently. It is more frequent in cities with higher altitudes and occurs more frequently in children (60% to 70%), affecting more women.

4) Dr. Rosa María Lacy Niebla: clinical dermatology, oncology and phototherapy. She spoke about the concepts of photobiology for the specialist. She mentioned the changes that happen to the skin from ultraviolet rays. In the last 30 years there have been significant advances in photobiology, which is the interaction between non-ionizing radiation and molecular elements, with the resulting R. It depends on wavelengths, biological systems.

He commented on the photochemical reactions that produce cellular responses, such as psoralens and pyrimidines. Photobiology is applied to Dermatology and is known as PHOTODERMATOLOGY. UVR, LV and RIR are ranges of optical radiation and are part of the electromagnetic spectrum.

Read:  The new moisturizing cream that Tamara Falcó has included in her beauty routine to have beautiful skin

The energy of a photon is inversely proportional to that of the radiation The exposure dose is responsible for the photobiological response Only photons that are absorbed by molecules in the skin can initiate a response. Each chromophore absorbs a certain wavelength (absorption spectrum)

5) Dra Judith Domínguez: dermatologist, dermatological surgery. She talked about applying and reapplying sunscreen, where sunscreens protect immediately and level off after 10 minutes. So there is no need to wait 30 minutes for sun exposure and 75% of the filter remains on the skin after 8 hours, in case of no activity, and 45% remains after 8 hours with activity.

Laminated residential glass blocks all UVA and car glass tinted with green tint protects more, windshields can have 3 different colors, gray and green protect more. In the case of the side and rear windows, they block UVB and allow a certain amount of UVA to pass through. For people with Photodermatosis, it is always better to stay away from the side windows.

6) Dra Helena Vidaurri: pediatric dermatology. She spoke about the importance of family education in photoprotection. Children’s skin is thinner. Children under 6 months of age absorb a lot of solar radiation and are more susceptible to sunburn, because their epidermis has fewer cell layers.

Photoprotection depends on our behavior in the sun. We must educate parents on Photoprotection. In children, sunscreen should be applied every 3 hours and also when playing sports. We must all protect ourselves from blue light, ultraviolet rays. He advised that the use of computer screens, as well as televisions, be limited before 7:00 pm.

At the end, the Bioderma NAOS team spoke about the renewal of Photoderm Mwhich is a Sun Active Defense, which improves the skin’s self-defense capacity with the union of photostable filters = ectoine and mannitol.

Photoderm M was designed with the innovation of Bioderma’s unique patent for Melasma, which provides the highest protection against blue light, built by world-class dermatologists, Professor Passeron, an expert in hyperpigmentation and L. Duteil research dermatologist.

All Bioderma Sunscreens can be used on babies from 6 months of age. They are also resistant to water, humidity and sand.

At the end, the General Director, Andrés Razo, spoke, commenting on the importance of continuing medical education, as well as continuing to innovate in Bioderma products for the benefit of the end customer. And he ended with thanks to all those involved, who made this great event possible, such as his team, as well as the specialist speakers in dermatology and different branches of it.