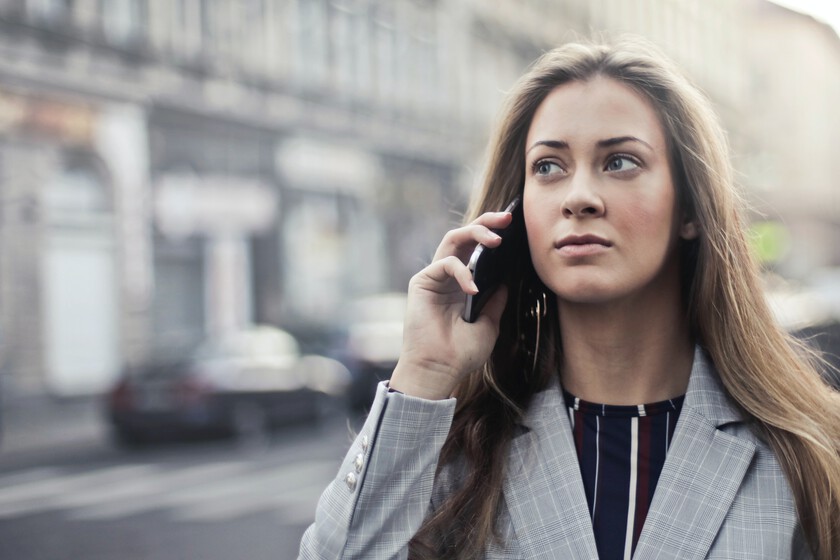 Most young people don’t want to talk on the phone. Not even calling the restaurant on duty to order takeout. Not to your landlord to complain that the radiators don’t work. Nor to their boss to warn that they are sick. Instead, they prefer to order their pizzas on-line, send a WhatsApp to the landlord, an email to the boss or simply click on a box in Excel to notify you that you will not go to work. The gesture of silencing an incoming call is becoming more and more common, especially among millennials, digital natives who prioritize other forms of communication before the traditional telephone conversation.

If this happens to you too, you are not alone.

Phone anxiety. Staying in touch with loved ones without seeing them in person has become even more important during the pandemic. But for some people, making or receiving calls is a stressful experience. Telephone anxiety, or telenophobia, is the panic and flight from telephone conversations and is more common among people with social anxiety disorder and young people.

Some symptoms include delaying or avoiding making calls due to increased anxiety, feeling extremely nervous or anxious before, during and after the call, and obsessing over what will be said in the call. Symptoms include nausea, increased heart rate, shortness of breath, dizziness, and even muscle tension. A 2019 survey of employees found that 76% of employees millennials and 40% of baby boomers they have anxious thoughts when their phone rings. That’s why 61% of millennials would completely avoid calls, compared to 42% of baby boomers.

They take time away from millennials. The widespread aversion of young people to the telephone conversation cannot be attributed in its entirety to the so-called “telenophobia”. According to a recent study, published on bankmycell.com, 75% of the millennials avoid answering calls because they think they take up too much time. Although there is, despite everything, a hierarchy when it comes to ignoring one or the other calls. According to the study, 29% of young people tend to ignore calls from friends, compared to 25% who ignore those from their family and 21%, those from their work.

Disconnected from calls. Behind those ignored calls there is not always a conscious choice. The abundant unwanted advertising calls and an over-information in the smartphones It has led many young people to keep their mobiles permanently silent, causing many calls to end in limbo. Some people choose to text because it gives them time to think about the wording, which gives them an opportunity to be informal. In some cases, they even develop a different personality separately and in contrast to their more reticent real-life selves.

Research also suggests that anxiety is related to a concern about what the other person thinks of them. By eliminating the immediate reaction of others in spoken conversations, texting can offer people a way to establish social contact without fear of rejection or disapproval. In face-to-face conversations, we have various distractions in our environment. This can make the interaction feel more informal and the conversation flow naturally. In a call there are not, so it can seem that the center of attention is on us.

The bosses, angry. A Wall Street Journal article a few years ago recounted how companies can’t get young people to answer their phones. The heads of the millennials for some reason they feel that their workers should be available to customers, if such a thing can be imagined. In an experiment at Metro Guide Publishing, advertising sales dropped and they identified a reason: Their sales staff, all under the age of 35, were emailing customers with their presentations, not calling them on the phone.

Such was the internal turmoil of the company that they hired an expert to teach young workers how to use the telephone.

The mute generation. Very connected, yes, but the millennials we are practically a mute generation. A study shows that those born between 1981 and 1996 have dread or some type of anxiety to answer and make phone calls. According to the results of the survey Dumb generation, 81% of millennials avoid making phone calls at all costs or have to prepare before dialing because it creates anxiety. In the same way, receiving a call seems like an intrusion into their personal life because they prefer to interact through WhatsApp.

The reasons for this phenomenon? Many and very varied. Calls can take a long time and you have no way of knowing if it will last minutes or hours. They’re unsettling: In most cases, the phone will vibrate at a random time of day, which could derail whatever activity you’re doing. They are presumptuous: in general, when someone calls you, their needs are greater and you are supposed to have time to be interrupted. And ineffective: when you use WhatsApp, you can come and go as you please. In addition, by sending an email or a message through an app, you go straight to the point, without any prior chat.

In fact, 63% of people use the “I haven’t heard” excuse to avoid a call, followed by 12% who blame the phone signal. Suffice it to say that 88% of people would rather have unlimited data than calls and SMS today. Can we blame millennials for the disappearance of the phone call? Written communication allows us to participate in the conversation at the pace we choose. We shouldn’t worry about misinterpreting someone’s tone when words are written in black and white. Perhaps it is not the phone calls we are opposed to, but the feeling of having been ambushed by the responsibilities that come from those calls.

Capcom sales increased in 2021 thanks to RE and MH

Being elegant is in our way of being, not in the way we dress

América Móvil will invest 8,000 million pesos with Claro TV if it obtains the concession