Phil Spencer is committed to bringing Final Fantasy 14 to Xbox 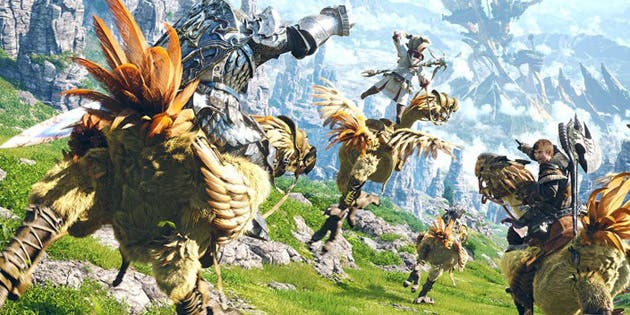 To the delight of many fans, Phil Spencer has announced that he remains committed to bringing Final Fantasy 14 to Xbox., even though there have been no updates since the port was first announced. Phil Spencer announced the Xbox port of FF14 back in 2019, during an event where it was revealed that several Final Fantasy titles would be coming to Xbox Game Pass. There are many cross-platform Final Fantasy games, but the fact that FF14 is an MMORPG complicates things.

The game needs servers to be able to accommodate the players, and a influx of players on Xbox platforms would cause congestion, something that haunts the game every time a new expansion is released. Creating new servers is not as simple as flipping a few switches. And yet Spencer wants to bring Final Fantasy 14 to Xbox. How will he make it possible?

Commissioning new servers is expensive and requires maintenance and staff to run. The situation was so dire during the release of Endwalker that Square Enix suspended digital sales of FF14 because the servers were very clogged, so the introduction of a new platform would aggravate things if the situation is not prepared. The fact that the FF14 Xbox port was announced in 2019 and then nothing happened led many fans to believe that the port was cancelled.

There have been no major updates since then, not even a promise of an Xbox Series X|S version. However, it seems that the port is still standing, although there have been no updates on its progress. Phil Spencer has told Game Watch that the developers haven’t given up yet. and that Microsoft and Square Enix remain committed so we can all bring Final Fantasy 14 to Xbox

This company is committed to connecting your home, car and cell phone with satellite internet