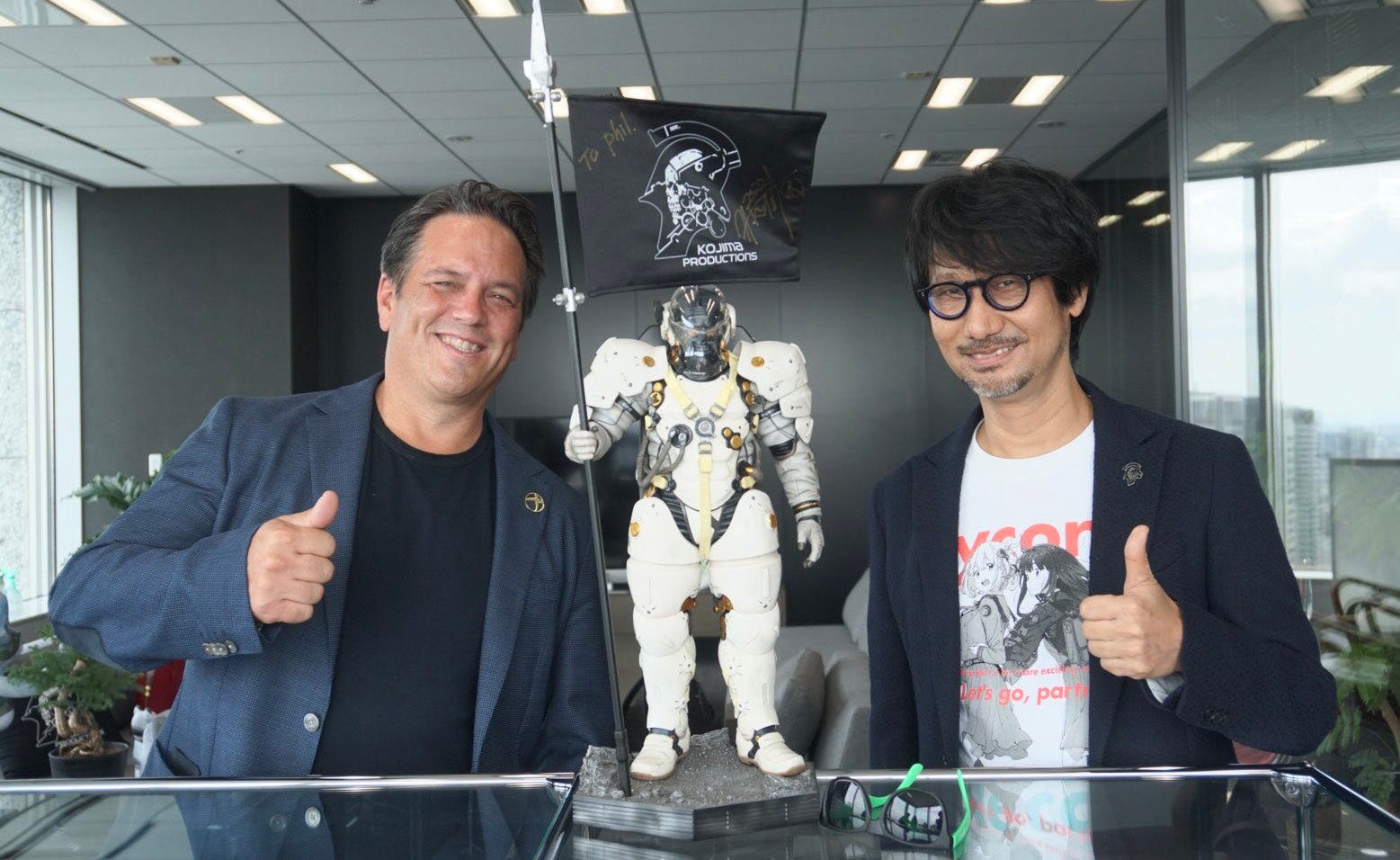 One more year, Xbox has not stopped being present at the Tokyo Game Show and has done it in style. During his conference, the arrival of a quite interesting string of Japanese titles to Xbox Game Pass was confirmed, such as Guilty Gear–Strive or BlazBlue: Cross Tag Battle Special Edition. Phil Spencer did not want to miss the event either and did so in the form of an interview, in which he confirmed interesting details such as the good results that Xbox Series S is obtaining in Japan or that Microsoft has not finished acquiring new studios, despite the fact that the formalization of the purchase of Activision-Blizzard has not yet taken place.

In addition, thanks to some recent photos, it has been confirmed that Phil Spencer and Hideo Kojima have coincided in the Tokyo Game Show. Kojima himself has uploaded the images to his Twitter profile, unleashing new theories among fans; especially for the “for Phil” dedication next to the Kojima Productions logo. At the moment we know that the project of Kojima Productions and Xbox Game Studios is a reality, whose code and temporary name is Overdose.

Although it is more than likely that the title is in the early stages of its development, Geoff Keighley linked a photo to one of his tweets, which could be the first image of this new title and that it would have been born to take advantage of the full potential of the cloud. . At the moment no more details have been given about the game or future projects between Xbox Game Studios and Kojima Productionsbut we hope that Overdose is neither the first nor the last.

Read:  Get these second-hand deals on Xbox consoles, games and accessories