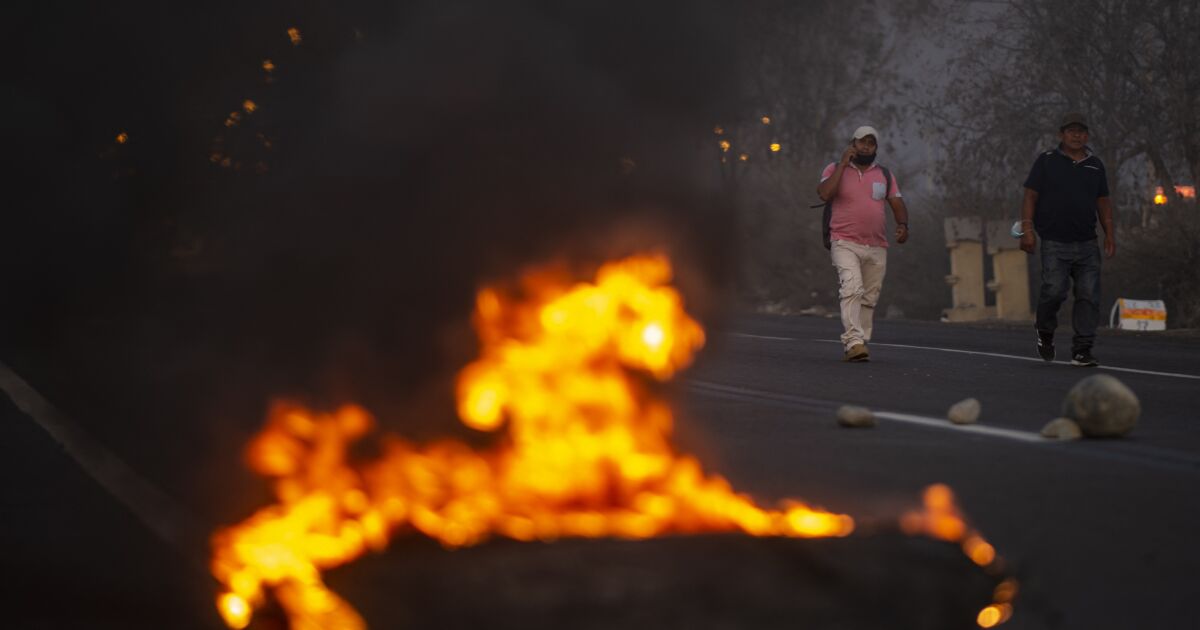 “Given the acts of violence that some groups have wanted to create (…) and in order to restore peace and internal order (…), the Council of Ministers has approved declaring the citizen’s immobility (curfew) from from 2:00 a.m. to 11:59 p.m. on Tuesday, April 5, to protect citizen security,” Castillo said in a message to the country on television around midnight on Monday.

The measure, which immediately provoked expressions of rejection on social networks, implies leaving the 10 million inhabitants of Lima and Callao locked up in their homes on Tuesday.

Various acts of violence, including the burning of toll booths on routes, looting of some shops and clashes between protesters and the police, occurred this Monday in various areas of Peru in the first stoppage faced by the Castillo government, in power for eight months.

The protests, triggered by rising fuel and food prices, took place in Lima and the regions of Piura, Chiclayo, La Libertad, Junín, Ica, Arequipa, San Martín, Amazonas and Ucayali, among others, and led to suspend classes in schools due to the restriction of public transport.

“I call for calm, serenity, social protest is a constitutional right, but it must be done within the law,” Castillo said in his brief message.

The Union of Multimodal Transport Guilds of Peru claims against the rise in fuel prices and tolls and the strike of its members would last until Tuesday.

In the regions of Ica (south) and Junín (east) there was looting in businesses, according to images broadcast by local television stations. In Ica, 300 km south of Lima, some toll booths on the Pan-American highway, one of the country’s main highways, were burned.

Read:  10 Super Useful Mac Tricks That Most Don't Know About