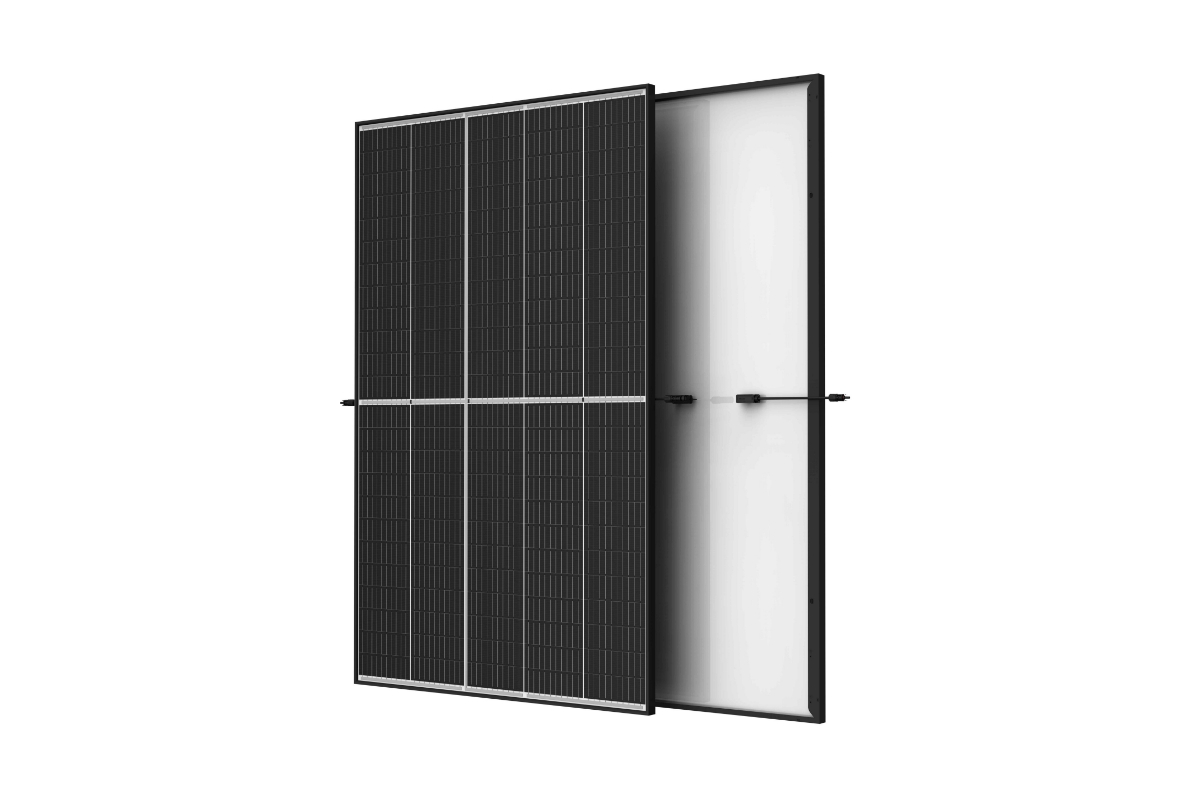 The Chinese multinational Trina Solar has just introduced two new ranges of solar panels: Vertex N for commercial and industrial applications and Vertex S+ for residential use. Both use TOPCon technology, which is expected to take over from PERC boards.

The international event RE+, a show dedicated to renewable energies and their technology, has served for Trina Solar to present two new product lines that intend to lead the solar market in the coming years.

It’s about the Vertex N and Vertex S+ rangesdeveloped for large solar plants and for residential purposes respectively.

The main feature of these new solar modules is the use of TOPCon technology from tunnel oxide passivated contactswhich provide higher efficiency, less degradation and a better temperature coefficient compared to conventional modules.

Electrons can pass through a tunnel, due to a quantum-physical phenomenon. This allows contact to be established, while the wafer is better passivated and recombination losses are significantly reduced.

In standard contacts, which basically consist of pure metallization on the wafer, losses are high. However, selective emitter technologies they reduce these losses for the front contacts, since they selectively increase doping under the metal.

In this context, Helen Lipresident of Trina Solar’s global cell and module business, has pointed to pv-magazine.es that Trina Solar uses its “own n-type TOPCon technology in a 400 MW solar plant under China’s Top Runner programme”.

Read:  Vehicle production in Spain falls by 28% in November 2021

“But when we built it, customers were not willing to buy these products, as the prices were too high, even though we had a certain size production line. Nevertheless, we draw on this experience for our current approach»has expanded.

Trina Solar’s Vertex range is made up of several high-performance photovoltaic modules with powers ranging from 425 to 580 W.

With a 425W power and 21.3% peak efficiency, this small-sized panel has been designed with aesthetics in mind, for which its cells have been treated to adopt the color black. They are especially suitable for residential roofs.

This panel offers a power of 430 W and a maximum efficiency of 21.5% and has been designed to be compatible with the main existing inverters, optimizers and mounting systems. Noted for its lightness and easy handling.

Solar panels without installation: this is all you have to know about them

Thanks to its 580 W power and 21.5% efficiency, this solar module is perfect for industrial and commercial applications. It has been designed to reduce wiring, mounting structure and labor costs, investment and payback times.

Offers a 425 W power and a maximum efficiency of 21.9%. It is 2.5 kilograms lighter than a conventional double glass solar module of the same size.

For the first time in history, they create a saliva test to detect pregnancy

“The economy is the biggest bubble in history,” warns Robert Kiyosaki