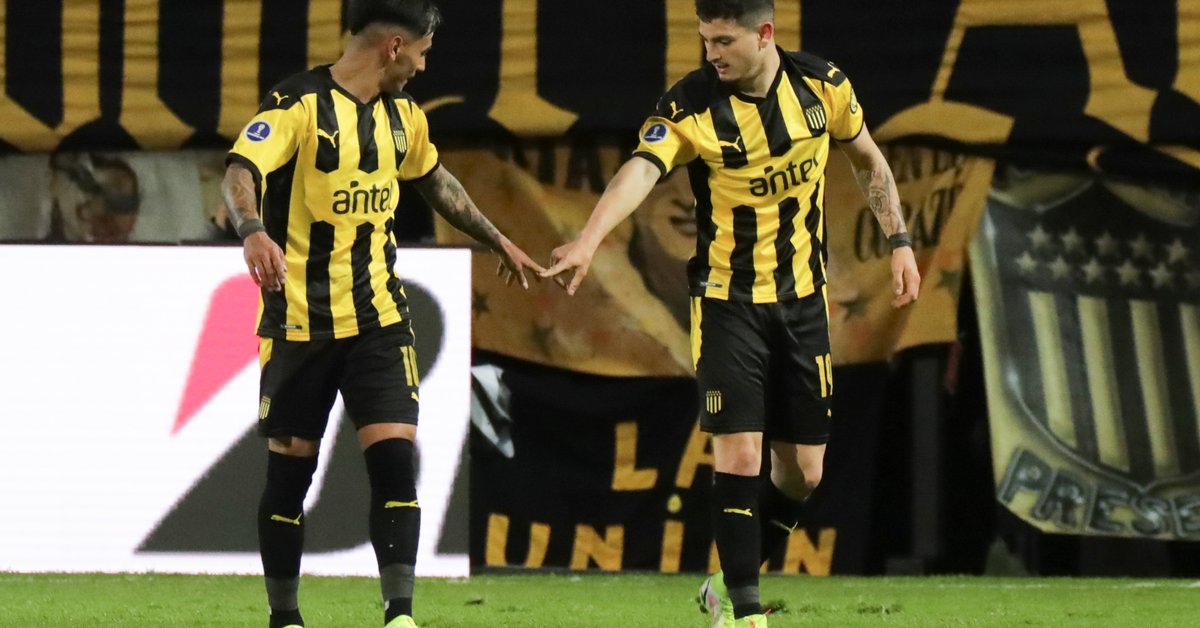 Montevideo, Oct 21 (EFE) .- A few days after suffering its first defeat in the Uruguayan Clausura Tournament, Peñarol beat Montevideo City 3-1 and was the only leader.
Two annotations by Facundo Torres and one by Agustín Álvarez Martínez gave the three points to the team led by Mauricio Larriera, who now accumulates 16 units out of 21 possible.
Meanwhile, Nacional let slip the possibility of accompanying him in the first position after falling 1-0 against Montevideo Wanderers this Thursday.
Despite having played a good second half and generating several scoring opportunities, Martín Ligüera’s team could not overcome the goal scored by Colombian Juan Aguirre at 42 minutes into the first stage.
With this result, Wanderers reached 13 points and climbed to third place, while Nacional was fifth with the same units as their rival on duty.
For its part, Cerro Largo also reached 13 integers and is now in second position.
With the Ecuadorian goalkeeper Alexander Domínguez as the starter, the team led by Daniel Núñez drew 0-0 with Sud América in Montevideo.
The fourth team with 13 points is Progreso, which on this day beat Deportivo Maldonado 2-0 and climbed to fourth position.
Martín Marta and Gastón Colman gave the victory to the eleven led by Álvaro Fuerte.
In other games, Fénix drew 1-1 with Liverpool, while Rentistas beat Villa Española 3-1 and added three for the second consecutive date.
In addition, Boston River beat Cerrito 3-2 and Plaza Colonia drew 0-0 against River Plate.
With this result, the local remains the only leader in the Annual Table accumulated with 45 points, one more than those of Peñarol.