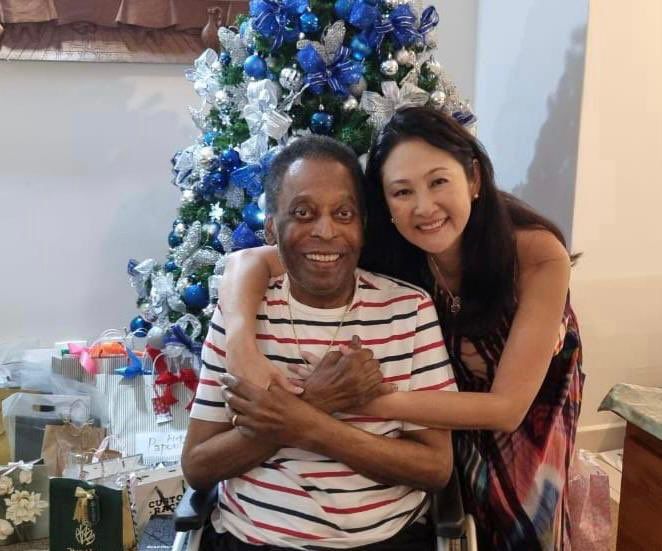 Former Brazilian soccer player Edson Arantes do Nascimento “Pele“, who is treated for a colon tumor, remains in stable health and without change of diagnosis, his daughter said this Saturday, Kely Nascimento, when confronting versions about the alleged worsening of the “king’s” health.

The daughter of the considered best soccer player of all time and three times world champion posted a message on his Instagram account to reassure Pele fans after unconfirmed press versions indicated that three other tumors resulting from metastasis had been detected and that the cancer was already widespread.

“Yesterday I was bombarded by WhatsApp and other networks. I was even surprised by what was happening. I am writing to tell you that my father is fine and that his diagnosis has not changed.”Kely Nascimento stated on Instagram.

“He goes to the hospital every month for a general evaluation, so you can expect that kind of thing (hospitalizations) to happen from time to time. Thank you all for your concern.”

The press versions of the alleged worsening of the health of the considered best athlete of the 20th century emerged on Thursday after Pelé, 81, was discharged from the hospital to which he had gone a day earlier for a new check-up.

Despite the fact that his doctors released a bulletin stating that he had been discharged after a new routine evaluation and that his health was fine, the ESPN Brazil network disclosed information according to which the “king” had two tumors detected, in the liver and intestine, and a third arising in the lung.

“Edson Arantes do Nascimento was admitted to the Hospital Israelita Albert Einstein on January 19 and 20 to follow up on the treatment of the colon tumor, which was diagnosed in September 2021. The patient was discharged this Thursday and is in stable clinical condition,” the medical bulletin said.

Despite that bulletin, the press version, without sources or clarifications, went around the world and generated thousands of posts on social networks in which fans lamented the aggravation of the former soccer player’s health and his alleged “generalized cancer”.

In the week of Christmas, Pelé was also in the prestigious Sao Paulo hospital as continue treatment against colon tumor and for which he underwent surgery in September.

Just as he did this week, the triple world champion with the Canarinha (1958, 1962 and 1970) then went to the clinic to undergo a new chemotherapy session and, in a complementary way, to another series of exams to know their state of health.

Pelé was hospitalized at the Albert Einstein on August 31 for some routine exams that had been postponed due to the coronavirus pandemic and in which a tumor was detected in the colon, which was operated on days later.

Since then, he began a chemotherapy treatment, which, according to the doctors, reacted in a “satisfactory” way.

Pelé’s health has deteriorated in recent years due to spine, hip, and knee problems that have reduced your mobility and they have forced him to go through the operating room, in addition to suffering some kidney crises.