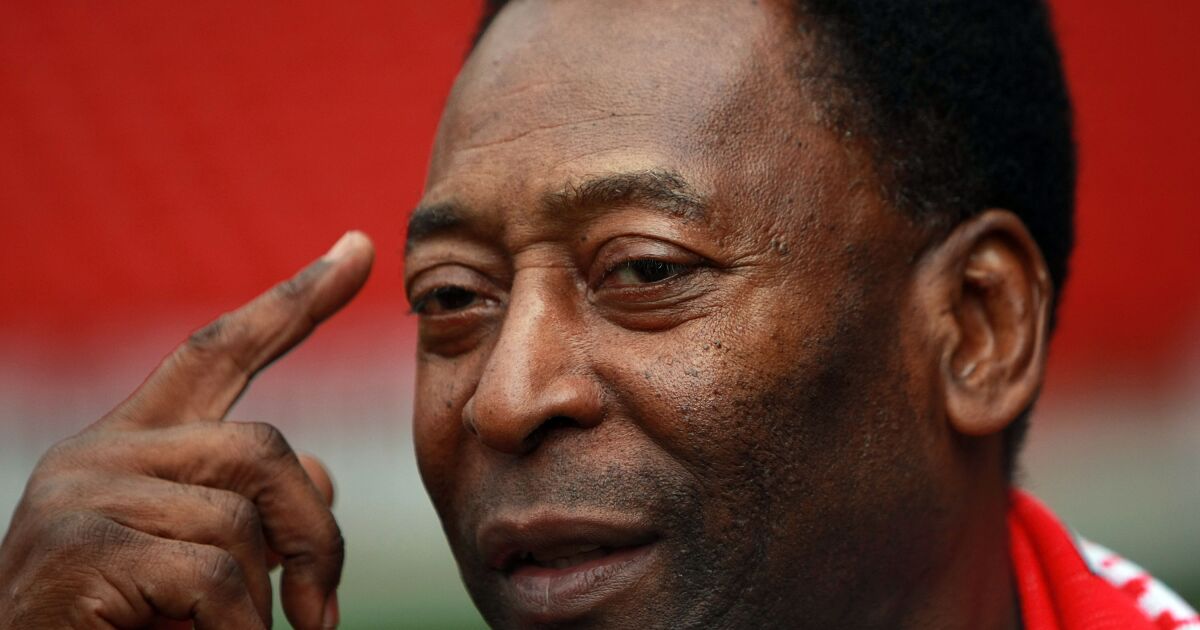 “May God comfort his heart and be surrounded by love and light,” wrote the former player, along with a photo of his youth in which he appears singing and playing the guitar with the artist.

The latest medical bulletin, last Monday, indicated that Pelé was “fine”, recovering in an Intensive Care Unit after the operation to remove a “suspicious lesion in the colon” detected during a routine check-up.

My friends, this is a message for each of you. Do not think, not even for a minute, that I did not read the thousands of messages of affection that I received around here. Thank you very much to each of you for dedicating a minute of your day to send me good energy. Love love love!

The Albert Einstein Israelite Hospital reported this Wednesday that it had “no news” about his health; It also did not confirm if the star was still in an Intensive Care Unit or was transferred to a room, as expected.

Considered by FIFA the best footballer of the 20th century, a distinction he shares with the late Diego Armando Maradona, Pelé was admitted on August 31, he said, for routine exams.

That day, the former soccer player wrote a message on his social networks in which he said he was “in very good health”, denying rumors that he had fainted.

“I went (to the hospital) to have my routine exams, which I had not been able to do before due to the pandemic,” said ‘O Rei’, without indicating if he had been hospitalized.

In those check-ups the anomaly was detected.

READ:  Families and friends vibrate with excitement for their athletes at Tokyo 2020

Edson Arantes do Nascimento, who will turn 81 on October 23, has been admitted to the hospital several times in recent years to treat health problems.

The last was in 2019, when he was admitted to Paris and transferred to Sao Paulo to remove a kidney stone.

In 2014 ‘O Rei’ was admitted to intensive care after another urinary infection that forced him to undergo dialysis in his left kidney, after in the 1970s his right was removed due to an injury while he was still a player.

Shirt 10 also underwent hip and spine surgeries and since 2012 he has been moving with some difficulty, even showing himself in public in a wheelchair on some occasions.

Despite isolation, Mexicans had no more children in 2020

Messi will continue out of the field due to injury

“We have to learn to deconstruct the word macho”: Horacio García Rojas

Tips to use graphic socks without failing in the attempt

Why is it important to have a bisexual visibility day?

Incubus. Memories can turn into nightmares