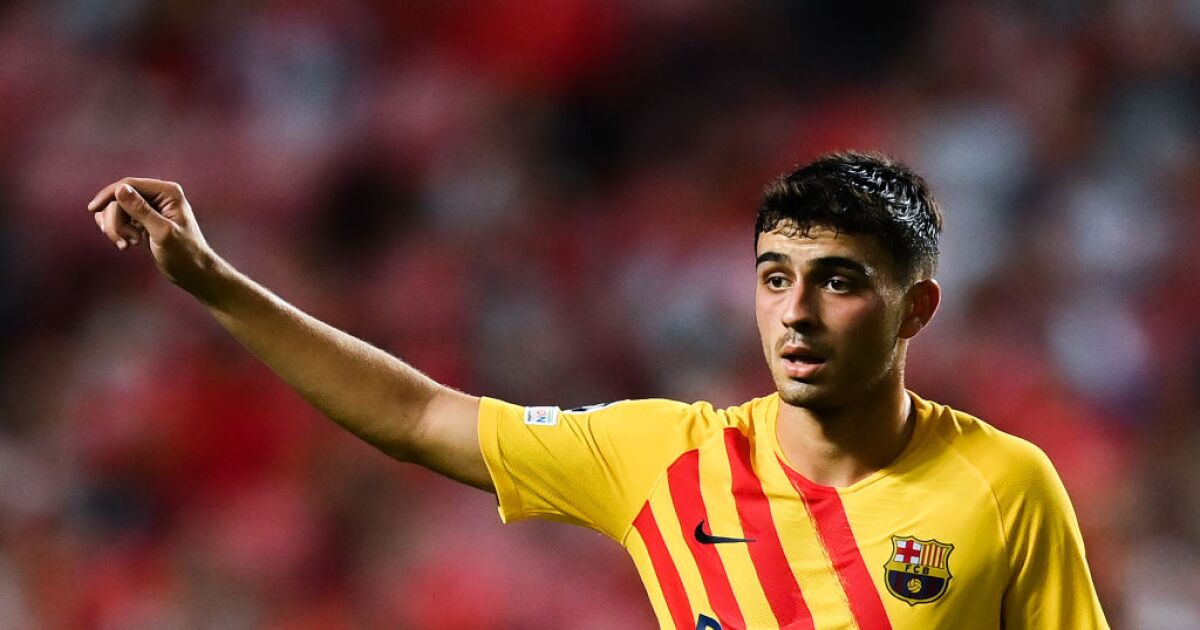 Important for the selection of Spain

But its growing importance in the center of the Barça field has gone hand in hand with that acquired in the core of the Spanish team under the orders of Luis Enrique.

In ten games with La Roja, Pedri was also, at 18 years, six months and 18 days, the youngest player to debut with Spain in a final phase of a European Championship or World Cup in the European past.

With the Red team he reached the semifinals of the Eurocup and without barely resting he later played the Olympic Games with the U21 team with which he achieved silver after falling in the final with Brazil.

Between national team and club, Pedri played last season “74 games that placed him as the player in the European leagues with the most games played,” Barcelona recalled.

The young Barça player, who has just been included in the 30 finalists for the Ballon d’Or, is among the group of young talents called to lead the change of era in Barcelona, ​​along with Gavi, Eric García and Ansu Fati, who should renew with the club in the next few days.

Read:  You can go to the Coachella Festival without being vaccinated

Verstappen wins US GP and extends lead over Hamilton; Czech is third

The United States GP is for Verstappen, Czech comes third

Why doesn’t anyone like you? This is what happens to you