Bullfrag
Home Technology PCs come to the cloud from Microsoft 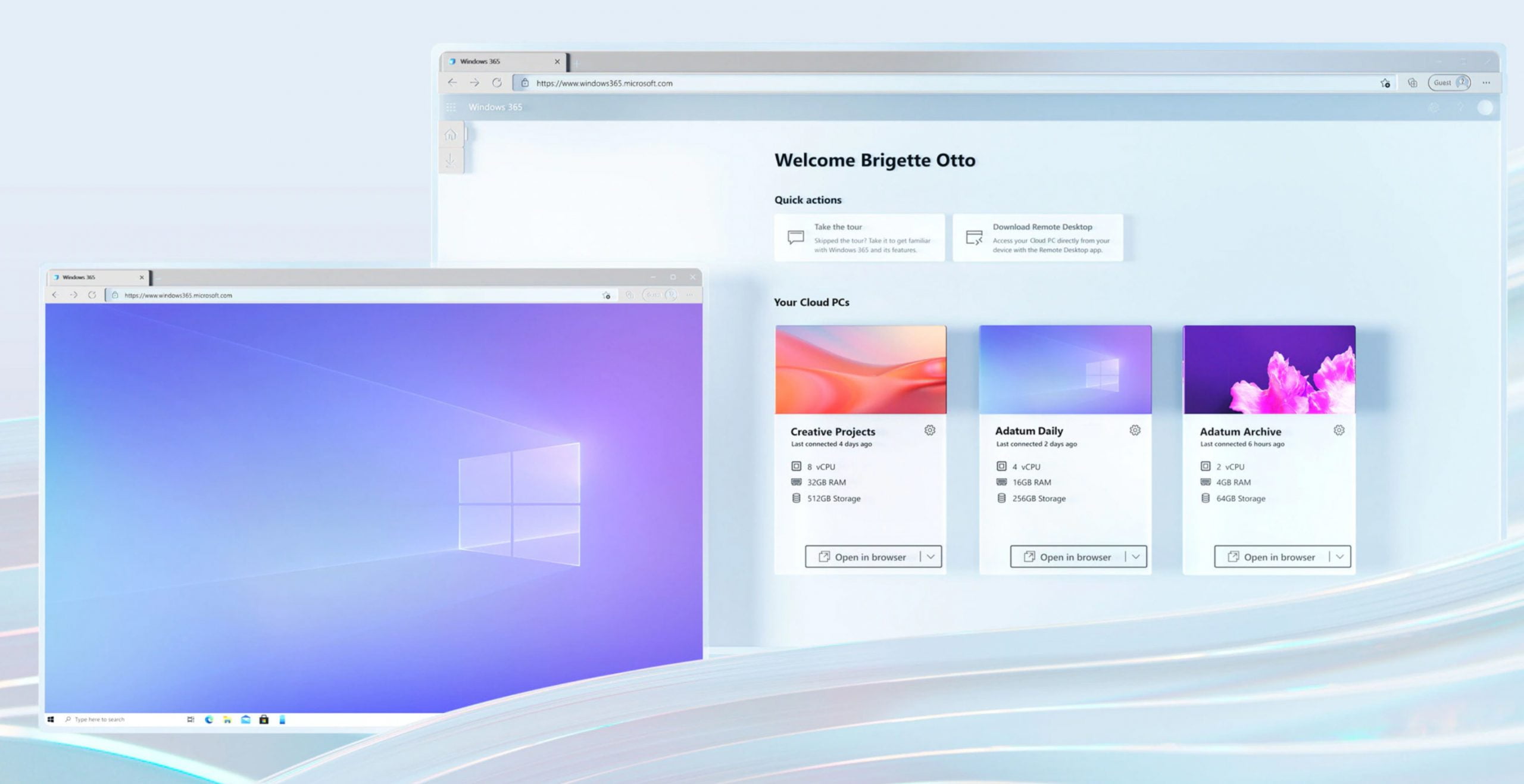 We had been hearing for a long time that CloudPC, the next element that would arrive in the cloud, was a matter of time. The idea was simple, to offer a PC in the cloud and that we always have hardware up to the task, the hardware is not a key element, the connection is.. Windows 365 is the solution that Microsoft proposes and we tell you what it consists of.

Windows 365, hardware goes to the cloud

Microsoft has taken one of its strongholds of the company to the cloud. After Office, it is now the turn of Windows 365, a new service that will allow companies to access PCs in the cloud from anywhere. Streaming a version of Windows 10 or Windows 11 in a web browser. Yes OK virtualization and remote access to computers have existed for more than a decadeMicrosoft is betting on Windows 365 to deliver cloud computing to businesses just as they shift to a combination of office and remote work.

Windows 365 will work in any modern web browser or through Microsoft’s remote desktop application, allowing users to access their PC in the cloud from a variety of devices. “Windows 365 provides an instant boot experience”according to Wangui McKelvey, general administrator of Microsoft 365. This instant access allows workers stream your Windows session with all of your same apps, tools, data, and settings on Macs, iPads, Linux machines, and Android devices. “You can pick up right where you left off, because the state of your PC in the cloud remains the same, even when you switch devices”explains McKelvey.

Windows 365 will only be available to businesses when it launches on August 2, with a monthly subscription cost per user. Microsoft has not detailed the cost and will not do so until the service launches next month. What we do know is that Windows 365 is designed from sole proprietorships to companies with thousands of employees.

There will be two editions of Windows 365: Business and Enterprise. Both work with Azure Virtual Desktop and individual cloud teams can be configured. With a single CPU, 2GB of RAM, and 64GB of storage at the low end, up to eight CPUs, 32GB of RAM, and 512GB of storage. Microsoft offers 12 different configurations for Windows 365 Business and Enterprise, and businesses will be able to scale processing power, so there will be plenty of options to choose from.

Technically, Windows 365 is not very different compared to the multiple options that companies could already hire. Microsoft has already offered similar technology with Azure Virtual Desktop, Y Citrix has been offering cloud-hosted desktops for years. Where Microsoft is trying to differentiate is in ease of use and administration. “Windows 365 is really going to make a difference for organizations that wanted to try virtualization. But, for various reasons they couldn’t, maybe it was too expensive, too complex or they didn’t have the internal expertise to do it »says McKelvey. Businesses will be able to create cloud PCs in minutes and assign them to employees, avoiding the need for dedicated physical hardware. That could be attractive to many companies that hire remote workers or even temporary staff. These need securely access a corporate network. Since their entire Windows PC is in the cloud, employees don’t need to browse VPNs or worry about security on personal devices.

While Windows 365 seems to arrive on time for businesses looking to tackle the complexities of remote work, Microsoft has been working on the service for years. Microsoft’s operating systems group had been working on a project codenamed “Arcadia”. A service for stream video games from the cloud. Arcadia goes back to Microsoft showing Halo running on a Windows Phone in 2013. This initial virtualization work eventually led to Windows 365 and a focus on making it easy to use.