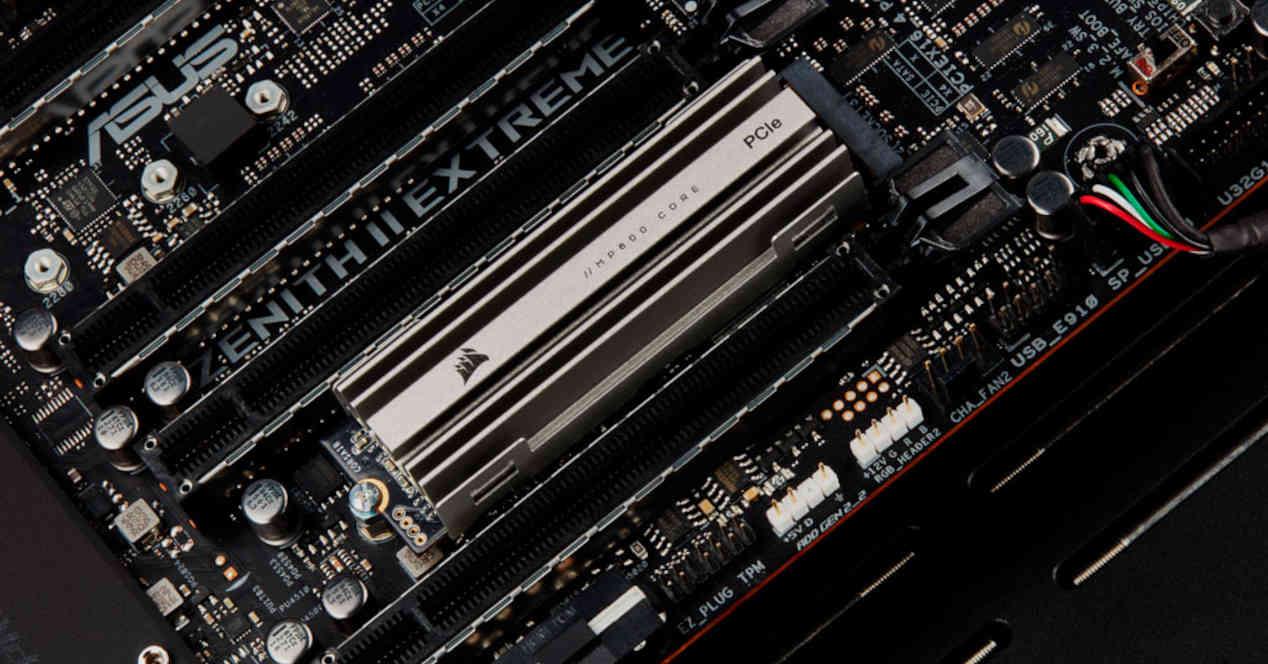 Phison is one of the most acclaimed and recognized manufacturers of flash controllers in the market, therefore he knows very well the advances and problems to be solved in the future of NVMe SSDs. Well, through a live broadcast we have been able to find out what the evolution of this type of storage is going to be and they confirm a good part of the predictions that we have made in recent times regarding the advances in hardware.

Index hide
1 When will we see the next generation of NVMe SSDs?
1.1 NVMe SSD as RAM and L4 cache
1.2 The future of NVMe SSDs

When will we see the next generation of NVMe SSDs?

From the mouth of Phison’s technical director, Sebastien Jean, we have been able to know that it will be in 2022 that we will begin to see NVMe PCI Express 5.0 SSDs. As for the generation that will come later, given that it takes three years to deploy a new technology compared to the previous one, it is expected that the NVMe SSDs that use PCIe Gen 6 We will see them at the earliest in 2025 and very late in 2026.

Also commented as the API DirectStorage Microsoft will mark a before and after in the use and performance of solid state drives in the PC, remember that one of the capabilities is that they allow access to the NVMe SSD to the graphics card directly without having to depend on the processor, which gives virtually a large amount of video memory and is ideal not only in games, but also in the professional world.

One of the improvements that the PCI Express 5.0 standard brings is the Compute Express Link, an extension that adds coherence in the addressing of memory to all the components that are connected through the PCI Express. Well, PCI Express 5.0 compliant flash controllers can communicate to 14 GB / s, a bandwidth equivalent to a single channel of DDR4-2133 memory. Sebastien Jean’s prediction? Since the SSD and the RAM will work in the same memory space, an L4 cache is necessary for the coherence between the SSD and the RAM in addressing.

Let’s not forget the existence of NVDIMM-P modules that combine RAM and on-chip NAND Flash memory is not only a reality, but we have, for example, AMD patents that refer to the use of this memory and without leaving Lisa Su’s either we have to forget about another of their patents where they talk about an L4 cache. We are very sure that Intel will also follow these steps and the red mark will not go alone. Has Phison’s CTO had a slip on the future? It is more than possible.

Read:  What is and how to play MP4 video format on Windows PC?

The future of NVMe SSDs

What interests us is to know how NVMe SSDs are going to evolve in the near future and one of the most important points has to do with cooling, it is no secret that the power consumption of the PCI Express port increases with each generation of the interface. and this supposes an increase in the heat generated. If, with version 4.0 of the standard, the use of passive dissipation is recommended, as is the case with PlayStation 5, with the use of versions 5.0 onwards it will be necessary to use active heatsinks. Apparently the power consumption of an NVMe Gen 5 SSD is 14W, but a sixth generation consumption will be 28W, resulting in a challenge for industrial designers to be able to maintain the unit at acceptable working temperatures.

Another point they have talked about is the reduction in the number of lanes and PCI Express lines used, which will not only allow much smaller and cheaper Flash Controllers, but also storage units that are more compact in size. Currently the only storage units with a PCIe interface that use two lines are the so-called CF Express Type B used in some video cameras and Xbox Series Memory Cards. So this opens up the possibility of high-performance 1.8-inch storage drives, since until now they only existed with a SATA interface of this size.

To finish and although this is not a novelty, we will see its storage capacity increased, but we will see the NVMe SSDs with TLC cells being focused on the gaming market and the QLC for the lower ranges.