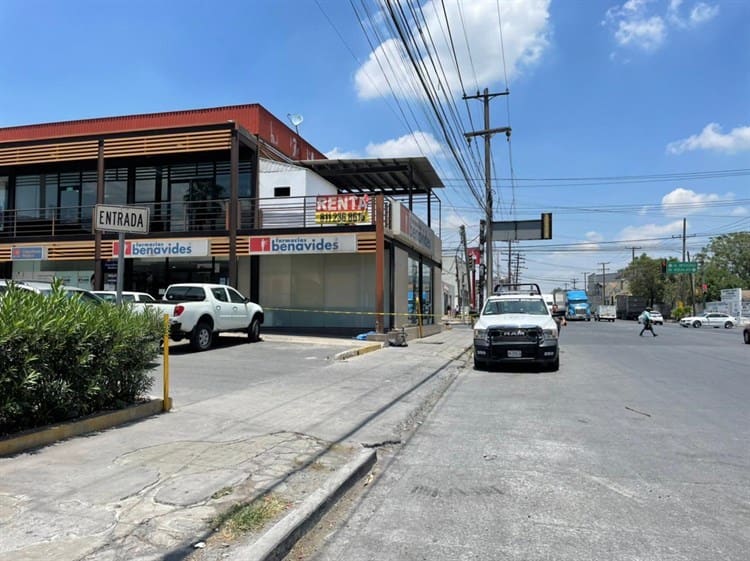 A man around 50 years of age He died when leaving a medical consultation in a pharmacy Benavides at the intersection of San Nicolás and Los Angeles avenues in Monterrey, Nuevo León.

It was around noon on Tuesday when the man, who has not been identified, went to query. When leaving the establishment, located in a commercial plaza of the aforementioned intersection, she fainted on the sidewalk and was left lifeless.

A Monterrey Police patrol came to the site to learn of the case and cordon off the area.

The man was wearing blue pants and a light blue shirt, as well as black shoes.

The Forensic Medical Service arrived at the scene as well as ministerial elements to carry out the investigations of the case. The area of ​​the sudden death of this man is located in the limits of the municipalities of San Nicolás and Monterrey.

Index hide
1 How many go to private doctors?
1.1 Why do patients prefer medical offices attached to pharmacies?

How many go to private doctors?

Although the pandemic arrived more than a year ago, the latest available data is from the Health and Nutrition Survey 2018-2019 (Ensanut).

In this analysis, carried out jointly by the Ministry of Health, the Institute of Public Health and the INEGI, it was found that in the last two weeks 56.8% of people had attended consultations in the public sector (including social security) , and 43.2% to the private sector.

Read:  What is pilocarpine ophthalmic and when is it recommended?

The Ensanut detailed that independent medical offices offer 60.2% of all private sector consultations, and offices that depend on pharmacies the remaining 39.5%.

The INEGI population census 2020, meanwhile, reported that 12.8% of the population goes to pharmacy offices to receive medical careand 16% to hospital institutions in the private sector.

Reviewing the figures from both studies, it is found that 4 out of 10 medical consultations in the country are in private services, either in hospitals or pharmacy offices. The latter known for charging about 50 pesos per consultation, and being easily accessible to people in their neighborhoods.

Why do patients prefer medical offices attached to pharmacies?

Pharmacy clinics are characterized by their affordable services. Consultations usually have a price that varies between 40 and 50 pesosso they are more accessible than other types of private care.

In addition, this type of modality has expanded throughout the country and to date there are already more than 15 thousand establishments throughout the national territory. That implies that there is at least one per colony and sometimes even more. With this in mind, If a person requires medical attention, they usually have pharmacy offices closer to their home than any public health center.

At the end of the day, all the reasons mentioned are what have caused this care model to triumph in our country. Although while patients prefer it, the medical community usually has another opinion because in some cases they consider it to be a form of labor exploitation.

Just as you read it! Surgeon and university professor becomes director of the first…

LAST MINUTE COVID vaccination for children in CDMX: these are the requirements and the venues

Will Smith can give Chris Rock another slap: stop him from buying a Bugatti