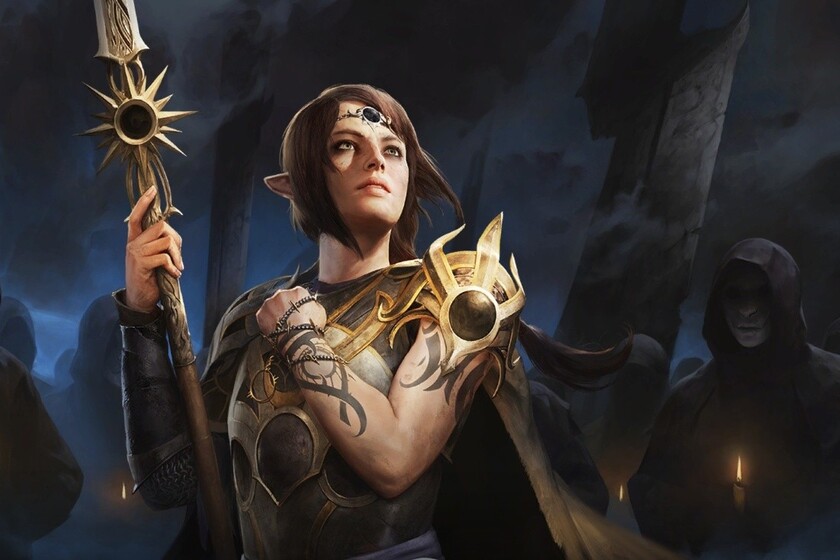 What a tour that Baldur’s Gate 3 takes. The great RPG of Larian studios It was released as early access almost exactly a year ago, and around that time the controversy of “is it fair to pay full price for a game that is not finished?” The truth is that at that time we could already enjoy 25 hours of content, and we talked about what it is (from my perspective, at least) new genre bar in terms of production values.

It goes without saying that during all this time, Swen Vincke’s team has released several content updates. Great, in addition; one of those that make it worth going back just to see what’s new. They include new classes, zones, and characteristics; which is neither more nor less than what the “patch” 6, in quotation marks because it realistically raises so many new features that the official nomenclature is almost to lower expectations of what it really offers.

We are talking, in fact, of the biggest update that has gone through BG3 to date. To give you an idea, the preview PDF of the patch notes sent to us covers ten whole leaves, without images. And I’m assuming the final Larian Studios blog post will be even longer. The greatest attractions from this version of the game, however, they are very easy to distinguish. And if you are keeping an eye on the current development, you probably already have an idea of ​​what is to come.

What to Expect in Baldur’s Gate 3 Patch 6

Although it does not correspond to the official presentation order, I believe that the biggest leap that the game is taking at the moment is a technical one. Graphic, specifically. Nvidia already anticipated us a few days ago that BG3 would soon receive support for DLSS scaling technology (ver. 2.3), but we did not know that a FidelityFX Super Resolution (FSR) adaptable to graphics cards of all kinds. And it’s just the tip of the iceberg.

Apart from this comes a complete redesign of the Lighting system. You will notice it in the behavior of the light when hitting different objects on the ground, as well as in volumetric effects like fog or clouds. For example, a glass jug would gain a transluminescence effect that it did not have before; but you will also find directional lights or global illumination that also affect particles, including sparks that come from fire or from a spell.

Larian Studios and their PR teams have allowed us try patch 6 upfront, and since a picture is said to be worth a thousand words, I’ve taken the liberty of creating a new character to show you what Baldur’s Gate 3 looks like (pun intended) with the new lighting effects, including a report from performance. The equipment that has been used during the capture is a loan from Nvidia that carries an RTX 3080, an i9 10900K and 64 GB of RAM. The capture is made at 1920x1080p resolution with DLSS enabled in quality mode and all graphic settings at maximum.

The character that I am using, by the way, is a little different from the tieflings that we are used to seeing because it corresponds to a newcomer class that is the magician (sorcerer) whose peculiarity is to be able to modify his magic during the course of combat to change the duration or range of his own spells. It’s what in Dungeons & Dragons 5E we call “metamagic“.

In turn, the sorcerer has a pair of subclasses: Wild Magic, based on ancient forces of chaos; and the one that I have chosen, which is that of the Draconic Lineage. Sounds very imposing, right? As its name suggests, it is a variant that descends from dragons and allows you to inherit power of a scaled ancestor of your choice.

That means that starting at level 6, you get a bonus related to the element you have chosen that boost your spells and it makes you more resistant. It also allows you to scale your character on the customization screen, although it is not required to play this subclass. There are several different aspects to choose from if the plan sounds good to you, and of course you can also choose between different colors.

There are a total of five new spells intended for sorcerers, although those of the Draconic Lineage have access to one more that depends on the ancestry they have chosen and — of course — their element also depends on it. There are some very fun ones, like one that drives a target crazy to attack its own allies and another that allows you to enlarge or shrink a character to affect their physical attributes. Using it on yourself may not always be the best option, but the possibilities are really interesting.

The other great novelty of the patch is the addition of a new region explorable call Grymforge. “A fortress associated with the goddess Shar with new content, missions, battles and mysterious NPCs to meet” reads the official description. I have not had the chance to explore it fully yet, because the life of the video game journalist is full of deadlines and unfortunately there is no time for everything, but you would do well to visit the official BG3 website to see one of those broadcasts they call Panel From Hell where you will undoubtedly learn more about it. It is likely that soon I will be able to bring some prints to 3DJuegos PC, or so I hope!

The little big improvements from the update

Of course, ten pages of content don’t fill up just by saying there’s a new playable class, region, and new graphics. Almost 50% of patch notes are focused on bug fixesBut there are also countless little news and improvements that lead the game to a renewed state worth rediscovering. In other words, there are a lot of balance changes, comforts, and minor tweaks that should make the experience for you. more enjoyable.

Some of these polish adjustments and improvements are as simple as the ability to drag objects in the swap menu, increase the size of the text font during dialogs, or copy and paste for command menus; going through other more complex ones such as the possibility of adding bonuses after rolling the dice again, a camera more polished and even adjustments in the audio mix environment, characters and effects to make the game feel more immersive.

These are just a few specific examples that have caught my attention, but if you have time and (a lot) want to read, you may want to visit the BG3 website to see everything in depth. Patch 6 will be available today, October 14, following the conclusion of Larian Studios’ scheduled broadcast. Once available, if you download it, your saved games previous patches will no longer be compatible with the game. Alternatively, you can continue playing from the patch 5 branch by right-clicking on the game from Steam and navigating to “betas” to select the corresponding one.

Harley Quinn could have a solo live-action series