By DominicSeptember 1, 2022No Comments2 Mins Read 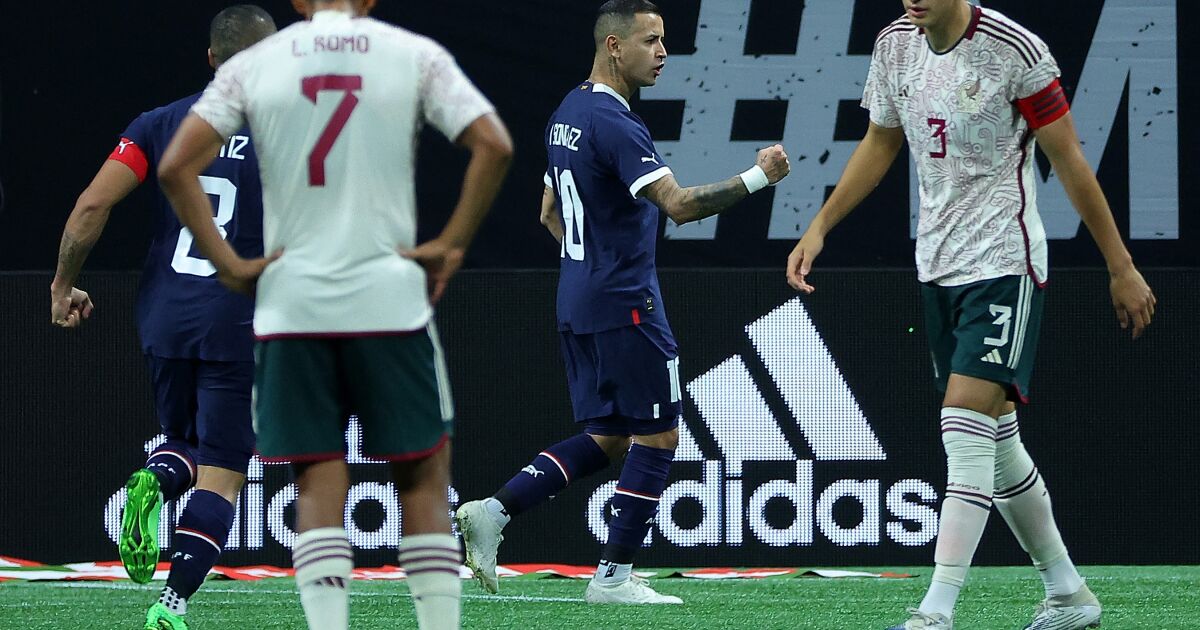 Derlis González, at minute 50, scored the goal for the victory of the Albirroja against the Tri.

The Mexican National Team established a clear and intense domain in the first minutes and at minute 11 threatened the Paraguayan goal for the first time with a header from César Montes that was saved by goalkeeper Antony Silva.

La Albirroja responded to 17 when Mateo Gamarra combined with Derlis González who could not solve the play inside the Mexican area.

At minute 28, Jesús Gallardo appeared in the Guarani area, cushioned the ball with his chest and before it touched the grass he hit a shot from the front and Silva once again shone by covering the shot.

The Mexican team unfolded on a counterattack at 36′. Alexis Vega leaked the ball to Roberto Alvarado who tried to define against Silva, but the goalkeeper who plays for Puebla in the Aztec league came out opportune to reduce the angle of the shot and reject the ball.

After enduring Mexican dominance throughout the first half, Paraguay came back from the locker room and soon found the goal in a surprising way.

At 50, Carlos González won a ball in the last quarter of the field and hit a shot from outside the area that crashed into the right post of the Mexican goal before the flight of goalkeeper Carlos Acevedo, the ball bounced towards the heart of the area where Derlis González took the opportunity to make it 1-0 with the goal open.

The Paraguayan team was saved from the tie at 56 when Gallardo hit the crossbar with a shot.

Read:  The 11 most important pharmaceutical companies in Mexico today

Without having the clarity of the first half, the Mexican National Team was launched for the tie, but already in the definition zone the Tri players failed their aim facing the goal or they would meet again with the gigantic figure of Antony Silva.

Near the end, Érick Sánchez and Eduardo Aguirre missed shots in front of the Guarani goal while Silva froze the last balls that came to him.

After this match, on Friday, September 23, the Paraguayan National Team led by Guillermo Barros Schelotto will play against the United Arab Emirates in Vienna; by your side, Mexico with its coach Gerardo Martino will have its next match on Saturday 24 against Peru in California, United States.