By NicolasOctober 22, 2021No Comments3 Mins Read 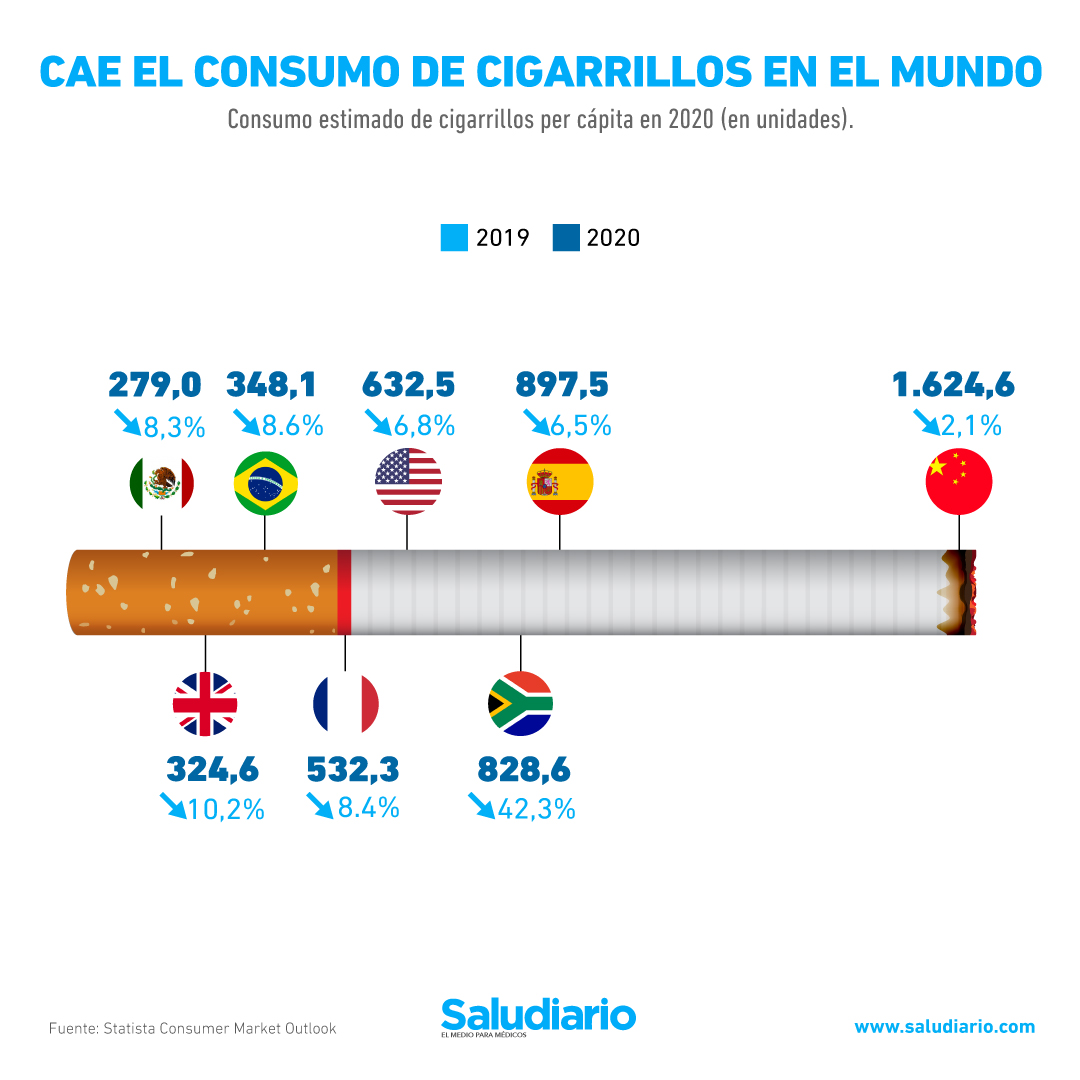 2020 will be a year that no one will forget due to the impact caused by the Covid-19 pandemic. This is an ongoing problem and could never go away if the SARS-CoV-2 virus becomes endemic. So far it has caused more than 4.9 million deaths and the number is increasing every day. While on the other hand it has also led to a strange effect that could be described as positive. In recent months there has been a reduction in the number of tobacco smokers in the world.

Index hide
1 What is this phenomenon due to?
2 Countries where there was a greater reduction

What is this phenomenon due to?

So far it is not clear if there really is a relationship between the two or if it is a coincidence. Although the truth is that since the appearance of this new disease it was alerted that smoking was one of the main comorbidities. At least one of the hypotheses is that this would have caused a change of mentality in some people to abandon or at least reduce their habit.

Similarly, the change in lifestyle adopted by millions of people could have influenced this trend. For much of 2020, the population had to remain locked inside their homes. Work and study activities were carried out remotely and in some cases this modality still remains.

In that vein, from the statistics of Statista Consumer Market Outlook It can be seen that during 2020 there was a considerable decrease in the number of tobacco smokers in the world.

Despite its frequent consumption as a supposed relief in stressful situations, it seems that even the anxiety and stress caused by the pandemic have not been enough to restore the attractiveness of this vice.

Read:  Tips to protect girls on the Internet

Countries where there was a greater reduction

As can be seen in the graph, in India the consumption of 1,624 million cigarettes was reported during 2020. The figure represents a decrease of 2.1 percent with respect to 2019. While in Spain the figure saw a reduction of 6.5 percent.

The most drastic number of tobacco smokers in the world occurred in South Africa due to a reduction of 42.3 percent over the past year. In this sense, it is pertinent to take into account that since March 2020 and for five months, the sale of tobacco in that country was prohibited as part of the response to the health emergency.

The same trend occurred in Mexico and last year the consumption of 279 million cigarettes per capita was reported. The figure represents a decrease of 8.3 percent. Regardless of the measures applied or the seriousness of the situation due to the pandemic, the popularity of this addiction seems to be on the decline.