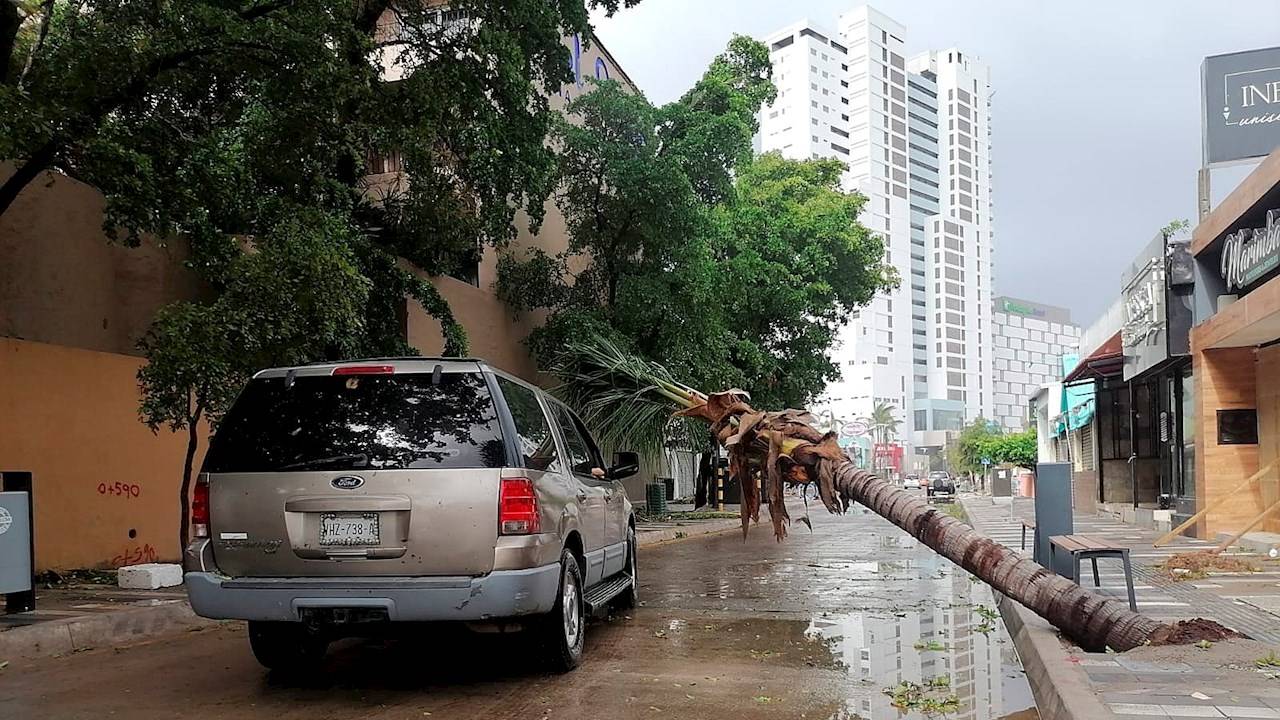 Pamela was downgraded to a tropical depression on Wednesday after making landfall as a hurricane on the west coast of Mexico, but continues to dump rain in several states, leaving fallen trees, damaged businesses and flooded streets.

Although the cyclone, which formed over the weekend in the waters of the Pacific Ocean, decreased its intensity, its cloud bands in interaction with a cold front cause heavy rains in the next few hours.

The National Water Commission (Conagua) warned that heavy rains are expected in Coahuila, Durango, Nayarit and Sinaloa; very strong in
Nuevo León and Zacatecas, and forts in Chihuahua, Jalisco and
Tamaulipas.

In addition, the agency indicated that there will be conditions for the formation of whirlwinds or tornadoes in Coahuila, Durango, Nuevo León, Tamaulipas and Zacatecas.

The impact of Pamela, as a category 1 hurricane on the Saffir-Simpson scale, occurred early in the vicinity of the San Ignacio municipality, in Sinaloa.

Lee: Pamela makes landfall in Mexico after becoming a hurricane

Authorities reported cuts in the electricity supply in the region, while in the tourist port of Mazatlán, public service employees had to clear avenues of fallen trees, as well as stones and debris that were washed away.

Pamela was located at 7:00 p.m. on land 165 kilometers northeast of Torreón, Coahuila, according to a report from Conagua and had maximum sustained winds of 55 kilometers per hour (km / h), when they had reached up to 130 km / h before making landfall.

Anticipating the heavy rains and winds that the cyclone brings, authorities reported Tuesday that dozens of temporary shelters were opened in Sinaloa.

Before reaching that state, one of the main agricultural producers and exporters in the country, the storm passed near the southern tip of the Baja California Peninsula, where important tourist centers such as Los Cabos are located, without any major reports being reported so far. damage.