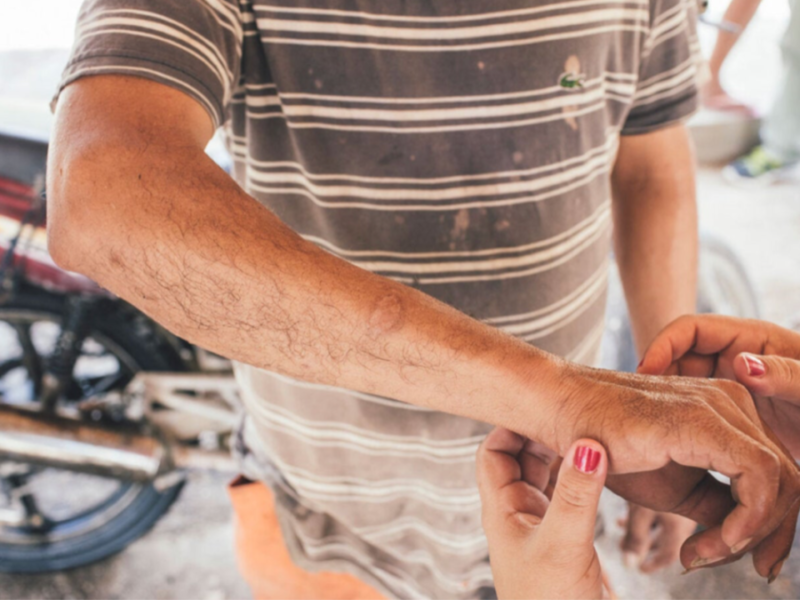 There are health problems that are often not often mentioned, although they affect a large number of people. A clear example can be seen with the leishmaniasis and for this reason the new guidelines for proper medical care were published. With this in mind, this is valuable information that you should know.

To put in context, the World Health Organization (WHO) states that this infection mainly affects the poorest populations on the planet. Each year there are between 700,000 and one million new cases and 20,000 to 30,000 deaths. With respect to Mexico, it is estimated that it is present in at least 22 states of the country.

Due to the above, today the Pan American Health Organization (PAHO) published updated recommendations on the treatment of leishmaniasis. It is one of the most neglected infectious diseases globally. What is most worrying is that, in its most severe form, it can cause the death of up to 90% of people who do not receive treatment.

Index hide
1 What does the disease consist of?
2 New guidelines for leishmaniasis care
3 Expand access to treatment

What does the disease consist of?

The leishmaniasis are caused by parasites which are transmitted through the bite of infected female sandflies, popularly known as chiclera, asa branca, moth, palha mosquito, torito, among others. Their presence is directly linked to poverty. In the Americas, the disease presents in three clinical forms: cutaneous, mucosal, and visceral.

The Cutaneous leishmaniasis is the most common and is endemic in 18 countries in the region, where around 54,000 cases are reported per year. 80% of them occur in Brazil, Colombia, Peru, Nicaragua and Bolivia. The mucous form represents about 4% of cases and is severe, since it can cause mutilations and disabilities.

The visceral, the most serious form, is endemic in 13 countries in the region, with an average of about 3,500 cases per year, 96% of them in Brazil.

In 2020 there was a reduction in the number of cases of the different leishmaniasis; however, this decrease may be related to the total or partial interruption of surveillance activities due to the COVID-19 pandemic.

The Guidelines for the treatment of leishmaniasis in the region of the Americaspresented this week at the 7th World Congress on Leishmaniasis, held in Cartagena, Colombia, seek to expand access to treatment and improve patient health outcomes.

The accumulated evidence made it necessary to review and update the 2013 PAHO recommendations. In this second edition, the regimens and treatment indication criteria for cutaneous, mucosal and visceral leishmaniasis in the regional context are detailed, by groups and specific conditions of the patients. The efficacy and safety of the different treatments are also detailed.

In the case of cutaneous leishmaniasis, ketoconazole has been eliminated from therapeutic options, the number of Leishmania species for which there is strong evidence of efficacy and a strong recommendation for the use of miltefosine has increased from two to four, and the The recommendation to administer intralesional antimonials is now strong.

With regard to mucosal leishmaniasis, a strong recommendation is included on the use of pentavalent antimonials with or without oral pentoxifylline.

And in relation to visceral lishmaniasis, the recommendation is strong for the use of liposomal amphotericin B, while the use of pentavalent antimonials and amphotericin B deoxycholate is now conditional. There is also strong evidence against the use of miltefosine in patients with leishmaniasis caused by Leishmania infantum.

Other important changes in the guidelines are the breakdown of the recommendations according to adult or pediatric patients, the inclusion of Leishmania species and, in the case of immunocompromised patients, the introduction of a strong recommendation against the use of pentavalent antimonials.

PAHO’s Elimination Initiative seeks to support the countries of the region to treat at least 90% of patients diagnosed with cutaneous leishmaniasis and reduce the fatality rate of visceral leishmaniasis by 50% by 2030. Currently, 83% of people diagnosed with the cutaneous form in the nine countries of the region for which data exist receive treatment, and 9% of people who contract the visceral form of the disease lose their lives.

Early detection, adequate treatment, follow-up and cure of patients with different clinical forms of leishmaniasis in the region it is essential to advance in the control of cutaneous leishmaniasis and in the elimination of visceral leishmaniasis as a public health problem.