Paco, the one with the empanadas; this would earn in a sale day 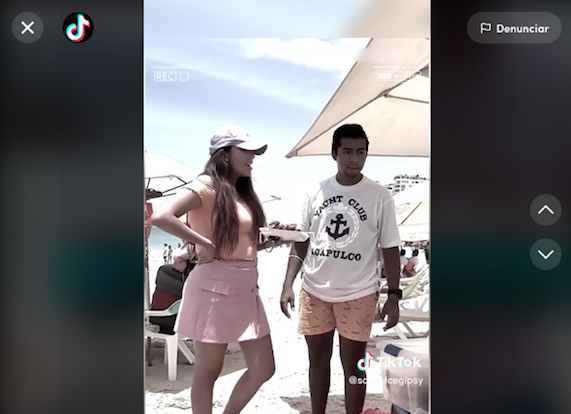 In a new video posted on TikTok, it has been revealed how much Paco, the famous empanada vendor who went viral a few years ago and who has become a phenomenon to follow in the field of sales, earns on a day of sale. entrepreneurship.

By now, it is no longer a secret that social networks work as a positioning tool not only for well-known brands, but also for small and medium-sized companies that are looking to grow their business.

The latter is revealed by Association of Entrepreneurs of Mexico (ASEM)an organization that, in one of its most recent reports, indicates that of the little more than four million micro, small and medium-sized companies, around 35 percent are led by young people between 26 and 35 years of age, all of them with entrepreneurial spirit.

And it is that, we must not forget that the arrival of the pandemic was a severe blow for a significant number of young people, who saw their jobs lost due to the closure of establishments, as an effect derived from the health emergency.

In this context, the Survey for the Measurement of the Impact of Covid-19 has revealed that, “for reasons associated with Covid-19 or due to lack of money or resources”, a total of 5.2 million people (9.6 percent of the total from three to 29 years old) could not enroll in the 2020-2021 school year.”. Given this, in many cases, the only solution was entrepreneurship.

Paco, the one with the empanadas; this would earn in a sale day

Years ago, even before the pandemic, social networks made the already known as “Paco empanadas” go viral, a young man from Acapulco, Guerrero, who became news for his peculiar sales style.

Read:  "I love you Walmart, but don't be too smart"; user benefits from sending error

The sympathy of the entrepreneur even managed to attract the attention of the businessman Arturo Elías Ayub, who, according to what was revealed some time later, offered the young man a floor of 37 thousand pesos per month, which he rejected.

Now, a new video published on TikTok, the social network of the moment, has revealed the amount that Paco, the one with the empanadas (as he calls himself on his social networks), would be earning in just one day of sale.

According to what is mentioned in the recording, The young entrepreneur sells each order of 4 empanadas for 200 pesos (50 pesos each) and his daily goal is to sell 340 units (empanadas). The total sum would give about 17 thousand pesos per day.

How much does a packet of empanadas sell? #viral #pacodelasempanadas

Currently, social networks are presented as an important platform for those who are dedicated to entrepreneurship and there are several cases of this type in TikTok.

One of the most striking was that of a young university student who launched her own business, which consists of selling sweets and for which, according to what she mentions in her TikTok video, in just two days she earned a little more than A thousand pesos.

In his story, He says that on the first day of sale he earned 800 pesos, while his initial investment was 300 pesos. For the second day, she was forced to invest another 200 pesos again, buying more variety of sweets, which, she says, she sells for 10 pesos per bag.

In the end, removing the 500 pesos that he invested during the first two days, he ended up earning 1,070 pesosas revealed in his video that, at the moment, has almost 6 million views.

I only sold two days and these were the profits!!! It should be noted that my university does not have a small store or cafeteria, so I took the opportunity to sell myself. What helps the most to sell is knowing how to interact with people. #foryou #foru #for you #forupage #foryoupage

Undoubtedly, looking to the future, it seems that the outlook for entrepreneurs looks more than friendly, especially at a time when the number of Internet users is growing year after year, as revealed by DataReportal’s Digital 2021 report.